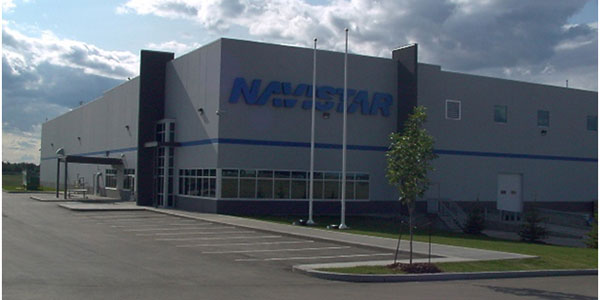 Navistar Inc. has announced several new initiatives that the company says are focused on customer uptime. To expedite parts deliveries to customers, Navistar is establishing a new Parts Distribution Center (PDC) in Memphis, Tenn., while also enhancing its dealer parts inventory management system to increase the breadth of parts already on its dealers’ shelves. In addition, to facilitate optimal engine calibration, new International LT Series and RH Series models built after June with an International A26 engine will be able to make cellular over-the-air authorized updates.

To be opened later this year, the Memphis PDC will be the company’s seventh PDC in the United States and its tenth in North America. The new PDC’s location in Memphis will enable Navistar to deliver parts the next day to over 95% of its dealers’ service locations, the company said.

“Establishing our new PDC in Memphis will allow our dealers to place emergency orders for replacement parts as late as 11 p.m. Eastern time, and receive the parts early the next day,” said Josef Kory, Navistar’s senior vice president of parts.

“A later cut-off time, combined with a faster delivery time, gives me the ability to better serve my customers and keep their trucks running on the road,” said Travis Thompson, dealer principal for Thompson International, which has six locations in Iowa and Illinois.

Podcasts: Podcast: How the coronavirus is affecting the truck market