What to make of new electric truck OEMs 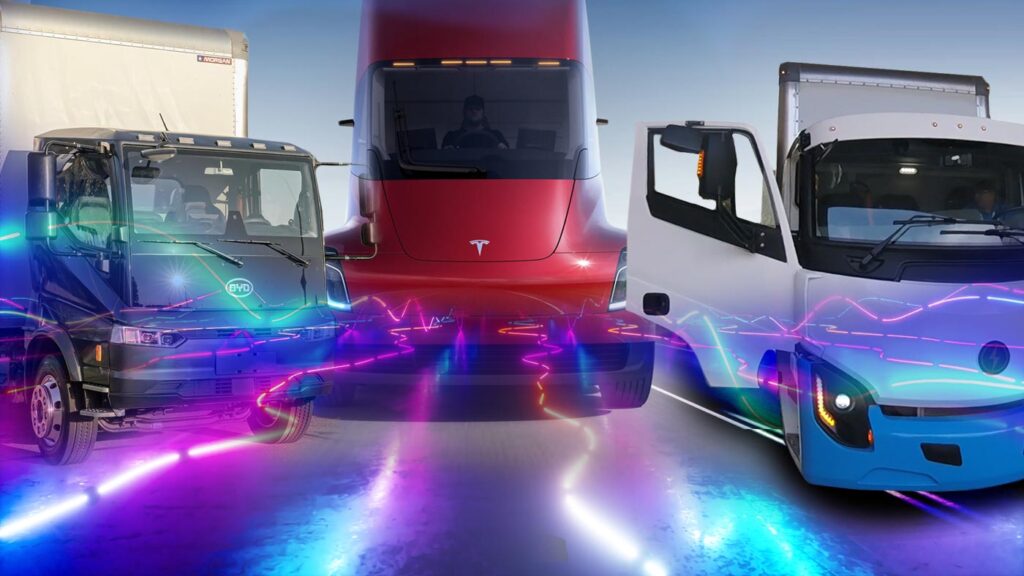 Let’s put aside the question of how an electric truck performs in fleet applications (it’s challenging enough), and we’ll focus on: Which electric truck? Four years ago, Tesla announced its Class 8 truck and put the industry on notice. It responded with Peterbilt, Volvo, Freightliner, Mack and Kenworth fielding their own battery electric lineups and putting them into real world fleet applications. (The series production Tesla, to date, is still vaporware.)

Electric truck powertrain technology has leveled the playing field, putting new names like BYD, Lion and Tesla next to established industry players–Freightliner, Volvo, Peterbilt, Mack, Kenworth, and International. Along the way, there have been some missteps–Lordstown Motors and Nikola to name two, but they’re still charging forward–and others have taken major leaps forward–Lion Electric and BYD both performed admirably in NACFE’s Run on Less—Electric.

Here at FE, a new truck OEM name hits my inbox seemingly weekly with a deluge of product announcements. We treat these newcomers with a hefty dose of skepticism. (The industry has been hurt before.) But that’s not to say that they should be discounted. In fact, we used ACT Expo as an editorial proving ground to kick the tires on new nameplates. Lion Electric ran an excellent route around the Long Beach area, and we have an interview with hydrogen fuel cell manufacturer, Hyzon Motors, CEO Craig Knight coming soon. (Obligatory plug: Subscribe so you don’t miss it!)

Aside from testing out the equipment for yourself, the aforementioned NACFE Run on Less Electric is one of the best sources of EV commercial application data. So when Dave Schaller, industry engagement director, NACFE, took to the stage at PSI’s annual customer event held in San Antonio last week, we took notice. This was the first NACFE presentation I had heard since the council had declared electric trucks ready for business (in some applications), and it offered insight into the ever-evolving EV OEM landscape.

“There hasn’t been a new OEM for decades,” he said as he flipped to the slide that you see below. “There’ve been, some of them were sold or renamed or came from another country, but there hasn’t been a totally new OEM. Now we have,” he motioned to the screen, “Rivian, Arrival, BrightDrop, Canoo, Volta, Lion, Tesla, Orange EV, Xos, Nikola, and Lonestar.”

Newcomers Lion, BYD, Orange EV, Lightning eMotors, Lonestar, and Motiv were all part of Run on Less—Electric and generated massive amounts of EV application data. Seriously, click one of those names and see what NACFE was able to pull from those trucks during the run. But not without a few headaches.

“We had some real headaches getting data off of some of these new trucks,” Schaller noted. “They’re not industry established companies; they don’t necessarily do things the way you and I would expect.”

And therein lies the disconnect. New OEMs might have the same goal as you–getting the job done with electric trucks–but we might not speak the same industry language. Something can get lost in translation when new OEMs aim to build trust with fleets. That’s not to say their equipment should be ignored. Schaller made a compelling argument for a new OEM need when he flipped to this slide:

“There are nearly 20-plus alternative fuels that companies are looking at to power medium- and heavy-duty vehicles,” he said. “There’s no way one OEM can possibly produce all these different variations. There are a lot of people with a lot of money and a lot of smart engineers and business people figuring out how to do all this.”

For fleets, Schaller acknowledged the task ahead of you. “It’s going to be a challenge of picking and choosing what you want to do in the future,” he said. “There will be some winners and some losers. There’s a lot of change going on.”

Make no mistake, the EV change is happening

It’s easy to see the constant flow of EV headlines and feel like this is all positioning and posturing. (Trust me, I know. I’m one of the ones churning them out.) But the shift is happening. It really, truly is. Fleets can’t turn a blind eye to it, even if you aren’t placing an electric truck order tomorrow.

“Right now in 2021, under 1% of the market is EV,” Schaller said. “When we talk about ‘crawl, walk, run,’ the industry is in the crawl stage. We’re just learning about EVs and how they’re going to work or not work for certain applications. But you’ll look out in a few decades, we’re talking about 25% of the production being EVs and working its way up to the top half of the year’s production by the time you get out to 2040.”

Along with that comes developments in clean energy, which can also seem far-fetched, but again: They’re happening.

“Do you know which area has the greenest energy in terms of usage percentage? How many think that percentage would be north of 25%?” Schaller asked the room of fleets from all walks, PSi and Meritor employees. No hands went up. “I felt the same way. But Quebec uses 99% clean energy because of the number of dams they have, plus solar and wind. Electric trucks there use green energy and move cleanly. There are certain areas that have different opportunities and that’s certainly one of them.”

In the United States, California is the poster child for clean energy and it’s where a bulk of today’s electric trucks are at work. Yet one glance at Run on Less—Electric, EV energy is spreading. Cincinnati; Otsego, Minn.; Georgetown, Ken.; Vancouver; New York City saw EVs rolling large in the run.

And this is just battery electric. Hydrogen fuel cell electric trucks are on the horizon. Daimler Trucks North America and Volvo Trucks North America both aim to have carbon-neutral truck lineups by 2039 and 2040, respectively. For every fleet, it’s time to start kicking the tires on what zero-emissions technology is going to work for your application. Talk with OEMs, both existing and new, on what they offer, how they support their vehicles after the sale and what partners they work with to answer infrastructure questions.

Also help yourself to a heap of Fleet Equipment content that can help inform your conversations: