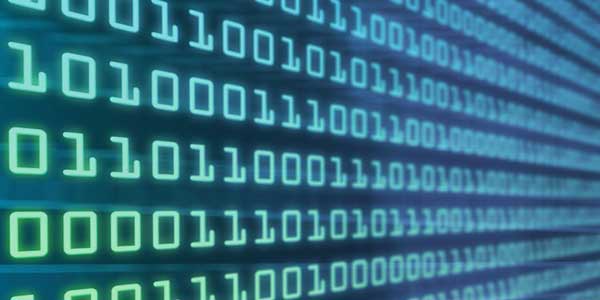 New software, updated software, data, reports, pie charts, graphs and charts do not fix the high costs of running a fleet. It takes management, people and processes to work toward controlling costs.

I recently received a call from a past client, a director of maintenance who is now a good business friend. He asked me about my experience with a certain software brand. I was very curious about this conversation as they have been using their software company for over 20 years. I happen to know this personally because when we cleaned out and reorganized their parts room, it was easy because all of the parts had bar codes on (faded) labels with the original date of purchase on the label. This fleet also had a long-term seasoned shop administration, parts manager and shop manager who had been stable for near the same amount of time. They were deep in VMRS codes, reason for repair, history and probably the best managed seasoned software with more history than the Second World War. They had their monthly and quarterly annual reports down to a science. Their parts usage system was in place with parts history galore. The PMs were set up, as well as vehicle repair history through numerous cycles of vehicles with numerous manufacturers.

All in all, the system was totally supporting the needs of managing the fleet, the accounting group, owners and the adrenaline rush for the data vultures.

So, the million-dollar question from me was, “Why are you asking?” He said, “The new guy wants to change software companies.” I asked him, “What is the reason?” He said he was not quite clear on the reason for change other than the response from the new guy was, “I like the other system better that I used before at my last place, and the incumbent software company wants XX dollars a year more for software support and licenses.” His boss also stated that this other new system will help lower their costs, because their costs are too high.

His frustration was that he and the staff had to go through all of this work to change the software, load the data and parts, clean up the data and lose all of the history, retrain all the technicians, create new reports and all the other aggravation that goes with operating dual systems. The only help the maintenance department got from the new boss was the demanding timelines of execution.

All of this was to save $11,000. My friend was smart enough to keep track of the costs of all this work, and they are currently three-fourths of the way through the aggravating parts, and the total costs are exceeding $100,000. By the way, I am familiar with both systems and one is older software with a small customer base and not such a good reputation with customer support, and the other with just the opposite and a larger staple of customers with a simpler, effective software that they have been using for 20 years.

A similar story: A current new client of mine, just prior to my getting involved, changed software four months ago from a VMRS dealer manufacturing system to an independent manufacturing system, non-VMRS based. Now, to break away from the vehicle manufacturing system was a good idea, but they dumped all the data and they got excited because it was also cheaper, they thought, and it has a hell of a PO system, but not even close to adaptable to any VMRS coding.

I got another call from a colleague who also has done consulting work for 20 years, and he was telling me a similar story. He had just gotten engaged with a fleet and the previous vice president of maintenance had been asked to take a permanent vacation. Upon taking over, my colleague found out that a new software company was trying to schedule the implementation of a new software maintenance package to the tune of $400,000. The owner of the company said that the former VP had convinced him that the only way he could reduce their maintenance cost was to implement this new software. My peer did some internal digging and the fleet was only using 30% of the software and was doing an awful job using what they had.

Now, I have experience with both of these software systems and they are both good VMRS-based software companies. Each may have their own sizzle and both will provide the same data output. Needless to say, that project was undone. He saw zero value in changing. He quickly knew that and was able to calculate the hidden soft costs, which would have been estimated at more than the software itself with higher annual fees.

The moral of the story is that new software, updated software, data, reports, pie charts, graphs and charts do not fix the high costs of running a fleet. It takes management, people and processes to work toward controlling costs.

No system is really better than another when you get Ford/Chevy-level software, so to speak. Yes, there are Cadillac-level software systems that have a lot more sizzle, but they do not lower your costs. That comes from digging in and managing every penny at the point of spending, in the trenches.

For clarification, yes, today you need a good, powerful software program in your fleet maintenance department, but not a new system to change to. That is just another way to hide behind the real issue: Experience. Maybe senior management/ownership needs to follow one of my rules of engagement, MBWA: Management By Wandering Around, not by walking away.

Advertisement
In this article:Service, Telematics