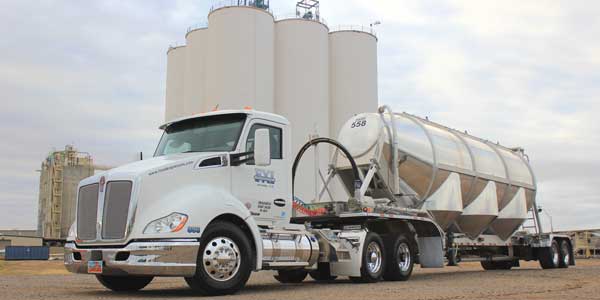 After nearly 35 years in the trucking business, Kevin Keeney believes strongly that the only way to remain successful is to meet customer needs. It’s an approach the vice president of Food Express applies in different areas of the bulk hauler’s operation.

Founded in 1983 by Keeney and his parents, Walter and Joanna, Food Express began hauling bulk corn starch and bakery flour between central California and the Pacific Northwest. Over the years, the business has expanded into other commodities, including malt barley for the craft brewing industry, sugar, sweeteners, food grade vegetable oils, plastics and non-hazardous chemicals.

Today, Food Express has terminals at its Arcadia, Calif., headquarters and in five locations from Phoenix to Seattle. The original seven tractor-trailer fleet has also grown and now numbers 209 power units and 360 trailers. Power units are a mix of day cabs and sleeper-equipped models. Trailers include food grade and non-food grade pneumatic, vacuum pneumatic, liquid and dry bulk units.

“In bulk hauling, weight is everything; so as vehicle weights grew, we had to adjust,” Keeney says. “We bill by the truckload so the ability to carry more payload is added value to our customers. If we can reduce the empty weight of a combination by 2,000 lbs., roughly every 25th load is free because we’ve improved carrying capacity and productivity. 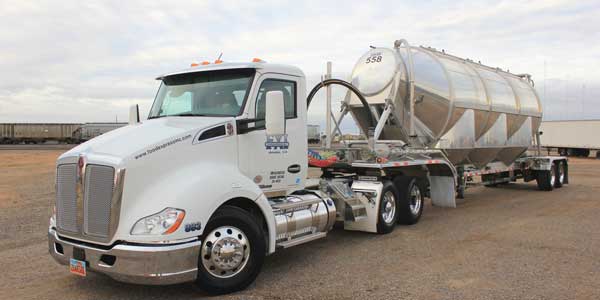 “Weight saving specs may come at a cost,” Keeney continues, “but we feel that the payback is in customer satisfaction, which leads to long term relationships and stable business for us. Added payload capacity is a customer retention tool. If we can haul more than our competitors, our customers see great value in that, and in our company.”

Keeney is also quick to note that Food Express actively leverages relationships it has with suppliers to provide that value to customers.

“In 2016,” he relates, “we offered a challenge to five truck manufacturers. We told them to forget about price for the moment and to focus on ways we could lower the weight of our tractors in a vehicle that would meet our operation’s needs.

“Throughout the process we made sure everything was completely open and visible,” Keeney says. “If one OEM presented an idea, or if we found a system or component we thought might work, we shared it with everyone.”

The result for Food Express was a decision to spec Kenworth T680 day cab tractors that weighed about 1,500 lbs. less than the models they replaced. After placing an initial 26 of the T680s in service last year, the carrier recently ordered 26 more units.

“The biggest contributor to weight loss in the T680s was the PACCAR MX-11 engine, which saves 400 lbs. over other engine choices,” Keeney explains. “We also purchased some T680s with 40-in. sleepers, so on longer runs our drivers have space for rest periods, or to ride out weather delays. The 40-in. sleeper is very light compared to other units in our fleet.”

Along with weight savings, Keeney says the new T680s at Food Express are also more fuel efficient than previous makes and models in the fleet.

“Today’s trucks are smarter and they have some of the latest safety technologies available,” he says. “We have always taken a robust approach to safety. We were spec’ing radar-based anti-collision systems as long ago as 1998 and we began using lane departure warning systems ten years ago.

The initial T680s at Food Express, purchased through Inland Kenworth, are in service in Phoenix and Fresno. The company, Keeney notes, tends to partner with dealers in the markets its serves. Inland Kenworth, for example, has locations throughout the carrier’s southern California, Arizona and Pacific Northwest operating areas while Jackson Group Peterbilt is meeting needs in Utah where the dealership has a large footprint.

Maintenance, repair and warranty work on the Food Express fleet is handled by a combination of dealers and in-house shops.

“It depends on the market, but aligning with suppliers in the markets our company serves goes a long way toward meeting our goals,” Keeney says. “We apply that strategy to truck buying and to service needs.

“Loyalty stems from trust in this business,” Keeney adds. “Our customers trust us to get the job done cost effectively and productively. In turn, we put our trust in the manufacturers and dealers that can best help us make that happen.”

Advertisement
In this article:Fleet Profile 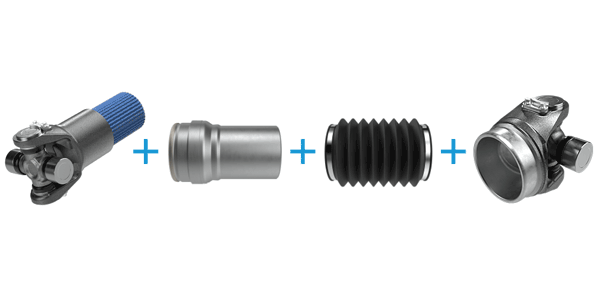