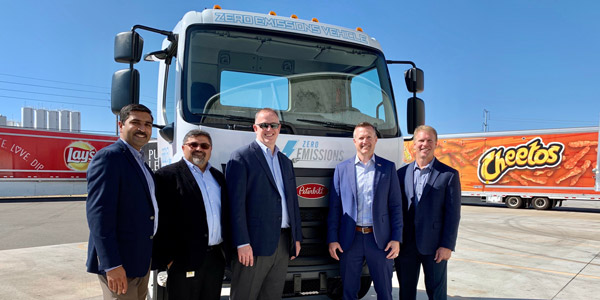 The zero-emission 220EV is powered by two battery packs with a total capacity of 148 kWh and a Meritor Blue-Horizon two-speed drive eAxle. It features a range of more than 100 miles and a recharge time of one hour.

Peterbilt’s Model 220EV was introduced at CES in January 2019 and now joins the Models 579EV and 520EV in customer field trials. In addition to customer testing, Peterbilt is engaged in validation testing at the PACCAR Technical Center (PTC) in Mount Vernon, Washington.

Advertisement
In this article:Electrification, Frito-Lay, Peterbilt