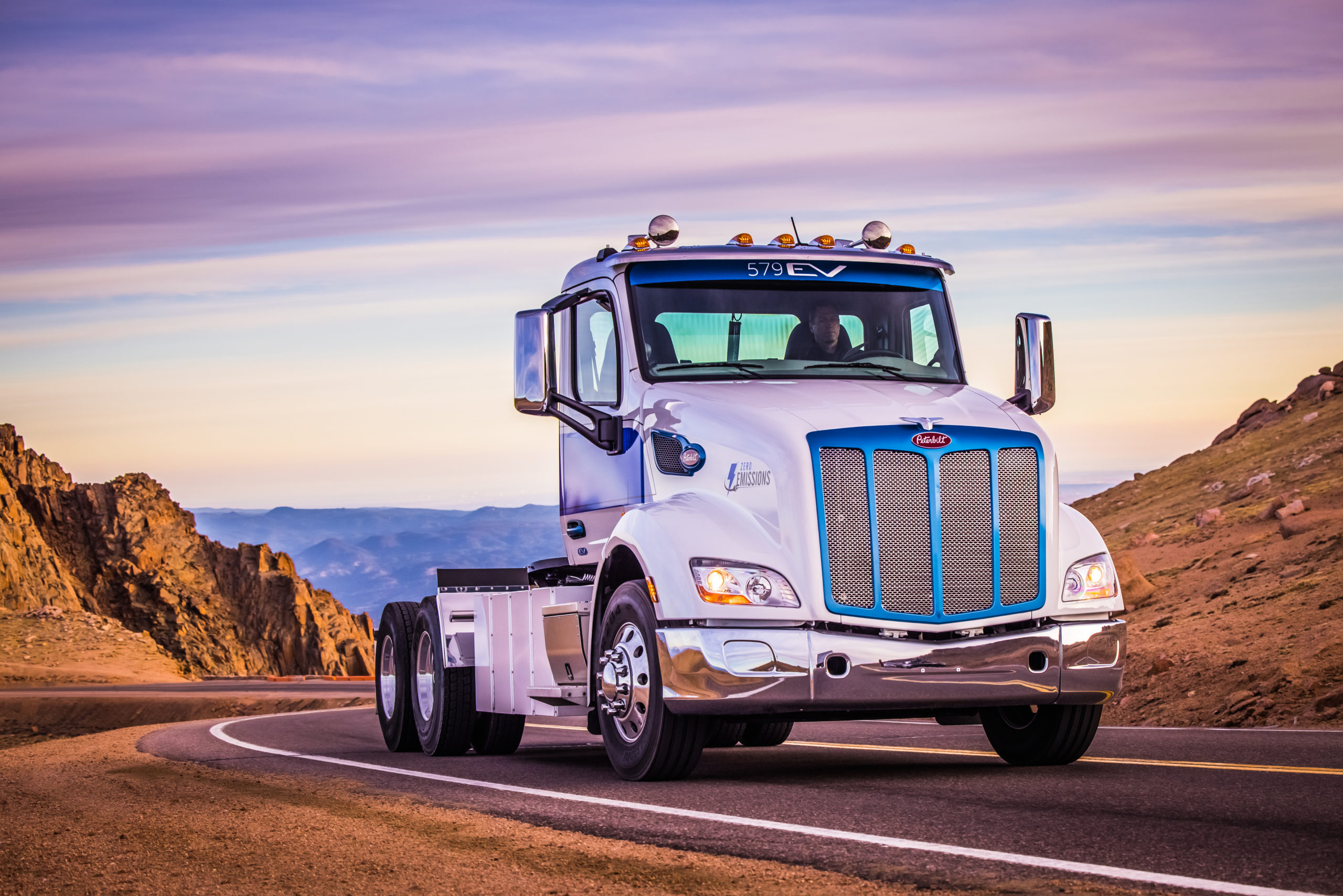 Peterbilt recently demonstrated the performance of its zero-emission, battery-electric with a climb to the summit of Pikes Peak, the company shares.

Peterbilt tackled the challenge of climbing to the top of Pikes Peak, or “America’s Mountain,” to highlight the 579EV’s power capabilities and drivability, even under extreme road conditions and cold temperatures, the company says. The the ascent to Pikes Peak’s summit at 14,115 ft. has an average grade of 7% and incorporates 156 turns over the last 12.42 miles.
Over a three-day period, the 579EV made the journey up Pikes Peak multiple times, each time using the recovered energy from regenerative braking on the descent to recharge the high-density battery packs to repeat each climb.

The achievement was captured on video and can be seen here.

Advertisement
In this article:Electrification, Peterbilt

Join a live conversation with Volvo Trucks executives this Wednesday

ACT Research: Used Class 8 truck sales are up
Connect with us