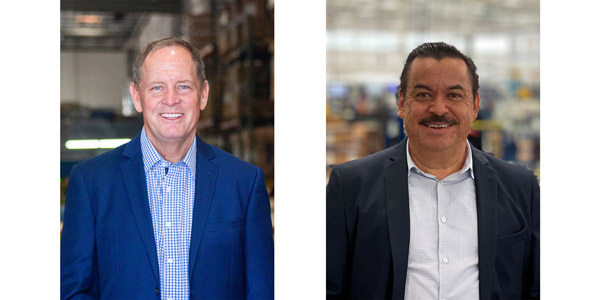 Five distinct strategic business units (SBUs) have been created to focus resources on specific markets in order to be even more responsive to customer needs and innovative in product development.

Effective Oct. 1, Phillips Industries has restructured their business. Five distinct strategic business units (SBUs) have been created to focus resources on specific markets in order to be even more responsive to customer needs and innovative in product development.

New SBUs organized under the Phillips corporate umbrella are Phillips Aftermarket, Phillips OEM, Phillips Connect Technologies, Phillips Asia-Pacific, and Phillips Europe. Each SBU will have a separate board of advisors to assist in business and performance planning to promote successful strategies within their distinct markets.

“We are at a place with our business today where doing things the same way will simply not allow us to grow at the pace which we have in the past. We’ve over-stretched our existing organizational structure and are showing signs of becoming ‘too corporate.’ In our business, big doesn’t beat small. It’s the fast that beats the slow, and we are reorganizing in a way that places customer responsiveness and the ability to be flexible as our highest objective. We were raised on ease, flexibility, and a TNT (today, not tomorrow) attitude. By breaking into smaller, more focused businesses, we will continue our tradition of being incredibly easy to do business with,” commented Rob Phillips, president and COO of Phillips Industries.

Along with the restructuring announcement come two senior leadership promotions:

Rob Myers has been named as president of the newly established Phillips Aftermarket business unit. As a board member of the heavy-duty marketing and sales forum, he is recognized as a knowledgeable individual within the industry, Phillips says. He was promoted from director of sales to vice president of sales in 2017. Under his direction, the sales growth at Phillips has grown exponentially since 2016, with the percentage of growth in the double digits, the company says.

Filiberto Coello will take the helm as president of the Phillips OEM Business Unit. Coello joined Phillips in 2008 as general manager of Phillips’ Electrical Harness Division in Arteaga, Mexico. He came to Phillips with a strong background in lean manufacturing, Phillips said. Over the course of his career, Filiberto has been instrumental in the development and expansion of Phillips EHD, which has experienced 600 percent growth since 2008, the company added. EHD has received numerous ‘Masters of Quality’ Awards from Daimler and has the lowest standard lead time in the industry, delivering custom harnesses in just two to three weeks. Coello was promoted to the position of general director in 2011 and has maintained director-level positions throughout his career at Phillips.