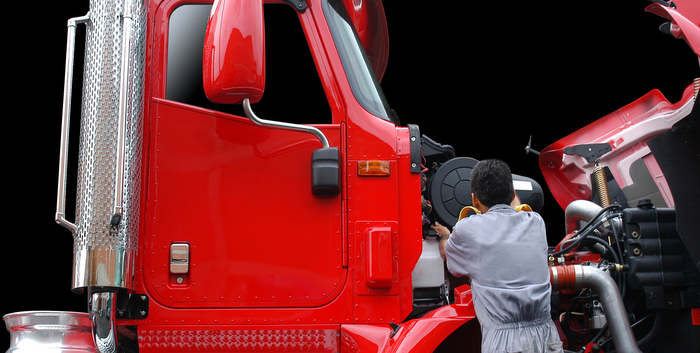 May I ask a favor? It’s OK—I’m not trying to borrow money or power tools. What I really need is for someone to explain to me, in terms that are both simple and concise, what the issue with speed governors is. I am prone to confusion about many things, but speed governors and heavy trucks? What is the problem here?

This debate started 10 years ago, when the American Trucking Association (ATA) and Road Safe America petitioned the Federal Motor Carrier Safety Administration (FMCSA) introduced speed governors as a mandatory spec. While there is a lot of regulation and legislation surrounding the trucking industry that causes me to stop in my tracks and splutter, this suggestion was not one of them.

Speed governors would seem to improve both safety and fuel efficiency. Unless I have been operating in a parallel universe for the past 25 years, safety and efficiency have always been highly regarded in transportation. Many fleets now outfit the governors as standard without being required to, and again I ask: What is the problem?

The ATA describes such mandatory spec as “common sense regulation.” This seems a fundamentally logical stance to adopt. Owner–Operator Independent Drivers Association (OOIDA), conversely, argues that, “When cars and trucks operate at different speeds on the highway, there is a significant negative impact on safety. Traffic is more dynamic and less predictable. Accidents increase.”

Accidents don’t increase when traffic is more dynamic and less predictable. Accidents increase when people drive like idiots. From my point of view, the OOIDA logic does not work.

Oliver Dixon always delivers. Click here to read more of his columns from the pages of Fleet Equipment.

I have experience driving in both regulated and non-regulated environments in terms of speed governors. They were made mandatory in Europe around 1993, and therefore, it is instructive to look at the accident statistics therein. In 1992, there were 71,535 fatalities on European roads. In 2013, for the same area, there were 25,938 fatalities. I am not trying to suggest that the mandatory spec’ing of speed governors caused this reduction—far from it—but my math won’t allow me to get to a place where speed governors increase accidents but fatalities fall by 64%. And goodness knows I have tried.

Finally, as a simple issue of industry PR, the impact upon the public psyche of driver in a hurry, blowing the mirrors out on a Middle American family ensconced in a sub-compact, is unlikely to be a positive one. How you make an argument for unrestricted speeds for heavy trucks to the public at large and make it sound in any way coherent is beyond me.

Once again, there is much to question concerning much of the regulation that impacts transportation—no one is arguing with that—but this is really common sense. There is a blunter way of looking at this issue: If you are one of the naysayers here, and your business model demands that you have to drive an 80,000 lb. truck at speeds in excess of 65 MPH to make a living, might I respectfully suggest that, in this instance, it isn’t the regulation that warrants criticism but your business model. It’s time to be sensible about this.

Advertisement
In this article:American Trucking Associations

Pondering the issue of speed governors