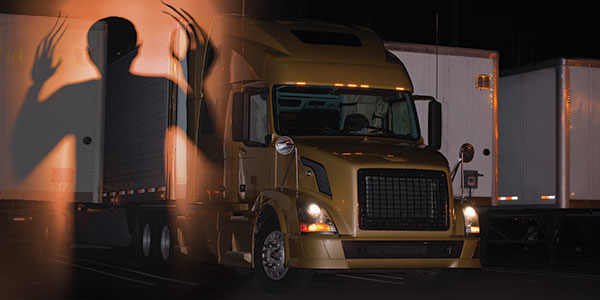 When we talk about parasitic loads, we are quick to point the finger at drivers and their expectations of home-away-from-home creature comforts. That means TVs, microwaves, refrigerators, game systems and DVD players—all of which end up putting significant strain on a truck’s battery and electrical system.

However, there are other power-hungry parasitic monsters lurking within today’s trucks—the plethora of electronic control units (ECUs).

“Newer trucks can have as many as a dozen or more computers, also known as ECUs or body controllers,” says Jeff Brakley, senior marketing and business development manager of truck, heavy transportation, military and aerospace at Maxwell Technologies. “These devices are always active, with constant draw on batteries. Most truck manufacturers strive to maintain less than 0.5 amps of parasitic loads on their vehicles, but some aftermarket equipment may increase that parasitic load drastically.”

“Another fleet we visited,” Brakley continues, “had installed GPS tracking systems on every truck. We installed a voltage and current data logger overnight to record the effects on the batteries. The fleet programmed its GPS systems to transmit data location once every minute. Our measurements found this added another 0.8 amps of parasitic load. When combined with the normal parasitic loads, the total exceeded 1.2 amps of continuous load on the batteries, even when the truck was parked overnight.”

According to Brakley, the general industry rule of thumb is to avoid discharging the battery pack below 30% of its capacity. With the typical Class 8 truck having four batteries with a total of 400 amp hours of capacity, that means 120 amp hours is the goal to stay above.

It’s a delicate balance for fleet managers: The fleet needs its drivers to be comfortable and have the best experience to retain them, but the truck needs to be fully functional. Spec’ing the proper electrical components is paramount in meeting both demands. So let’s talk about equipment solutions. 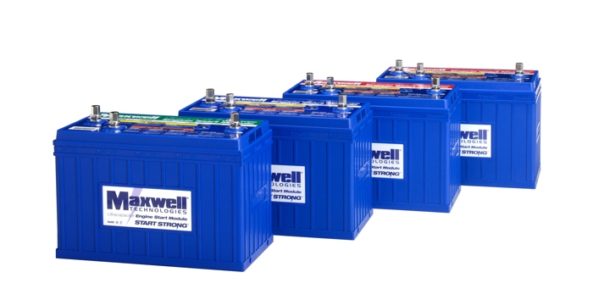 “Most OEMs now have LVDs on their tractors. Inverters are normally connected directly to the battery pack that ‘bypasses’ the vehicle LVDs,” says Bruce Purkey, chief creative engineer at Purkey’s Fleet Electric. “Purkey’s inverters have LVD built into the inverter so that the driver gets the power needed, but the tractor has enough energy left in the battery pack to start, thus satisfying both the fleet’s needs [that the tractor starts] and the driver’s needs [power for his creature comfort needs]. It is always a compromise.”

With increased stress on the truck’s batteries, fleets need to be sure that the batteries they choose are up to the challenge.

“If a fleet adds electronic loads, it should make sure the batteries selected can provide sufficient energy for the fleet’s typical engine-off operating profile,” Brakley says. “The fleet also has to consider what part of the country it operates in and how the ambient temperature will affect battery capacity and life. Adding various electric loads will also discharge the batteries faster when these loads are on while the engine is off. This is where it becomes critical to ensure the alternator is sized appropriately to fully recharge the batteries when the engine is running.”

Brakley went on to recommend Maxwell’s battery alternative, the Engine Start Module (ESM). According to Brakley, the ESM is an ultracapacitor that was designed specifically for cranking heavy commercial vehicle engines, leaving batteries to power the other electronic loads. The ESM can crank a 15-liter engine even if the batteries have been severely discharged from hotel loads running overnight, Brakley added. 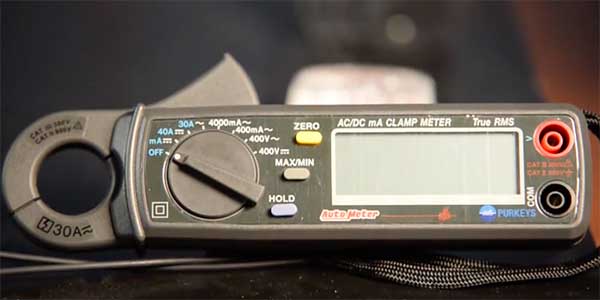 Spec’ing the right equipment, while vitally important, can’t solve this problem alone. A significant burden must be placed on the drivers to make sure they are following proper electrical practices such as being sure not to leave devices on overnight unnecessarily. In turn, fleets need to ensure that their driver training programs adequately address this issue.

“We often hear anecdotal information from fleets experiencing no-start failures,” Maxwell’s Brakley says. “Fleet managers try to control their system parasitic losses and prevent no-starts by installing low-voltage disconnects (LVDs) and battery cutoff switches, but savvy drivers find ways to bypass these systems so they can power their engine-off hotel loads overnight for longer periods. We have also heard stories of drivers wiring in their own inverters and other devices after they leave the yard to provide additional creature comforts during rest periods. These situations are difficult to combat, but can be addressed with proper driver training that explains how these practices adversely affect fleet operations.”

There is more the fleet can do to combat this problem beyond training.

“Changing the OEM- or truck fleet-supplied inverter to a higher power unit that will reduce support time and possibly deeply discharge the truck batteries to a point of no start,” EnerSys’s Essig recommends.

“Anything that could pull power from a 12-volt source on the tractor, such as phone chargers, should be pulled from the tractor,” stresses Purkey. “In this manner the vehicle LVD can operate and protect the tractors electrical system as designed. The inverter should only be used for high current loads such as a micro-range oven. Devices like a refrigerator that pulls low currents [4 amps or lower] are normally fine overnight [4 amps x 10 hours = 40 Amp/hrs.] but if they leave these devices on over the weekend [4 amps x 72 hours = 288 Amp/hrs.] no starts and reduced battery life can result. It is all about the amount of load and the time it is on.” 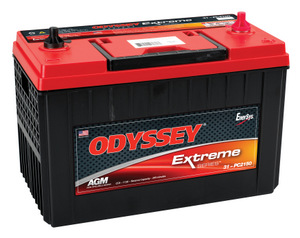 Extreme temperatures—both on the hot and cold end of the spectrum—can wreak havoc on a truck’s electrical systems, so fleets need to be sure that each truck is adequately prepared for the routes it runs.

In hot weather, fleets need to be aware of increased depth of discharge, which can result in shortened battery life.

“During the hot summer months, batteries tend to sulfate [the crystallization of lead sulfate] and lose their ability to accept a full charge over time,” Maxwell’s Brakley adds. “This may happen faster for tractors with full-side fairings that tend to trap engine heat in the battery box. Sulfation may not lead to problems immediately, but when winter arrives and the batteries naturally lose capacity during the first cold snap, the effects of sulfation from the summer will result in a no-start.”

“High heat reduces service life in batteries and electrical components,” Essig says. “Battery service life can be reduced by 50% for sustained operation at 95ºF versus 77ºF.”

The impact of cold weather is different, but no less problematic. According to Brakley, batteries may lose 50% of their capacity in below-freezing conditions. Brakley again recommends the Maxwell ESM, which he says is not affected by cold temperatures, and will function as well at -40°F as it does at 150°F.

“The colder it gets, the more current it takes to crank the engine,” Purkey says. “So if you want a successful crank in cold weather you need to have a battery pack that has enough energy to provide the necessary energy to crank.”

“Temperature fluctuations can also affect the integrity of the terminal connections on the batteries, ESM, starter and alternator,” Brakley concludes. “We recommend testing the batteries, and cleaning and re-tightening all connections during each preventive maintenance cycle. Loose connections somewhere in the starting and charging system are the number one cause for starting problems on heavy commercial vehicles.”

Power outage prevention: How fleets can combat the growing problem of hotel loads