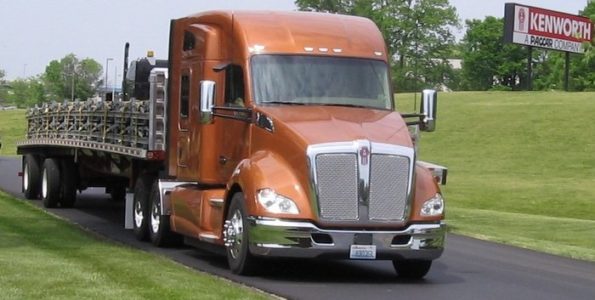 Kenworth Predictive Cruise Control combines GPS with cruise control to deliver enhanced fuel economy, the company explained. The system uses topographical GPS data inputs to aid cruising speed efficiency. As the truck enters certain types of terrain, such as rolling hills, the system modulates cruising speed to optimize performance. For example, as the truck ascends and crests a hill, Kenworth Predictive Cruise Control will allow the vehicle speed to drop slightly below the set cruise speed. This boosts fuel economy since the truck is now using momentum instead of fuel to maintain set cruise speed.