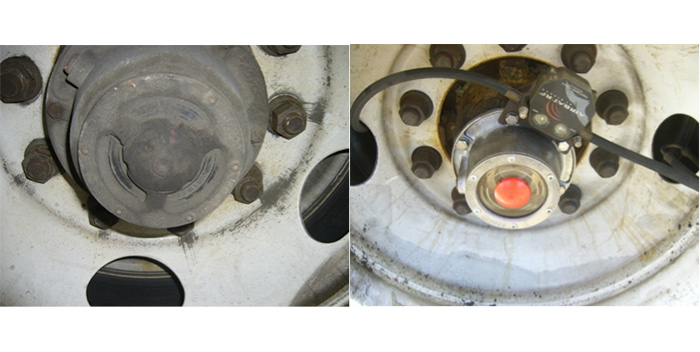 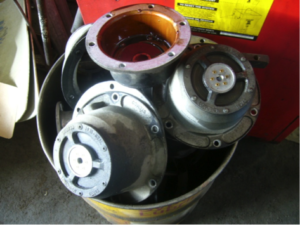 I do a lot of wheel end failure and wheel off legal cases that become very scary and dangerous. There is no question that in the past few years, there has been tremendous energy placed on wheel off situations and maintenance to prevent such devastating situations that I have seen, which in many cases end in a fatality or a near-death situation that leave the person mentally and physically harmed for life.

The ATA’s Technology and Maintenance Council (TMC), along with TIA, have done an outstanding job recommending practices and training within the industry, so the stage has been set for where we need to be. The industry has pushed for better wheel seals, better installation, semi-fluids for slower seepage, better venting, and synthetic oils for those who prefer oil as opposed to grease or semi-fluids. These fill practices and wheel end torquing have been perfected through the years.

The industry has also emphasized lug nut torque, cleaning rust and corrosion from rims, special tools and quality control of rim painting with more fleets exiting to aluminum wheels. The inspection of studs and total concerned with many fleets turning to air torque wrenches 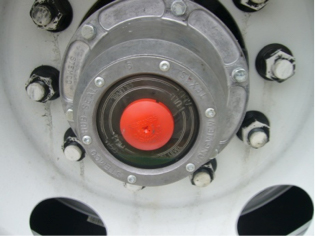 With all that said, why don’t many fleets inspect the hubcaps for the intended usage? Most maintenance shop personnel overlook these practices—they may remove the plug and check with their finger, but when the lenses are stained from age or the using gear oil, there is a tendency to overlook it and ignore the replacement of the cap or lenses. In most cases, the removal of the window screws becomes a problem, and it becomes more cost-effective to replace the caps. It is also quite shocking to me that the same attitude exists when it comes to cleaning of the grimy caked residue that blocks the ability to see the fluid level. Is this lack of replacement due to budget, time, attitude, procedure or laziness?

This happens to be a pet peeve of mine. When I’ve asked this question, the common answer tends to be that “I was unaware of that,” “I do not have enough time,” “we do not stock the parts” or “the driver did not write it up.”

So when we lose a wheel end, the general answer is the bearing failed, hiding that there was failure for lack of lubricate. We also blame the driver because 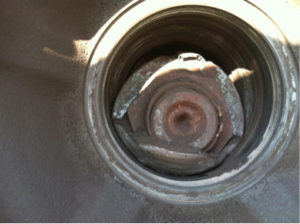 during his required pre-trip inspection, he or she did not check the oil level and it was low, so therefore he or she is to blame and could be fired for not following procedure. We tend to believe that the driver should or will clean off the grime on the hubcaps, or to have a flashlight to see through the darkened window, or better yet, he will pull the plug, which is no longer pliable and now still sink his finger to the first knuckle. This is just not going to happen in the real world.

The driver is going to race around the vehicle and jump in the truck to make his run. He is not going to report it from a drop yard; if he did, he would have to wait two unpaid hours to be repaired, and won’t be able to service all his customers on time. When the wheel comes off during the blame game he is going to go to his grave arguing that the hubcap was full when he did his inspection.
So in summary, shouldn’t we clean or replace the cap so the driver can visually inspect each wheel end during pre-trip inspections? 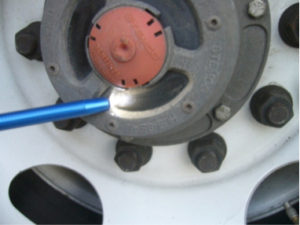 I would suggest a review of your company procedures in this area. Determine what is really going on, and do not rely on the drivers to alert you that the caps are dirty or the plugs are too hard to remove. It is our responsibility to ensure that maintenance is performed correctly and, in my opinion, the ability to clearly see the oil level by the driver or by the Department of Transportation each time is purely disaster prevention, and not budgetary or procedure. Better us than an attorney!