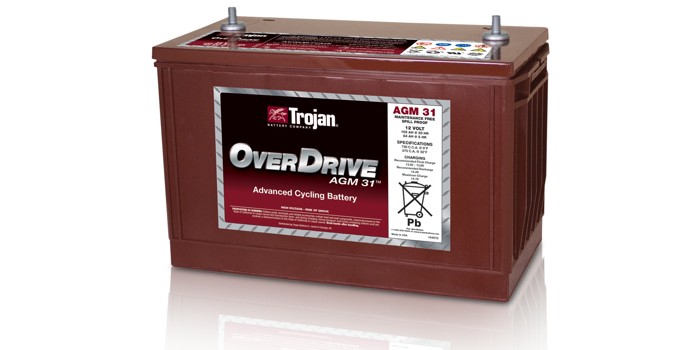 Starting, cycling, electrical systems, onboard computers, hotel loads—the demand for power from the truck is at an all-time high. As a fleet manager, it’s your responsibility to ensure the truck starts day-in, day-out, while drivers demand today’s advanced creature. It all comes down to one basic premise:

Battery charging issues are a result of having an alternator that is not the right capacity to properly match the energy taken out of the batteries to operate hotel loads. If an alternator does not provide enough power to charge a 31 AGM battery, that battery will prematurely fail, Bisaillon explained.

To avoid this, fleet operators must ensure that the alternators used on their trucks are the proper size to effectively charge the batteries that power these loads. Also, fleet operators must ensure that their trucks are outfitted with a battery that has the proper capacity to handle the combined electrical loads. This is a simple fix to effectively power these demands, but unfortunately is not being done, which results in premature battery failure. 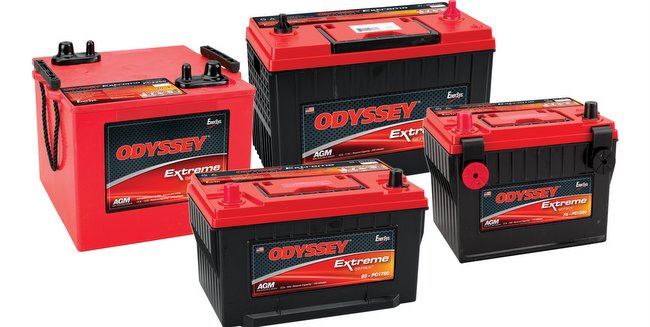 “Batteries subject to hotel loads need to be able to handle a large number of deep discharge cycles—cycle life is critical, along with cranking power,” says Maria Orlando-Krick, marketing manager of specialty products, Americas at EnerSys, brand manufacturer of ODYSSEY batteries. “The battery technology exists to handle cycle life and engine start capability, but there is a cost. The wrong battery type will lead directly to increased fuel use and wear on the engine almost daily, so specifying a smaller, non-cyclic battery is a false economy.”

For newer AGM-VRLA batteries, the initial cost of the battery is more than offset by fewer battery failures and less frequent replacement, as well as a reduction in the time needed to maintain the fleet’s batteries. A major trend in the industry in regards to batteries is the increasing acceptance of AGM battery technology.

“Trucking fleets are quickly realizing that a well-designed AGM battery can provide a broad array of advantages over flooded technologies such as longer life, more run-time and less maintenance, which all add up to more time on the road and less time in the shop to replace inferior batteries,” Bisaillon says. “Slowly but surely, trucking companies are changing their thinking on AGM technology.”

Depending on whom you ask, the percentage of AGM batteries being spec’d on new equipment can range from 10% to 40%. The discrepancy of the numbers may be explained by a growing acceptance of AGM technology and early adopting fleets that spec’d AGM batteries several years ago and still have trucks going strong without the need for spec’ing new equipment.

Maxwell Technologies is making a push into the medium- and heavy-duty markets with its ultracapacitor-based Engine Start Module (ESM). The ultracapacitors are isolated from the other truck batteries through our internal DC-DC converter, which draws only 20 amps when charging for a few minutes, and then shuts off automatically and draws less than 0.01 amps from the truck batteries. The ESM is always ready to crank the engine since it derives its power to charge the ultracapacitors from the other truck batteries and is not dependent upon the alternator for recharging. However, it is not an energy device like batteries, which can provide stored energy for hours.

The ESM installation procedure requires that its output terminal is connected only to the starter motor and not to any hotel/parasitic loads. Such loads remain connected to, and powered by, the lead-acid batteries. The ESM’s internal DC-DC converter has an input voltage range of 9 to 18 volts, so, even if the other truck batteries are severely discharged, the ESM will remain fully charged and able to crank the engine. If the truck is running only on batteries without the ESM they would most likely be unable to crank the engine when the battery voltage falls below 11.3 volts.

“This is where the ESM really helps, says Brakely, because parasitic loads on a battery system sitting idle for extended periods could easily discharge the batteries down below 12 volts. As long as the batteries have at least 9 volts to power the truck engine control unit, the ESM will remain fully charged to crank the engine. Additionally, once the ESM is fully charged, it goes into a sleep mode where it draws less than 0.01 amp from the batteries.”