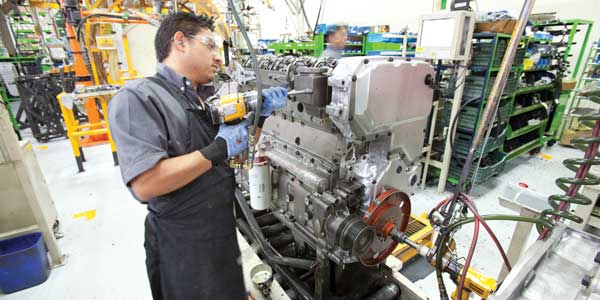 These days, there are even more advantages to purchasing reconditioned/remanufactured engines than there have been in the past.

According to Stanford Siy, heavy-duty and high horsepower ReCon engine product manager for Cummins, “A genuine Cummins engine for used equipment gives owners a way to increase their return on investment on their tools for trade. For available ReCon engines, this is the business owners’ way to significantly increase productivity through minimizing downtime—whether it’s the downtime coming from a major engine breakdown, or even just by using a dependable refreshed product backed by a warranty and service network.

“By replacing their old engine with a ReCon engine,” Siy continues, “they are able to improve their fuel economy as ReCon engines come with technological improvements and are, in essence, brought back to their original efficient states when they were new.”

Siy goes on to say that the remanufacturing standards followed are either the engine’s original specification when it received the EPA certification or better. This ensures either a like-for-like replacement or even an improved compliance to standards.

“ECUs [ECMs] are part of the remanufacturing process,” he says, “which ensures that electronics are kept up to date while ensuring compatibility to their chassis.”

Asked about cost-effective service options, Michelle Pratt, marketing development manager for Detroit Diesel Remanufacturing, says, “Detroit Reman engines restored to original factory performance specifications are often improved from the original product with engineering updates and enhancements that are widely and readily available, which also provides a green choice that reduces waste and saves energy. The emission guidelines are followed to ensure that the engine is remanufactured to the same performance specifications as the original engine. All our engines are tested for performance before shipping to the customer.”

“Remanufactured electronic control modules,” Pratt continues, “provide a cost-effective alternative to new parts and offer the same performance, durability and reliability. Detroit Reman’s integration with the OEM gives us access to OE performance requirements—specifications, prints and suppliers—resulting in a product with performance as good as the original, putting us ahead of rebuilders.” 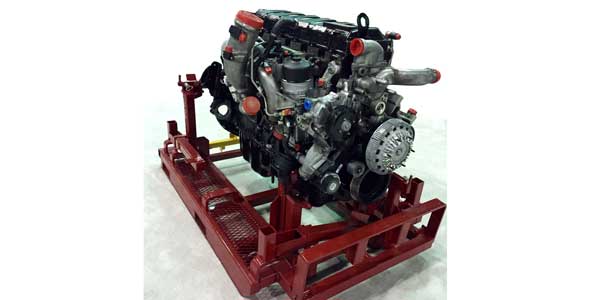 “The cost of a remanufactured engine is typically 20% to 30% lower than a brand new engine, and the engines provide the exact same warranty as a new engine,” points out Chintan Sopariwala, general manager of reman and core operations for Navistar.

The price difference between a new and a reman engine can be substantial—and quickly multiply for a fleet with hundreds of vehicles, according to Sopariwala. Navistar reman engines also come with the same warranty as a new engine.

“In most cases, fleets can use an existing ECU from a failed engine while replacing it with a reman engine,” Sopariwala adds. “Navistar is working aggressively to expand its offering of remanufactured ECUs.”

OEM authorized dealers have the knowledge and the tools to reprogram and install a reman or a new ECU on a remanufactured engine, Sopariwala says. In most cases, fleets can use an existing ECU from a failed engine while replacing it with a reman engine. 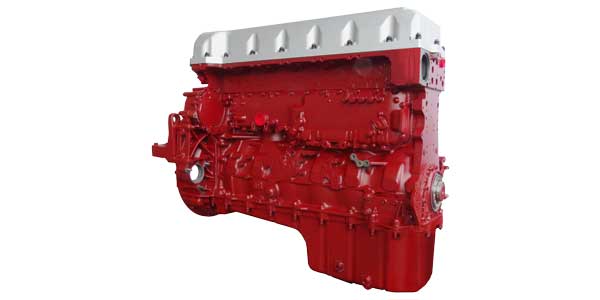 “Every Mack REMACK remanufactured engine is assembled by a Mack-trained technician following stringent processes to ensure quality,” says Jeffrey Burrow, Mack’s reman marketing development manager. “The engines are built to the latest configurations and include all enhancements that improve fuel economy and durability.”

“Mack’s REMACK engines are assembled to comply with specific EPA emissions standards,” Burrow adds. “Our ‘basic’ and ‘3/4’ REMACK engines are shipped without an ECU, requiring transfer of the original ECU from the core engine. This means fleets need the capability to program ECUs to be able to install the latest software for their remanufactured engines. Our fleet ‘7/8’ REMACK engines come with the ECU, are dyno tested and require customer parameters to be downloaded from the original engine ECU.”

“All Volvo Reman engines are built with high-quality remanufactured and new parts to provide the best performance and value to our customers,” says Sherman Williams, director of remanufacturing and proprietary product development at Volvo Trucks North America. “The latest components and specifications are used when remanufacturing our engines, helping improve fuel economy and durability.

“Additionally, Volvo Reman engines are rebuilt to meet particular EPA emission standards,” he continued. “Whether choosing the basic, 3/4 or 7/8 Volvo Reman engines, fleets will need to acquire programming capabilities from their fleet representative to program the ECUs. Volvo Reman basic and 3/4 engines require the transfer or the original engine’s ECU. Fleets can then upload the latest software parameters. Volvo’s 7/8 remanufactured engines are dyno tested and shipped with the ECU, but require the parameters to be downloaded and transferred from the original.”

Making a case for remanufactured engines boils down to fleet preference, time and money. On the whole, reman engines have proven themselves to be a viable option to new engine replacements for specific uses. Engine makers continue to incorporated the latest engine technologies into the remanufacturing process and are providing quality upgrades to technology along the way.

The evolution and benefits of reman engines