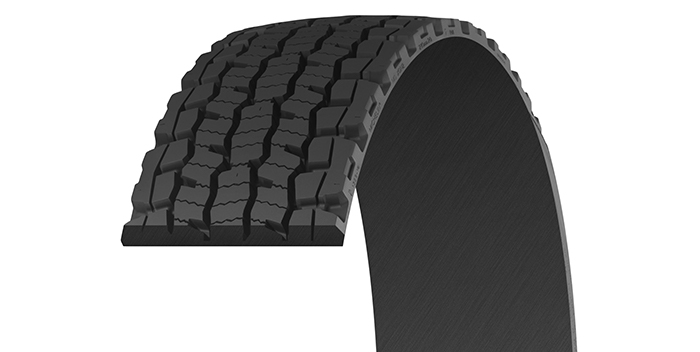 Bridgestone’s IntelliTire tire telematics system is the evolution of the manufacturer’s tire data platform for its casings and a companion to the Bandag Alliance System (BASys), which tracks and reports on a fleet’s retread inventory and tire performance to ensure that fleets achieve maximum performance and treadwear from their casings.

Bridgestone’s IntelliTire tire telematics system is the evolution of the manufacturer’s tire data platform for its casings and a companion to the Bandag Alliance System (BASys), which tracks and reports on a fleet’s retread inventory and tire performance to ensure that fleets achieve maximum performance and treadwear from their casings.

Talk about tire data and the conversation drifts into data usage and ownership. So let’s put the question to Eric Higgs, president of truck, bus and retread tires for the U.S. and Canada at Bridgestone Americas Tire Operations: When IntelliTire hits the market, is it going to be a proprietary Bridgestone platform only accessible on a Bridgestone dashboard or will it be open to integration through APIs?

“We want to be platform agnostic,” Eric said definitively. “The approach that is guiding IntelliTire’s development is that we want to be as open source as we can be.”

If you’re running solutions from major telematics providers, you will likely be able to integrate the Bridgestone IntelliTire data into your dashboard.

When you think about it, Eric’s answer shouldn’t come as a surprise. Bandag retreads have been “open source” for 60 years. The proprietary retread process Bandag employs will retread any casing as long as its sound and meets its criteria, regardless of the name that’s etched on the sidewall. Do you run a competing Tier 1 tire? Bandag can retread that. A Tier 2 tire? Retread it. A Tier 3 tire? You guessed it—Bandag can retread it. As long as the tire passes Bandag’s three-stage, proprietary casing inspection process, it can be retreaded—and the value prop that Eric outlined in this story still adds up to money in your pocket compared to a new tire.

“There could have been an approach where Bandag retreads only worked with Bridgestone and Firestone casings, but our proprietary process opens the door,” Eric said. “At the end of the day, our users want us to help them drive down costs.”

Advertisement
In this article:Bridgestone, Tires & Wheels

Retreads and data: A case for open platforms