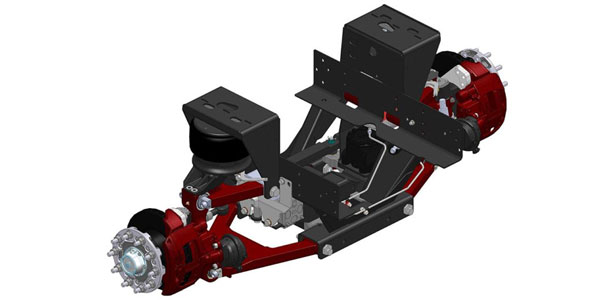 Reyco Granning has introduced the ComfortMaster line of independent front suspensions (IFS). The first two platform variants will be based on 17,000-lb. GAWR and 20,000-lb. GAWR systems, and will be available for shipment in November. The company says that additional capacities are in development and new configurations will follow.

According to Reyco Granning, the new line of suspensions is a direct replacement for the popular IFS17S3, IFS18S3, and IFS20S3 product families.