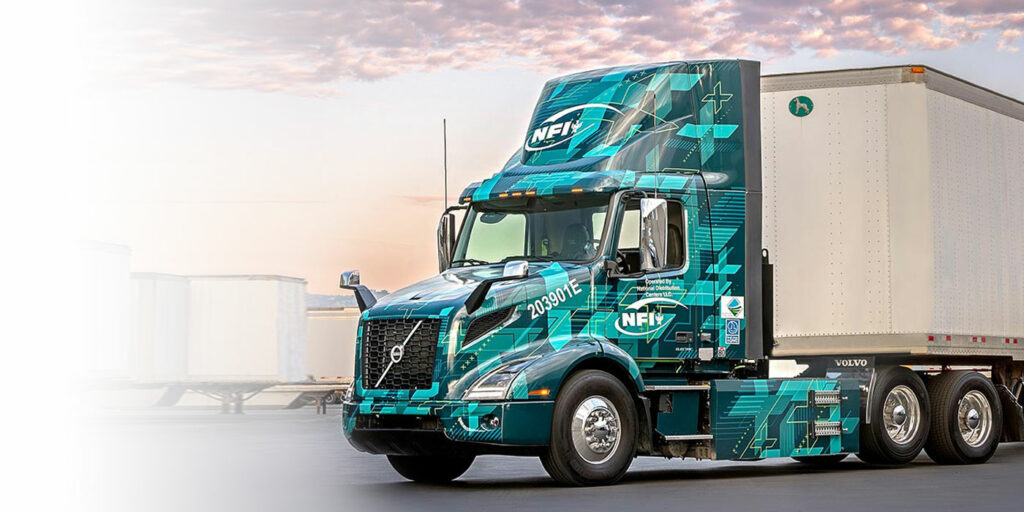 A real-world study of 13 electric trucks delivering freight across North America has found that if all U.S. and Canadian medium- and heavy-duty trucks became electric, about 100 million metric tons of CO2 would be saved from going into the atmosphere. Known as Run on Less–Electric and run by the North American Council for Freight Efficiency (NACFE) and RMI, the study concluded this week after monitoring the electric trucks for the past three weeks. The trucks followed their regular routes delivering beer, wine, packages, electrical equipment, and more.

All 13 trucks participating in the Run completed their daily routes hauling real freight in their respective locations and helped to validate some of the earlier findings from NACFE’s Electric Truck Bootcamp that took place just prior to the Run.

NACFE estimates that the four segments featured in the Run encompass 5.2 million vehicles but that these market segments are a gateway to the larger opportunity in longer regional-haul and long-haul trucking. Therefore, the industry will be able to leverage the learnings from the four early-adopter market segments for even greater reductions in CO2.

During the next six to 12 months, NACFE, RMI and various other partners will analyze both the quantitative and qualitative data collected during the past three months — including data from the Bootcamp trainings, fleet interviews and the Run itself. This will result in several reports and tools to help lead the industry forward. NACFE believes the entire trucking industry has a responsibility to act now and begin the transition to electric trucks.