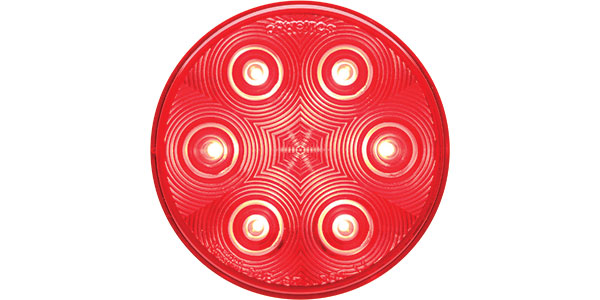 With the wide variety of electrical objects drawing power from the truck, saving that electrical energy in other areas can be extremely valuable. One way to do this is to spec LED lights. The cost may be higher for LED lamps, but buyers get their money’s worth: LED lamps sell for about twice the price of their incandescent counterparts, but last 50 times longer, according to Optronics, which adds that sales of LED lights versus incandescent have reached a point where 90% of lamps sold are LED.

“I would have to say that we are entering the twilight of the incandescent era in truck lighting,” Brett Johnson, president and chief executive officer of Optronics International, says. “As a practical matter, I can’t see why any fleet would still find value in spec’ing a vehicle with any incandescent lamps.”

Additionally, with all the demands places upon the truck’s electrical system from the various pieces of equipment and amenities drawing power, having a lighting system that uses significantly less power can be a boon. Optronics says that in practical, real-world applications, today’s LED lamps use only 10% to 30% of the amps needed to illuminate incandescent lamps, depending on the application. Having the lighting drawing such a significantly lower amount of power means the energy can be used for other electrical equipment needs, which adds up in the long run.

“LED lighting also provides light quality that the color temperature of natural sunlight and is therefore more conducive to human activity,” Johnson adds. “With LED lighting, operators get higher-quality lighting, and they get it far more efficiently than with incandescent alternatives.”

Advertisement
In this article:Electrical & Lighting

Components: Push it real good: The role of pusher axles in trucking

Integrated energy management: What it is and why you need it