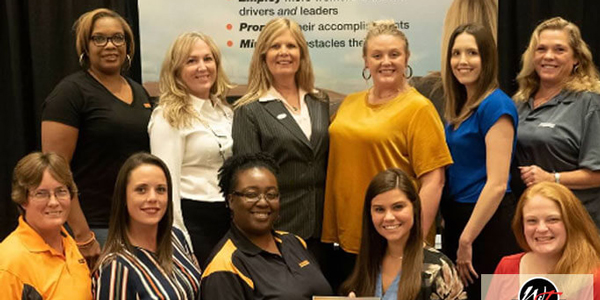 Schneider has been named a “Top Company for Women to Work For in Transportation” by the Women in Trucking Association.

Schneider has been named a “Top Company for Women to Work For in Transportation” by the Women in Trucking Association (WIT). The honor is given annually by WIT’s official magazine, “Redefining the Road,” and celebrates companies that encourage the employment of women and minimize the obstacles they face in the trucking industry.

Over 150 companies were nominated and 11,000 votes cast to identify the companies named to this year’s list, which is comprised of a range of business sectors in the commercial freight transportation industry.

Schneider professional driver and training engineer Kellylynn McLaughlin was also recently named a finalist for WIT’s Influential Woman in Trucking award. Over 100 women were nominated for the award, which recognizes the achievements of female role models and trailblazers in the trucking industry. Previously a child passenger safety expert for the National Highway Traffic Safety Administration and SafeKids, McLaughlin has held a number of positions in the transportation industry. Now a professional driver stakeholder representative at the local, regional, national and international levels, McLaughlin mentors new Schneider drivers and is a strong advocate for women in trucking.

Advertisement
In this article:Schneider, Women In Trucking Association

Schneider named a top company for women in transportation