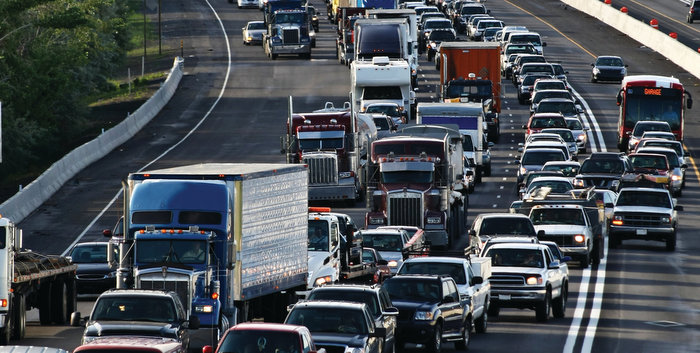 Despite the relative reduction in the price of fuel over the past two years, fuel continues to be the No. 1 cost of operating a fleet. As such, fleet managers are continuously looking for new ways to reduce fuel consumption. Here are some practical tips that can help:

1. Actively coach driver behavior while they are in the vehicle

It’s well known that driving behaviors such as speeding, excessive idling, harsh braking and sudden acceleration burn more fuel and directly impact MPG. Virtually every fleet manager has advised drivers to avoid these behaviors, and many have even hosted classroom-style training for drivers. Fewer, however, are taking advantage of technology that lets them monitor driver behavior while drivers are on the road.

Fleet management software and onboard computers (OBCs) make it possible to automatically monitor for unsafe or fuel-wasting behaviors, and alert the driver and managers when an event occurs. Software can be configured to audibly alert drivers when they trigger an event (e.g., speed approaches or passes the posted speed limit) so the driver can immediately self-correct the behavior. Managers can then track warnings and events and use the data to further coach drivers. Better yet, managers can use the data to reward safe driving. According to MiX Telematics, some fleets have found that rewards are more effective than punishments (such as fines) when it comes to incentivizing safe and fuel-efficient driving.

Fleets that use this approach have reported fuel consumption reductions of 10-15%, which could add up to hundreds of thousands of dollars a year for a large fleet.

2. Implement an idling policy, and then monitor idling time

One hour of idling consumes roughly a gallon of fuel for a heavy-duty vehicle, and a half-gallon for a light-duty one. If your fleet has hundreds of vehicles and they each idle for an hour a day, that’s hundreds of gallons a day (and thousands of dollars a day) in wasted fuel. Excessive idling also puts additional hours on engines, leading to more wear and tear and higher maintenance costs. Fleet managers should implement an idling policy, and then actively monitor it via their fleet’s OBCs, which can be configured to collect engine data. Many fleets set an idle limit of five minutes, which is in line with most state and federal regulations. In school zones, the idle limit might be one minute or less.

(In some industries, such as oil and gas, drivers use their vehicle as their safe haven, and thus companies may need to adjust their idling policies to account for the need for heat or air conditioning for drivers at rest.)

3. Set and monitor high-end speed limits for highways consistent with maximum fuel economy for the vehicle

Vehicle and engine manufacturers can provide recommendations for optimizing speed and fuel economy. MiX Telematics pointed to  Cummins Engines, which provides advice such as:

Fleet managers can implement governing systems that allow them to limit an engine’s speed, or utilize fleet management software to monitor for speed and warn drivers when they are approaching or have surpassed a local speed limit or a company-defined top speed limit. Monitoring enables managers to track trends, coach drivers as needed, and reward good driver practices.

Excessive RPMs are hard on engines, waste fuel and can limit a driver’s ability to control the vehicle. Monitor for this behavior and use in-cab audible feedback for drivers to reduce it. Managers can also use the data to coach drivers on gear-shifting strategies.

Gamification can be a great motivator: we’ve seen many fleets hold contests among drivers to see who can exhibit the safest and most economically sound driving behavior. Set measurable goals, such as a 5% reduction in fuel consumption or a 10% increase in MPGs over a six-month period. Share the rewards of these campaigns in the form of prizes or bonuses.

6. Monitor for fuel shrinkage or theft

Many fleets are in the midst of updating their in-cab technology due to the upcoming ELD mandate. If your fleet is among them, be sure the system you select can support monitoring the factors above. A solution that can do all of this may have a slightly higher up-front cost, but fleets quickly make up in the difference in the form of lower fuel costs, in addition to all of the benefits (monetary and otherwise) that accrue from improving the safety profile of your fleet – most importantly, reducing crashes, which saves lives.

This article was contributed by Pete Allen, executive vice president of MiX Telematics.