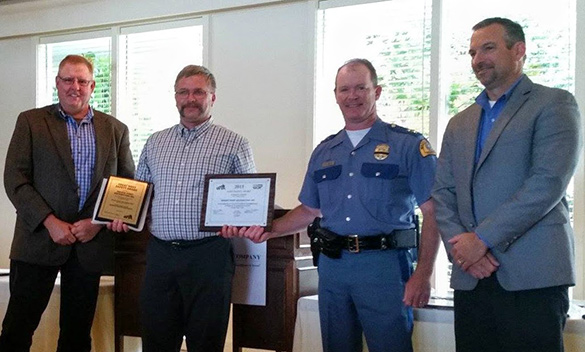 Smokey Point Distributing has been named the Safety Fleet of the Year in the common carrier category (over 5 million miles) by the Washington Trucking Associations.

“We take safety to heart and we’re very honored to be named the top carrier in our state,” said Lee Michaud, executive vice president for SPD. “Safety begins with a meticulous maintenance program and culminates with our drivers who truly care about the loads they haul.Everything has to work together and it does. This award from our home state means a great deal to us.”

According to Michaud, SPD had zero chargeable accidents in Washington during 2015, along with an accident rate of just .29 occurrences per million miles in 2015.

According to Mike Southards, safety director for the WTA, the Washington State Patrol named the ultimate winner. “We forward the nominations to the State Patrol and they select our winners as an independent third party,” said Southards. “We were very excited to see SPD win the award—it was well-deserved. SPD represents our state and our industry in a very positive light. They’ve grown to become one of the largest carriers in Washington and they have a phenomenal outfit—both in management and in drivers.”