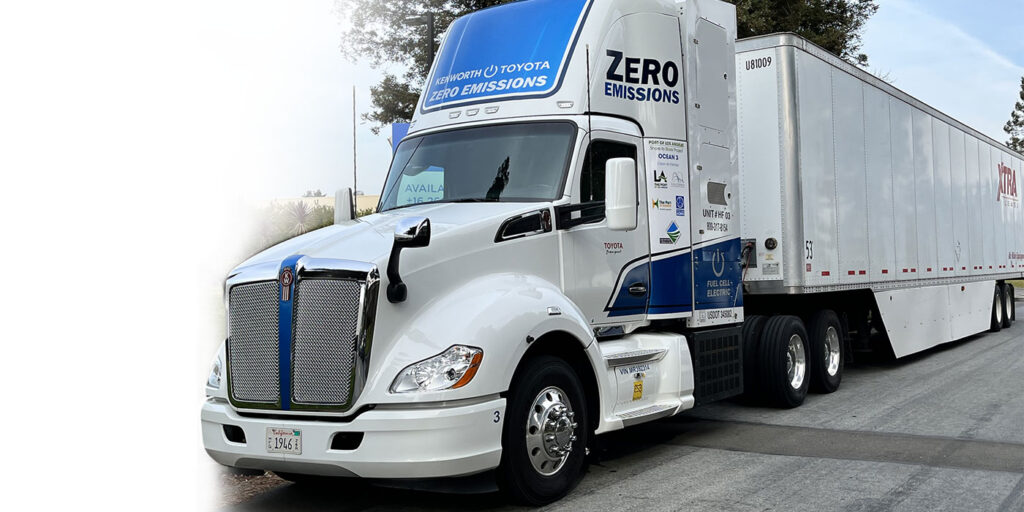 Southern Counties Express was the first fleet to operate a zero emissions Kenworth T680 fuel cell electric vehicle (FCEV), powered by hydrogen, in real-world drayage activities at the Port of Los Angeles and surrounding area, the OEM noted in a press release. That was the first of 10 T680 FCEVs delivered last year by Kenworth under the $82.5 million Shore-to-Store (S2S) project led by the Port of Los Angeles. The project is part of California Climate Investments, a statewide initiative that puts billions of Cap-and-Trade dollars to work reducing greenhouse gas emissions, strengthening the economy, and improving public health and the environment particularly in disadvantaged communities.

Southern Counties Express drivers report that the T680 FCEV is a lot quieter than a diesel. It has great torque, comfortable Kenworth cab, good visibility and other driver-friendly features. SCE noted it is proud to be a part of a clean energy demonstration project that may one day provide a zero emissions solution for the marketplace.