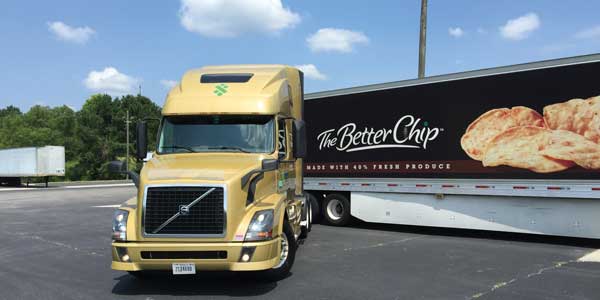 Trucking operations measure success in many ways, and for Sugar Foods Corp., the numbers paint a very favorable picture. The private fleet, for example, has a 94.5% on-time delivery rate, an empty mileage rate of only .01% and driver turnover of less than 10%.

The Sugar Foods fleet has also been recognized by the National Private Truck Council (NPTC) for its safety performance in five of the past six years. In 2017, it received first place honors in the NPTC / Lytx Fleet Safety Awards program among mixed operations with less than 50 vehicles for having the lowest ratio of accidents per million miles in the previous year. In Sugar Foods’ case, the fleet had just one chargeable accident over 2.32 million miles.

“Even though our fleet is small in size, we leverage the latest technologies to be able to run safely, and run lean and efficiently,” says William Carter, director of fleet services at Sugar Foods. “We continually make safety, productivity and efficiency priorities in our fleet operation.”

Sugar Foods Corp. is a privately held company headquartered in New York City. Founded in 1948 as a local bulk sugar distributor throughout the New York metro area, the company now has five locations, including one in Georgia, three in California and one in Mexico. Its product portfolio includes a number of popular brands and has a food service department that works with some of America’s best-known restaurants. 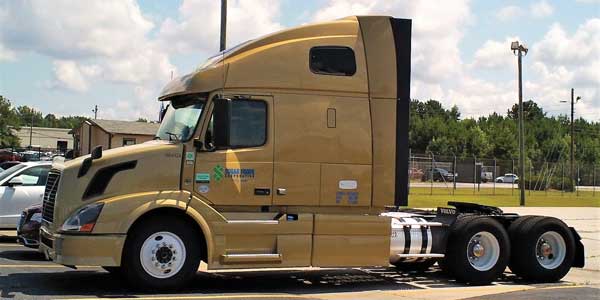 The Sugar Foods fleet, which operates from the company’s Villa Rica, Ga., and Sun Valley and Commerce, Calif. facilities, ranges in size from 30 to 40 tractors and 60 to 70 trailers. “Our fleet size will vary based on our need for carrying capacity in produce and major holiday seasons,” Carter explains. “We use long-term leases from Penske Truck Leasing for the bulk of our operation, and we adjust seasonally with rentals to allow us flexibility.”

Hauling about 40% of its loads with its private fleet, Sugar Foods also continues to utilize the services of for-hire carriers. At the same time, the company focuses on the most cost-effective use of its own equipment, and by tracking carrier rates, which rise when capacity tightens during high-volume seasons, focuses the in-house fleet on lanes where they can be most competitive.

“Originally, we used the EOBRs for electronic logs, GPS locating and engine data,” Carter relates. “Then we adopted the BOLT System web-based transportation and freight management solution to serve as middleware between the TMS and EOBR so we can dispatch drivers and send route information electronically. Since then it has evolved, and it now plays a much more important role in our operation.”

Among the uses of the BOLT system at Sugar Foods include sending EDI status reports to the ERP system so customer service has real-time updates on orders, and to handle billing and schedules for brokers that backhaul freight for the company. The solution is also used to track loads so a proactive plan can be developed for any deliveries that are off schedule, as well as to track mileage by state for IFTA fuel tax reporting.

“BOLT manages our driver payroll and tracks licenses and medical cards,” Carter says. “It also utilizes the data from tractors and our TMS to track on-time service, detention time and driver habits. We’ve taken this data and worked with BOLT to develop a driver scorecard, which allows us to look at indicators of a driver’s performance and help correct any habits that are not safe or supportive of our mission.”

“We also reward good behavior,” Carter points out. “If we see a driver doing better in one area, we’ll recognize that by sending the driver and his wife out for dinner on the company. We strive to be very proactive in working with drivers so they are good stewards of the highway and can return home safely to their families.”

Efficiency is also an everyday goal at Sugar Foods. “Our trucks are governed to 69 MPH and can’t be driven above 65 MPH without being in top gear,” Carter reports. “Through the EOBR we also track the percentage of time trucks are in the most efficient top gear, the use of cruise control and idle time while parked, and adherence to using fueling locations where we get the biggest discounts. We look at those efficiency indicators, provide the information to our drivers, and have an open dialogue to determine how they can improve in each area.

“Our tractors are also equipped with Thermo King TriPac auxiliary power units to help reduce idling,” Carter continues. “We did an internal evaluation of APUs from several vendors, reached out to other carriers and asked them what they used, and compared amenities, cost, maintenance, vendor locations and durability. When the dust settled, Thermo King TriPac was a proven product.” 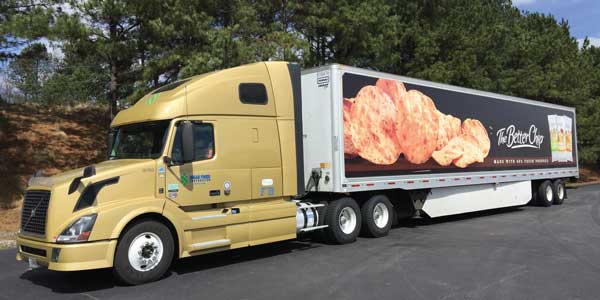 According to Carter, reputation, capabilities, nationwide service, proximity to plants and cost were the factors that led Sugar Foods to make Penske Truck Leasing its supplier of tractors, trailers and maintenance services.

“Not having assets on our books was one reason to lease equipment,” he says. “At the same time, with a relatively small fleet split between west and east cost locations, it doesn’t make sense for us financially to have in-house maintenance facilities.

“Penske also enables us in other ways to maintain our safety and efficiency performance,” Carter adds. “For example, with its web-based customer portal, we have access to valuable information on fuel use, maintenance, roadside assistance and a host of other items. Our vendors are our partners, and when you have that type of relationship, we all benefit.”

“We’re working with Penske to test a new app they are developing and we regularly work with BOLT to evaluate their new solutions,” Carter says. “That allows them to get real-world data prior to releasing a product and it lets us stay on the leading edge of technology.

“We’re also working with BOLT now to configure its system to provide financial performance information on our fleet in real time,” he adds. “Our hope is to have that completed by year-end so we have even greater visibility over our operation.

“We measure the ROI of our technology choices in our safety and on-time service record, and in the elimination of non-value-added time spent pulling data to generate actionable information,” Carter concludes. “Everything we do is aimed at fulfilling our company philosophy that the ‘customer is king.’”