What the Tax Cuts and Jobs Act means for fleets 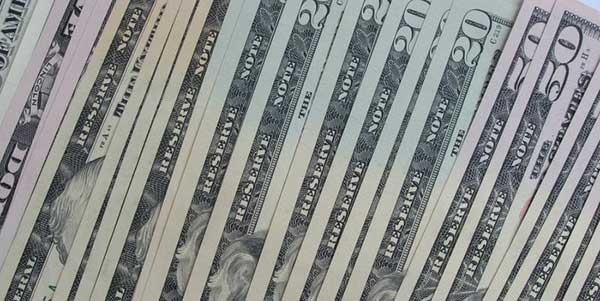 Passed on Dec. 12, the Tax Cuts and Jobs Act amends the Internal Revenue Code to reduce tax rates and modify policies, credits and deductions for many individuals and businesses. I reached out to several fleet financial experts to find out how it may impact your business.

“The passing of the Tax Cuts and Jobs Act in December meant that the trucking industry would see the largest benefits when filing 2017 and 2018 tax returns,” according to David Trost, director of transportation finance at LeaseQ. “For those buying equipment, tax reform expands the value of Section 179, which allows businesses to write off equipment expenses. The new Section 179 doubles the write-off for equipment from $500,000 to $1,000,000 for 2018 and beyond. Even companies leasing or financing equipment can still take full advantage of the Section 179 deduction. That’s a real advantage for small businesses.”

Trost gave the example of a long-haul company that has expanded its fleet, won a new contract and financed 15 new tractor-trailers for $2 million. “Under the old Section 179,” Trost explained, “that fleet could only write off the cost of three tractors at about $400,000. Now, the write-off is 100% of seven tractors.”

The new Tax and Accounting rules are creating additional cash for investment, but also confusion and a renewed interest in the debate over leasing vs. buying, according to Pat Gaskins, senior vice president of financial services for AmeriQuest.

“While the rules and tax implications have changed, the age-old strategic corporate decision, what remains is how a company can best utilize its most valuable resource—specifically cash,” Gaskins said. “Leasing, with or without ownership rights, will continue to be a fundamentally viable capital access option. There is no arguing that the new 21% tax rate will free up net income for many companies resulting in more cash available for investment. Many organizations are now evaluating the method of financing they will use for these new investments.”

Gaskins went onto explain that the new accounting rules under FASB 13 (ASC 842) and IAS 17 require that all leases must be reported on the balance sheet. Historically, only capital leases and loans were reported on balance sheets; now, operating leases are to be reported as well and will be reported as Right Of Use Assets (ROU) with a corresponding and non-debt liability.

“Both values will decline in parallel over the lease term until the lease terminates,” he said. “The benefits of operating leases remain the same—the lessee has little to no residual exposure, the return on assets will be greater and the reported liability will be far less than that of a capital lease or loan.”

Here’s a quick rundown of deprecation deduction changes, according to Trost:

“This spurred a shift from an expense-based system where a $100,000 truck might have been depreciated $20,000 over a five-year period versus being depreciated in full the first year,” Trost said. “Profits are claimed at a later date once the truck has the opportunity to generate significantly more revenue. Now, trucking companies are able to invest in assets now to take in additional profits down the road.”

“Because a portion of capital investment in the fleet may have to be financed, a deduction limitation for business interest can be of major significance within our industry,” said Kenneth Mains, chief financial officer with Hogan Truck Leasing Inc.

“Net interest expense [interest expense less interest income] will now be limited to 30% of adjusted taxable income,” Mains said. “The calculation for adjusted taxable income changes after 2021 and will no longer include an add back of depreciation, amortization and depletion. The short-term impact is not nearly as significant as long-term, due to this calculation change in 2022 and beyond. Gains on equipment sales can no longer be deferred due to the elimination of like kind exchange treatment after 2017 for qualified non-real property.”