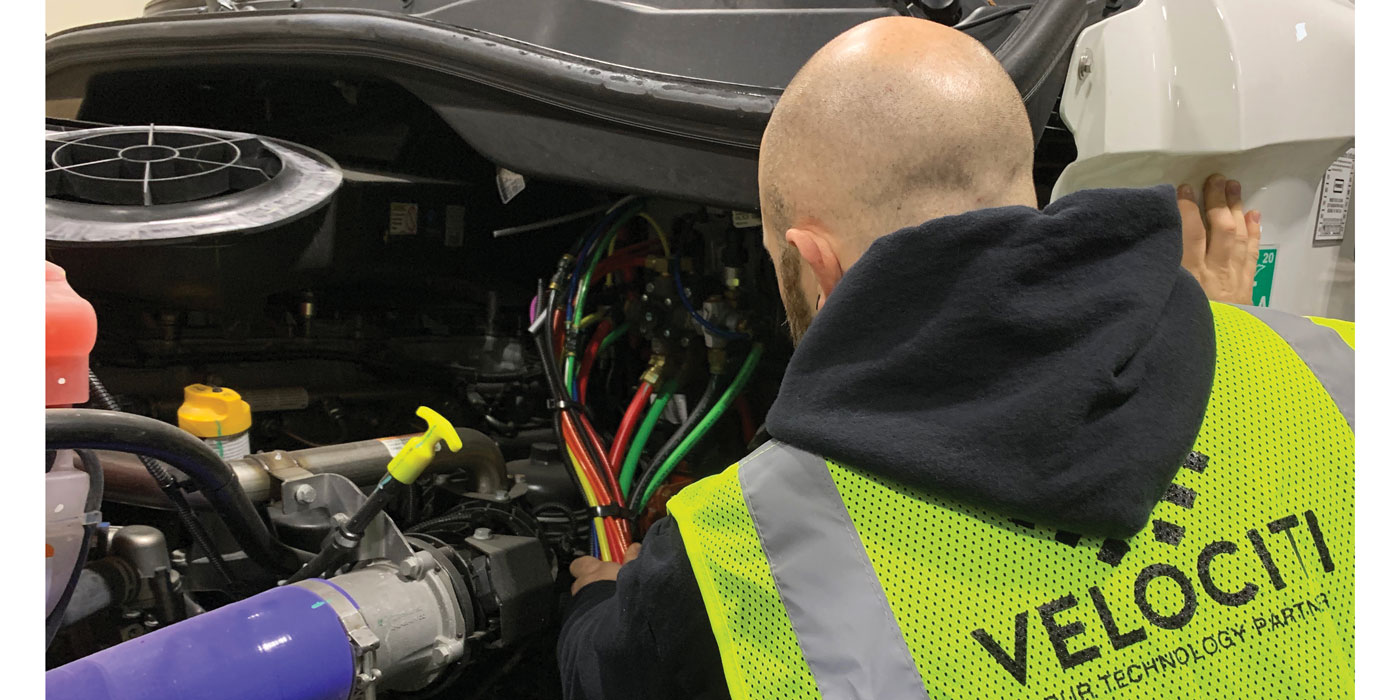 When it comes to maintenance, technology such as tablets and cameras can sometimes be seen as less important compared to some of the more visible components of the truck. After all, it’s easier to see when there’s an engine problem than when there’s something wrong with a device, and usually more pressing to fix it. But this doesn’t mean that proper maintenance of technology should be overlooked—it’s just as important to be proactive and responsive to potential issues with the many devices that today’s trucks carry.

So how should you go about this? Deryk Powell, president of Velociti, says that fleets should follow what he calls the “five P’s.”

“You have to recognize that technology is great and it does wonderful things, but it does fail from time to time,” Powell says. “It gets damaged. Tampering happens. It’s just like anything else on a fleet vehicle, transmission, engine, brakes, tires, it has to be maintained. The absence of a plan to make sure that that can be handled is a real issue for a lot of fleets. So they end up in a situation that is very difficult for them to recover from because they don’t have a plan up front.”

“Rather than waiting until a vehicle pulls back into a shop or a driver happens to call and say, ‘Hey, this isn’t working,’ a proactive plan means that you have to be monitoring the systems in advance,” Powell says. “So proactive system health monitoring has just become table stakes in this industry that has to be done for fleets. They’ve got way too much money invested in onboard technology. It’s way too critical to their operation and they just have to have a plan that’s proactive.”

Specifically: shop personnel who know what to do when they come across these issues.

“Train people who understand when faced with a technology failure, be that ELD or video or trailer tracking or advanced safety system, collision warning, lane departure, whatever it might be,” Powell recommends. “Technicians who are trained and experienced and understand how to fix the problem.

“You have to have spare parts,” Powell says. “Thinking about the forward forecast for usage of parts to make sure that you can cycle replacement parts through MRMA process and that you have parts in places around the region or country where you operate, so that when an issue comes up that you can use spare parts to quickly resolve the issue.”

Where the work is going to be done is the final bullet point here. Powell says that what is really key for a fleet is to try to have a program in which the repair is brought to the driver, rather than the driver coming to the repair. This is a lower cost for the fleet to ensure that freight is moving.

“We find that the five P’s are a path that fleets can follow to make sure that the technology operates as it’s intended to,” he says.

Powell says that his company’s VeloCare program can help fleets meet these five P’s. VeloCare sets up APIs between the truck and Velociti’s system, giving them a feed of the system health to monitor, checking things like GPS and cellular connectivity, firmware version updates, or intermittent issues that may be a cause for concern.

Advertisement
In this article:Maintenance, Service, Velociti

When it comes to maintenance, don’t forget about technology

Predictive truck maintenance: The long road from concept to reality