NACFE: Terminal tractors are good use case for electrification 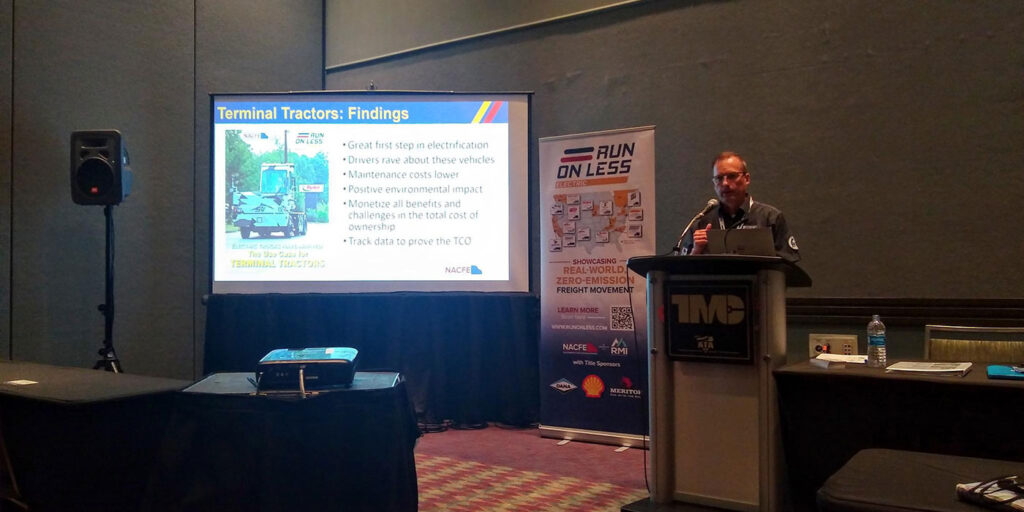 The North American Council for Freight Efficiency (NACFE) today released the first of four market segment reports—Electric Trucks Have Arrived: The Use Case For Terminal Tractors—based on findings from last year’s Run on Less – Electric (RoL-E) freight efficiency demonstration. The top level finding from the report is that this Class 8 market segment, terminal tractors, is ready for electrification now.

“We acknowledge that electrification can be difficult, especially in the Class 8 market,” said Mike Roeth, NACFE’s executive director. “Right now, the electrification of terminal tractors makes sense and is a good place for fleets to begin their electrification journey.”

Three fleet-OEM pairs in RoL-E operated terminal tractors: NFI with a Kalmar Ottawa T2E; Ruan with an Orange EV T Series; and Ryder with a Lonestar SV S22. Each of the terminal tractors that participated in RoL-E are in production and can be ordered from the various manufacturers.

“Terminal tractors provide a good use case for electrification because they operate in low mileage applications and can opportunity charge throughout the day while drivers are on breaks,” said Kevin Otto, lead author of the report and NACFE’s electrification technical lead.

The report includes some basic information about terminal tractors and the size and scope of the market. It looks at duty cycle and charging considerations and presents the benefits and challenges of battery electric vehicles. It includes information on the manufacturers and fleets that had terminal tractors in the Run and provides details on what metrics were measured. There also is a discussion of total cost of operation and return on investment.

Listen to all of Roeth’s comments during the TMC 2022 press conference: