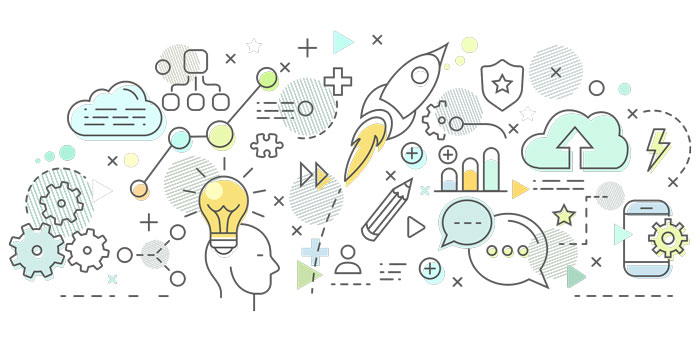 Fault code notifications start streaming in—your trucks are lighting up like Christmas trees. A quick glance and experience tell you that some faults are minor and some are major, but you can’t be certain until the trucks are in the bays.

For many service centers, this would be a four-alarm emergency, but for you, it’s just another day in the office. Leveraging service data, remote fault codes and invaluable years of service experience, you’re a rapid diagnostics master—tackling truck triage with authority. But even the best of the best need to sharpen their skills from time to time. Fleet Equipment invites you to take a look at the fault indicators and driver experiences and try to guess the issue before our panel of experts give you the insight you’d need to fix the problem.

What’s the driver experiencing? The truck is slow to turn over. The interior and/or exterior lights seem dimmer than normal and electrical accessories aren’t running at their usual capacity.

What’s your technician saying? The battery pack is in a low state of charge.

Great, so what caused it? “A no-start should be a red flag indicating that there was a starting, charging or discharge event and the battery pack requires recharging,” explained Jeff Coleman, East Penn’s vice president of sales for original equipment batteries. “Additionally, if the electrical system is not checked, the root cause may be undetected, which will result in future no starts. For example, a worn cable or lose connection will reduce the amps replenishing the battery pack thus resulting in a partial state of charge operation.”

Replacing the entire battery pack is a common practice when the truck doesn’t start, but that could be a mistake. Coleman explained that East Penn’s study of removed group 31 batteries found that an overwhelming majority of all removed batteries are discharged only.

What does that mean? “These batteries were in a recoverable state, if they were recharged properly,” Coleman said. “Deploying a proper recharge and test strategy will reduce annual battery purchases.”

Battery packs should be recharged with an independent charger. The rate of charge and state of the battery will be dependent on your battery of choice.

“As the batteries are recharged, the technician should complete an assessment of the entire electrical system,” Coleman said. “Worn cabling, poor ground, bad connection or a faulty alternator or starter will impact the operation of the battery pack. If the root cause of no-start is not fixed, then the result will be a future no-start.

“Please note, if a no-start occurs and the truck is jump started, it is recommended that the battery pack is fully recharged with an independent charger. If the truck departs without adequate recharge, the result could be another no-start, especially in cold weather.”

What’s the driver experiencing? There’s a yellow (or in some cases red) triangle light blazing on the cab display. She also sees that the alarm group is illuminated (ALT).

Great, so what caused it? “Technicians may assume that a Code 25 is a faulty alternator, but it could also indicate that an FLD1 circuit is open or has high resistance or a corroded ground strap,” said Julio Rodriguez, service excellence team lead for Thermo King Corp. “The battery should also be checked to ensure it is not depleted or has corrupt battery terminal connections.”

What’s the best service course of action? “Once the complaint has been identified, the technician should ensure that the batteries are load tested and are in working order,” Rodriguez said. “Technicians should also conduct a visual inspection of the battery terminals and system wiring connections. Once completed, she can follow an appropriate diagnostic flow chart found in a Thermo King diagnostic or maintenance manual.”

Rodriguez also noted that, in Thermo King’s case, its service network of nearly 200 locations across the country is armed with the parts, know-how and factory-trained technicians to help get you back on the road.

What’s the driver experiencing? The brake pedal isn’t as responsive as it usually is; it travels further than it used to. There’s a grinding and/or squealing noise and the truck’s stopping distance has gone through the roof.

What’s your technician saying? She confirms the driver’s brake noise complaint—the brakes are squealing like a pig picked for the holiday ham. There’s also a burning smell. Visually, there’s rust on the rotor that can’t be wiped away.

Great, so what caused it? While rust is clearly the culprit, the cause might not be as obvious.

“There is a cancer hidden inside the brake caliper where the brake pads could be rusted and starting to separate,” said Troy Hylton, NUCAP’s vice president of global engineering. “This can cause all the problems mentioned above and the possibility of starting a fire in a panic stop situation.

What’s the best service course of action? Clearly, the rusty brake pad gets replaced. But if this is where the service process starts and ends, you may have bigger problems and see this truck back in your bay far sooner than you like.

“Technicians need to analyze the brake pads before throwing them out,” Hylton recommended. He also stressed that the following questions need answers:

“These are all signs that painted brake pads just do not hold up to the harsh brake environment,” he said, “and brake pads are replaced prematurely because of rust and corrosion and not necessarily because the friction material wore all the way down.

What’s the driver experiencing? There’s a warning light on the dash, and during the walk-around inspection she noticed that there was an LED light out.

What’s your technician saying? There’s no damage to the LED lamp in question. She’s going to dig into the cables, wiring and harnesses to find the problem.

Great, so what caused it? “By continuously flexing, cabling may develop small cracks in its outer and inner insulation,” said Kyle O’Dell, engineering manager for Optronics International. “Abrasions may also occur where wires and cables contact sharp and even dull metallic surfaces. Once insulation is compromised, those same physical forces help to propel moisture and corrosion through a vehicle’s electrical system.

“Connectors can loosen, and their silicone oils dry out,” he continued. “Cables that bore loads of ice in the winter may pull loose from their end connectors. Leaking lamp connections, broken lamp housings and lenses are also weak spots where electrical malfunctions can emanate and where moisture can find its way in.”

What’s the best service course of action? The visual inspection should check for a disconnected, broken and/or cracked lamp. If connections are sound and no damage is detected, techs should turn their attention to wire harness segments and connectors in the vicinity, and each should be visually inspected for any signs of corrosion, cracks, wear areas and punctures.

“They should pay particular attention to wires that make contact with any metal surface,” O’Dell noted. “Inspectors should make note of any abnormalities in the cables and wiring insulation, such as cracks, oil residue or signs of corrosion activity—often denoted by a green residue. Corrosion found anywhere may mean that the system is contaminated and that the corrosion is present and on the move throughout.”

What’s the driver experiencing? There’s a transmission-related fault indicator light and the transmission isn’t shifting correctly or it’s in an unknown gear position.

What’s your technician saying? The transmission is in working mechanical order and she is connecting the diagnostic tool to the Transmission Control Module. She finds that a loose ground or corroded batter terminal was the culprit.

Great, so what caused it? “Common fault codes can include low voltage fault codes or communication lost with a control module,” explained Aaron Woodruff, area manager, South/Southeast region, transportation and specialty markets at EnerSys. “When troubleshooting electrical fault codes, technicians should verify battery cable integrity and torque and connect a battery charger at the onset of repairs. Today’s tractors are no longer equipped with true low voltage disconnect switches/modules; load shedding is programmed directly into the control modules. Non-essential modules begin going to sleep almost immediately as the reserve capacity starts to fail.”

Service: How to troubleshoot your transmission jack