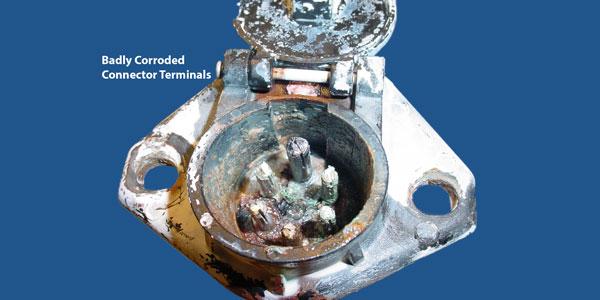 Diagnosing performance problems is often challenging, especially when the concern doesn’t happen all the time. Intermittent problems tend to be time consuming and frustrating to diagnose. The diagnostic process for such issues sometimes amounts to trying a replacement part stored in the toolbox for just such occasions. That can work, but not always. For instance, there is a component that is more than a little difficult to store in a toolbox—namely the wiring.

Checking wiring and connectors is a key step in diagnosing unfamiliar intermittent electrical problems. Holes in the connectors and wiring insulation are a breeding ground for electrical problems. Sometimes just disconnecting and reconnecting a connector solves the intermittent issue for a short time. Consequently, there are times when a component gets replaced, only to have the concern return before much time passes. Of course, that leads to unhappy customers who believed the problem was solved, sometimes at a rather high expense. And as we know, comebacks do not increase consumer confidence or satisfaction.

It’s true that inspecting a wiring harness and connectors for opens and shorts is time consuming. However, going through a complete wiring harness inspection to find problem circuits helps get you to a more accurate diagnosis. It is well worth the time, especially with intermittent issues.

Knowing that these inspections can take a lot of time (which few technicians have), it’s a good idea to perform the inspection in a staged approach. First, visually inspect the harness as thoroughly as possible without taking the vehicle apart. Look particularly close at areas near where there may be high temperatures or movement in the harness as the vehicle operates. If the harness appears stiff from heat or worn by movement, inspect the harness more closely. Keep in mind that resistance in the wire can get higher as temperatures increase.

Second, look closely at connectors near the same areas, as well as areas that may be exposed to water or battery residue. If any look suspicious, disconnect them and check deeper in the connector, including the individual connectors inside and their connections to the wires.

Intermittent electrical issues are often difficult to diagnose, and can take much more time than anyone would like. But knowing how tricky they can be, and the risk of replacing non-faulty components, this is definitely an area where a little extra time and care can save a lot of heartache. Still, a few simple steps will go a long way in providing an accurate and long-lasting repair. Also, don’t forget to check your truck repair information resource—like TruckSeries from Mitchell 1—for guidance in diagnosing and repairing electrical issues.