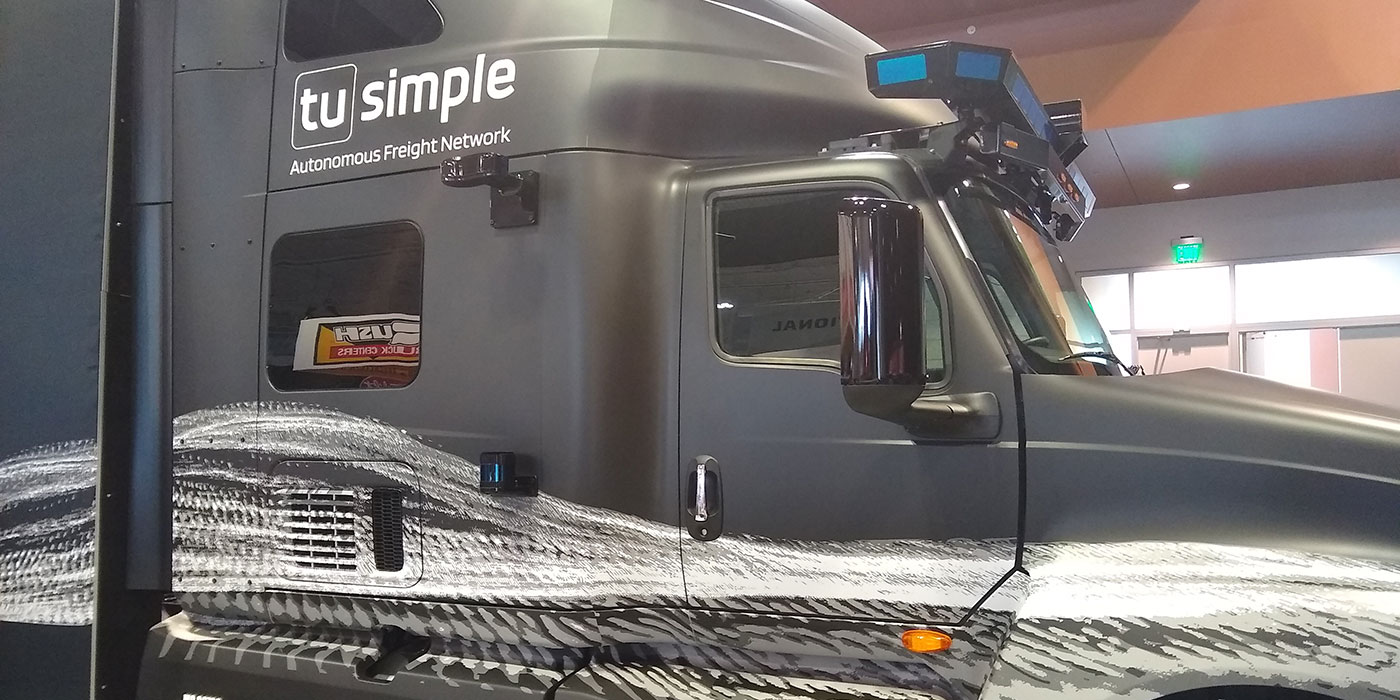 The American Transportation Research Institute (ATRI) set the tone for ATA MCE’s 2021 show when it announced that driver issues, including recruitment, retention and compensation, topped its annual survey of trucking industry issues for the fifth straight year. While that likely comes as no surprise, there was a feeling of restlessness around truck driver challenges as the topic permeated through the show’s announcements and booth conversations. OEMs, suppliers and technology providers alike took to talking about solutions—from increased transparency in driver training to the impact of electrification and even the continued development of automated driving technology.

Here are three unique driver-related equipment angles I gleaned from conversations across the show.

This time last year, several OEMs began opening orders for electric trucks. Since then, electric trucks have rolled down the production line and into fleet customer applications. During the Volvo Trucks press conference Q&A, I asked what the team has learned now that the Volvo VNR Electric was working in real fleet applications. Brett Pope, director of electric vehicles at Volvo Trucks North America, gave a surprising answer:

In retrospect, it shouldn’t be that surprising given what we know about driver behavior impacting diesel truck fuel efficiency, but with electric truck range under a microscope, ensuring that drivers optimize the new electric truck technology is paramount.

“Humans are creatures of habit, and today’s drivers are used to driving current diesel products. As you move into the electric, how the driver behaves [impacts range],” he said. “For example, if they coast to stops, then that takes advantage of regenerative braking. What’s kind of interesting to watch is the first couple of weeks [of driving an electric truck], the range results are a little scattered because it takes drivers a little bit of time get used to how the electric truck brakes, how it performs, how it accelerates. Then you see them stabilize after a couple of weeks. They get used to how the truck behaves—how it can maintain road speed up the grade. You don’t need to pre-speed before a hill in an electric truck.”

According to Pope, driver habits can impact range by 10% to 15%. Regenerative braking plays a big role in electric truck range management by the driver. Pope explained that it’s analogous to an engine brake.

One-pedal driving (i.e. just using the accelerator and regenerative braking by taking your foot off the pedal) is growing topic among all the OEM electric truck manufacturers and comes down to driver proficiency and experience with the truck. It also means training.

Using artificial intelligence to parse through the massive amount of truck data and deliver the most vital notifications to fleet managers and drivers has been a growing conversation over the past year. But a new twist in that story is that not all artificial intelligence is created equally, and that the technology intelligence is just that: artificial. So when fleet managers and drivers receive alerts about driver performance, we project our own judgements on the algorithm, when the algorithm is just an algorithm.

“A lot of times the technology has the kind of the appearance that it’s monitoring everything and forming its own judgments, but the [A.I.] model does not form a judgment about whether the reported event was good or bad,” said David Riordan, executive vice president and general manager of enterprise with Lytx. He was getting at the idea that the A.I. just reports on an event that it deems falls within an acceptable probability range.

But no technology (or human for that matter) is infallible and reporting errors do happen. For example, if the driver is wearing a shirt that’s the same color as the seat belt, it could report a no-seat belt event. False reporting is frustrating for drivers and fleets alike, but for Riordan and Lytx, it’s about being transparent with the event identification process and allowing drivers and fleet managers to report back on the accuracy of the event.

“What the A.I. is doing in real time is assessing probabilities. These models are not operating in black and white. It’s saying it’s 98.9% certain,” Riordan explained. “The ability to provide transparency on that is paramount. A really important piece of our technology acceleration is that feedback loop.”

Within the Lytx platform, the user has the ability to tell the system, “Yes, this was a valid safety reporting event” or “No, this was not a safety event.”

“What’s important to us with these driver tools is that we say the technology may guess wrong, but at the end of the day, when it comes to coachable opportunities, we’re going to get it right. Our event review process will have curated that,” Riordan said.

Self-driving technology is still a question mark, but the conversation is picking up. At the past several events, OEMs and automated driving technology companies have made note of their progress. TuSimple had its technology on displayed in a decked-out International LT Series. At the aforementioned Volvo Trucks press conference, Volvo Trucks North America President Peter Voorhoeve noted that its automated driving efforts are focused on hub-and-spoke applications.

There are still plenty of questions left unanswered by automated technology, but progress continues, and if the ATRI annual survey is any indication, the driver retention and recruitment issue will continue as well. Drivers are and will be integral to the success of every fleet, and there are equipment and technology solutions to help you in your driver-focused efforts.

Axele TMS upgrades software with dashboard KPIs
Connect with us