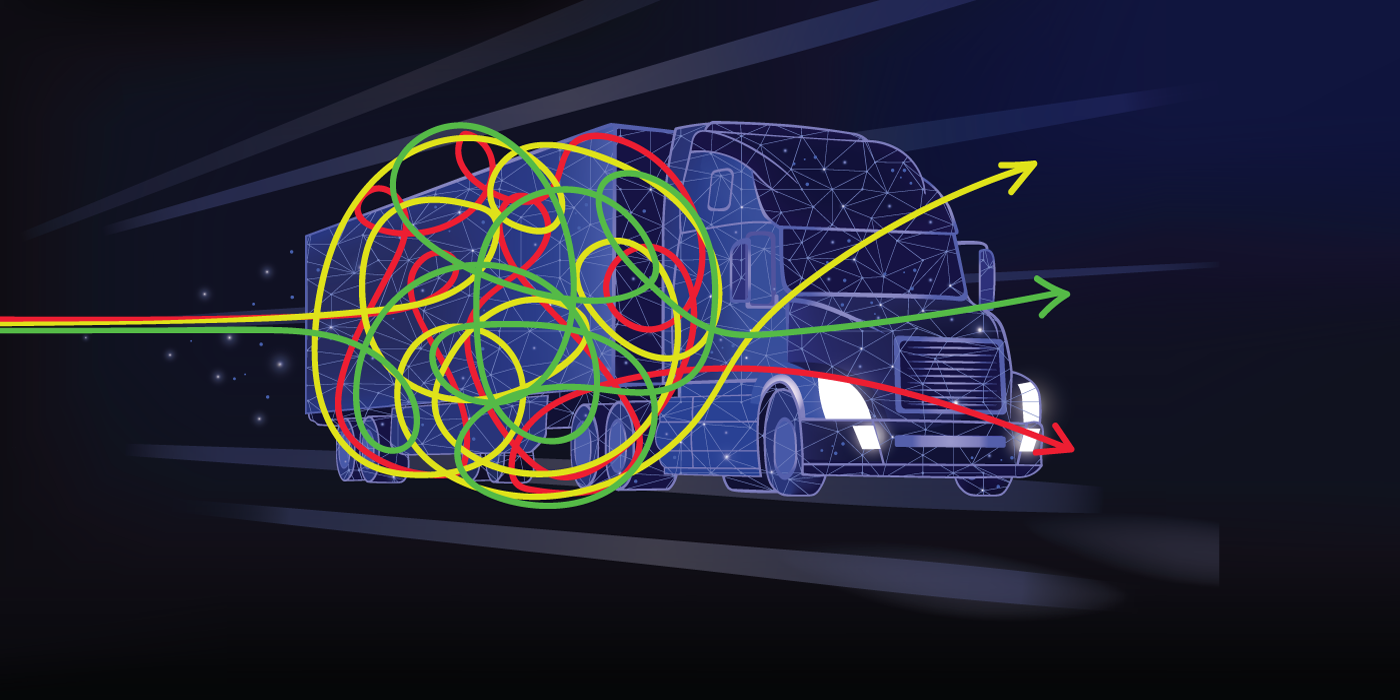 We’re approaching a time that the North American Council for Freight Efficiency refers to as the “messy middle:” a time in which certain fleets can run with electric power, but others can’t yet—some of whom will find other methods for reaching low- or zero-emissions goals.

As electrified trucks become a reality, fleets will have a multitude of energy options to choose from

Chances are, your fleet is made up of 100% diesel power. Sure, there are other sources of fuel out there in the trucking industry—maybe you have some gasoline-powered medium-duty trucks; maybe you have consistent access to natural gas. Overall, this industry is largely a monolithic one.

That’s about to change.

This year is going to be a pivotal one for the emergence of electric trucks onto our roads. Pilot programs from OEMs such as Daimler Trucks North America and Peterbilt have already put electric trucks to work and Volvo Trucks North America is set to announce it’s foray into electric truck applications. The Kline Group, a research and consulting firm, projects that the U.S. commercial vehicle market will include about 12.5% battery electric vehicles in 2040—with much of this being light- and medium-duty (i.e. cargo vans, etc.).

But, for all the hype, electric trucks aren’t going to meet all application needs, and that goes double for on-highway operations. Time will be needed for a nationwide infrastructure to be built and for battery life to be improved. This is going to lead to a period of time the North American Council for Freight Efficiency (NACFE) refers to as the “messy middle:” a time in which certain fleets can run with electric power, but others can’t yet—some of whom will find other methods for reaching low- or zero-emissions goals.

NACFE researched the viability of various alternative fuels for a recent Guidance Report, and projects the timing of the “messy middle” to run through the 2030s.

“NACFE believes there is no single solution to replace diesel. Instead, specialization and regional factors are pushing the market to a ‘multi-fuel future’ where many of these technologies will coexist,” the report concluded. “Through this transition [to electrification], some technologies will emerge as ‘bridges’ between the present and the future.”

Sounding a similar note at a recent speaking engagement was David Tsui of the Kline Group.

“As a geographically dispersed country, we don’t have the networks to really support full battery electric trucks at the moment,” Tsui said. “Whereas in China and Germany, the government is more capable of basically forcing the way as far as making the transition happen. But we’ve already seen electric vehicle sales start to slip as China starts to curb their incentives. This market is very incentive-driven to try and help overcome the financial hurdle of the initial purchase costs. Without that financial incentive, this market is going to be slower to pick up.”

Tsui also sounded a cautionary note when it comes to hydrogen fuel cells.

“Fuel cells look extremely promising; the only problem is, they’re not being championed by government,” he said. “Without the government backing an infrastructure for fueling, it may or may not catch on. It may actually fizzle, even though the technology seems very promising; the ranges on these trucks are quite respectable, and the weight of the new type of vehicle is not excessively heavier than a typical Class 8 truck so you’re not losing any payload capacity.”

Tsui pointed out that we’ve already seen this happen with fuel cell-powered cars. “Only California encourages it, and only to an extent. And because of that, we have not seen fuel cell vehicles really expand,” he said.

The numbers bear this out: Only 2,300 fuel cell-powered cars were sold in 2018—barely a dent in the market as battery electric cars continue to be widely available.

But many fleets may find the value in fuel cell energy, just as many will make use of battery electric trucks, some will use natural gas, and some will continue on with diesel. All of these fuels seem to have a future—it’s preparing for each of them that will be the challenge. As these fuels become more viable, fleets should be proactive in researching which will be the best for their fleet and what the practicalities will be for implementation.