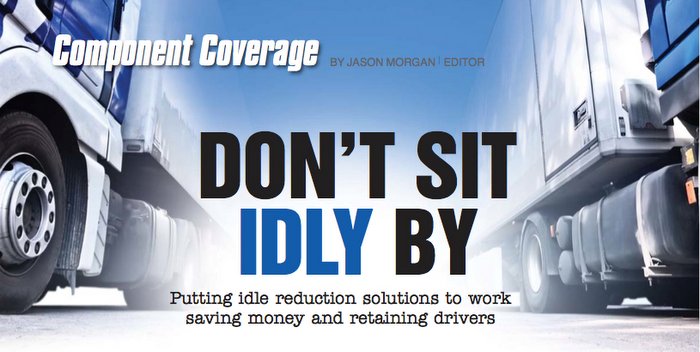 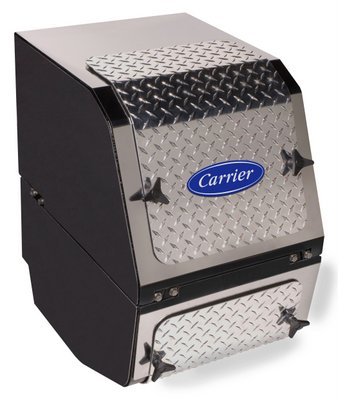 “Fleets are recognizing the impact an APU can have on reducing truck engine maintenance,” David Kiefer, director of sales and marketing, Carrier Transicold, Truck/Trailer/Rail Americas, Athens, Ga. “Running an APU instead of idling the truck can reduce wear on the truck engine. This can translate into a reduction in maintenance and other related costs. It can also mean extended engine life and better trade-in value for the truck.”

The biggest concerns with diesel APUs typically focus on the increased weight—APUs can add 400 to 500 lbs. “Most states provide an exemption for 400 lbs., but three don’t: California; Kentucky; and North Carolina,” Yoder explained.

Increased maintenance is also an issue that is discussed in terms of APU’s total cost of ownership, as they employ diesel engines and HVAC systems. PM schedules are typically as often as every 400 hours, with some units recommending up to every 1,000 hours. You want to ensure that your supplier has a robust dealer network to cover any potential on-road issues. In terms of cost, you can expect around $8,500 to $11,000 for a unit.

A battery-powered APU solution is also a viable option for those fleets looking to rely less on diesel power. All-electric APUs, such as Idle Free System’s APU captures energy produced by the engine’s alternator and stores it in an independent battery bank consisting of four AGM batteries. “When the truck’s engine is off, the APU converts the stored energy into 120-volt electricity using a pure sine wave inverter,” explained Mike Bellemore, Idle Free Systems segment sales manager. “This provides a constant source of power for creature comforts.”

In terms of battery-powered APU savings, Bill Gordon, vice president of global truck for Bergstrom, which offers its No-Idle Thermal Environment (NITE) no-idle system, explains that the average truck’s fuel usage by as much as 3,790 gal. a year, and save the owner more than $10,747 per truck, per year in reduced fuel costs and maintenance, based on diesel prices of $2.80 per gallon, six-cylinder engine, 1,000 idling RPM, eight idling hours per day, 300 days per year.

“Fleets managers should ask themselves two key questions: What technology will work best for my operation? Do I want an aftermarket solution or a first fit solution?” Gordon explained. 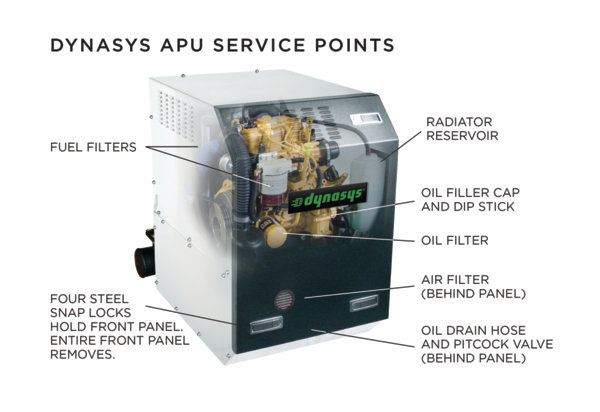 In terms of options, many electric APUs, such as the Bergstrom NITE system, include an the availability of a fuel-operated heater, auto start, solar charging and shore power options. Further, Bergstrom also offers a line of European style “parking coolers” and evaporative coolers, which can be retrofitted on most of the current NITE systems.

The Idle Free Systems offers its Reefer Link technology, which can power its APU, allowing the APU to be run by the reefer. “Reefer Link also provides backup alternator power for both the reefer unit and the truck’s starter batteries in the event one or another fails,” Bellemore said.

Wheel ends in the winter: What you need to know
Connect with us

Heavy-duty: 2021 model year diesel engines: What you need to know