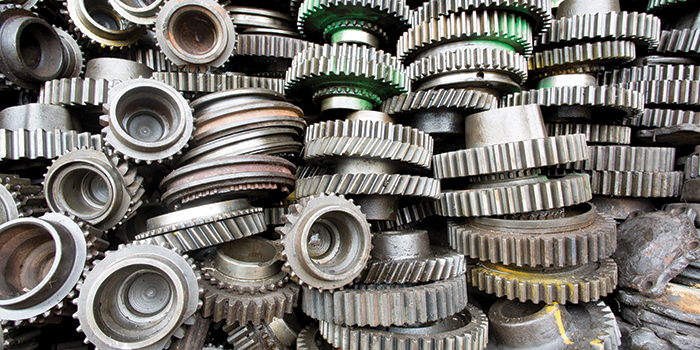 Last year was the year of integration for the North American Class 8 business. What was previously the strategy that dare not speak its name became, over the past 12 months, the strategy whose name was everywhere. Wards Data implies that the take rate on in-house engines now sits at 61.8%, based on sales figures, and it seems fair to argue that the days of an industry landscape dominated more by an assembly than a manufacturing mindset have now passed us by.

We have all heard the benefits of integration. We have all read the marketing materials. As regulatory compliance gets more stringent, the need to control the entire design process becomes more essential.

Because we are not dumb, we have done the math and can work out that to large, globally scaled OEMs competing in a global regulatory environment that is fast converging, this is all good. From a manufacturing perspective, building one product for three major markets (North America, Europe and Japan) is a whole lot cheaper than building three separate products for three major markets. In terms of simple, fixed cost absorption this is a no-brainer. Moreover, as dealers begin to see greater revenues accruing from greater captive aftermarket business, their business become more sustainable. From a manufacturing perspective, the in-source/out-source question has become predicted upon the scale of the addressable market—akin to asking whether or not one should stick one’s hand in the fire or not. It is not a difficult question to answer.

Integration is a process that will not be without its winners and its losers, at least from the supply side of the business. For the truck buyer, its also presents a double-edged sword as it demands that a lot of trust be placed in both the judgment and ultimately the competency of others. The past few years may not have filled the North American truck buyer with complete confidence in its suppliers not to screw up and we could understand any residual reticence here.

If we look to a longer term, then integration enables a lot more than an improved income statement. More years ago than I care to remember, I was driving one of the first automated manual transmission-equipped European trucks through central London heading to one of the big wholesale markets. The experience taught me two things: First, never answer the phone on a Sunday afternoon; and second, the whole vehicle seemed to work together. As I drove around the City Road en route to Smithfield, it wasn’t a case of truck, engine and transmission, but of vehicle and task.

It seems kind of obvious now, but that was a hazy insight into the future, not just of the transportation product—the truck—but of the transportation process—the entire task of moving stuff from A-to-B which is, ultimately, how people make their money from this business. Integration may allow for better vehicle design from a compliance standpoint, but it also allows for better product design from a task perspective too. Is this important? Yes it is.

There is only so much more that can be done to reduce fuel consumption beyond which point diminishing returns set in. Infinite monkeys and infinite typewriters will produce a vehicle that runs on Frito’s and a Kenny Rogers medley, but the issue here is “infinite.” I have a budget and infinite it ain’t. There will come a point at which vehicles will be about as efficient as they can get and we must be fast approaching it. Integration broadens out the scope of efficiency gains almost exponentially, and while it is easy to understand the reticence of some buyers in welcoming it, the downside that accrues from dismissing it could be significant.

Advertisement
In this article:Fuel Efficiency

The cost of integration in the trucking industry