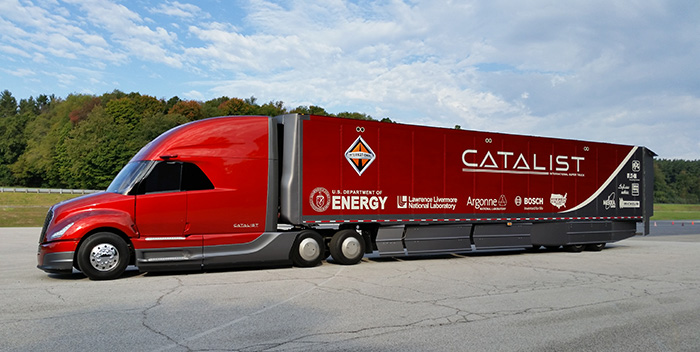 In 2010, the U.S. Department of Energy (DOE) introduced the SuperTruck program, the aim of which was to develop tractor-trailers that by 2015 were 50% more efficient than the 2009 baseline models. Enlisted for the project were four major truck OEMs: Daimler, Peterbilt (working with Cummins), Volvo and International.

Now, these four OEMs are back for round two. The SuperTruck II program was introduced earlier this year, and the DOE distributed $80 million for the project—$20 million for each manufacturer. This time the goal is to develop technologies that improve fuel efficiency by more than 100% compared to model year 2009 vehicles.

We know what the DOE wants to achieve from the program, but what do the truck-makers hope to get out of it?

“International is using the Navistar SuperTruck as a platform to investigate the global integration potential of technologies for the entire vehicle system,” said Dean Oppermann, chief engineer of advanced technologies for Navistar Inc. “Seldom does an OEM have the opportunity to design a vehicle from the ground up and not be restricted by the legacy systems that are already in production.”

For instance, Oppermann pointed to benefits of a 48-volt HVAC system with 48-volt batteries and 48VMGU as an example of a technology that is held back by the legacy 12-volt architecture in existing trucks.

“Navistar is using SuperTruck to better understand what base vehicle architecture changes will be required to meet future GHG requirements—aerodynamics, voltage requirements, level of hybridization, etc.,” he added.

International’s SuperTruck, known as the “CatalIST,” achieved a 104% freight efficiency improvement and 13 MPG according to the company, using aerodynamic developments including the installation of interior cameras rather than windshields on the sides of the cab. The four truck-makers are working closely with the makers of each component, from trailers to tires to transmissions, to ensure that the truck is completely optimized for maximum fuel economy savings. 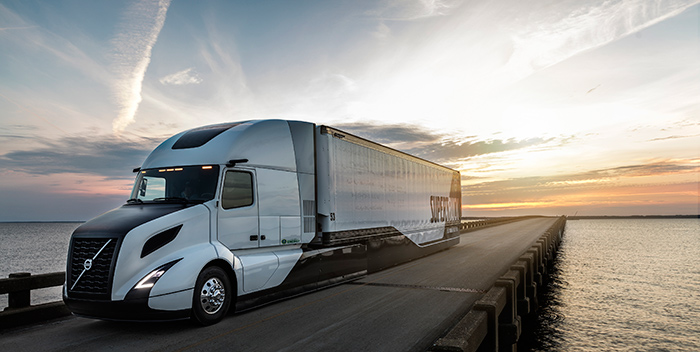 The ultimate goal of this project is not simply to develop the SuperTrucks, but to advance technologies that can become part of tomorrow’s over-the-road truck, improving fuel efficiency across the board. According to DOE calculations, if all Class 8 trucks in the U.S. included SuperTruck technology, the country would consume nearly 300 million fewer barrels of oil and spend nearly $30 billion less on fuel each year—and that’s not even taking into account what will come out of SuperTruck II.

So how long will it be before we start to see these technologies in place on regular truck offerings? Peterbilt, for example, offers the advanced aerodynamics, predictive cruise control, chassis light-weighting and battery-based A/C systems for idle reduction from the first SuperTruck on its Model 579 Epiq today.

“Some technology production paths are business case limiting, some require rule making, and some require development,” Oppermann said. “Technologies like predictive cruise control and our enhanced MX1 engine module are already going into production. I believe that technologies like pitch control, micro hybrid kinetic energy recovery through an accessory motor/generator unit [MGU], and ‘smart’ accessories like air compressor, fans and coolant pumps are will see wide scale implementation in the next couple of years. In Europe, cameras already replace mirrors on some vehicles. I think that as this technology continues to develop and gradually gains consumer acceptance globally, that DOT will seriously look modify current FMVSS requirements.”

From theory to reality: How soon will tomorrow's trucks incorporate SuperTruck technologies?