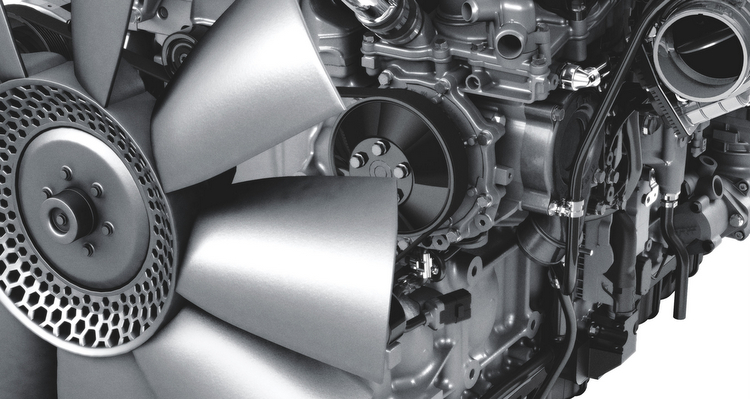 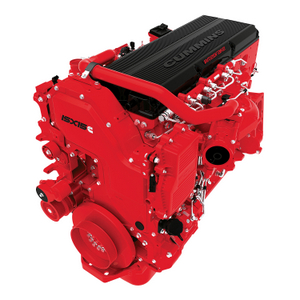 “All Cummins on-highway engines were GHG14 certified ahead of the compliance date,” says Jim Fier, executive engineer—MidRange and Heavy Duty Engineering at Cummins. “There were not major changes from 2010. A lot of our work centered on integration, on how to optimize the system by improving the interaction between individual components. The one exception might be Variable Geometry Turbochargers, which were a big enabler in 2010 and were refined for 2014. 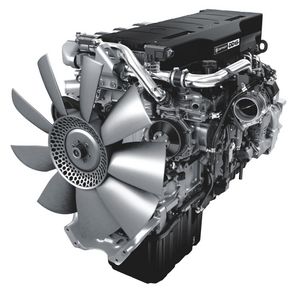 “Thermal management was one area of focus, so we could optimize operating temperatures for the SCR catalyst,” Fier adds. “We wanted to increase thermal output in the exhaust, but that could be counterproductive in terms of fuel efficiency. Sometimes it’s about managing tradeoffs, achieving a balance so wasted energy can be turned into power.”

Optimizing the total system is what provides fuel economy gains over a 2012 model baseline, notes Mario Sanchez, technical sales director at Cummins. “Now we can use what we have already experienced to continue improving fuel efficiency and lowering GHG,” he says. “We’re also looking at further product refinements to help add to the overall efficiency of on-highway vehicles. Any perception that there will be performance degradation as we work toward the next standards is not correct.” 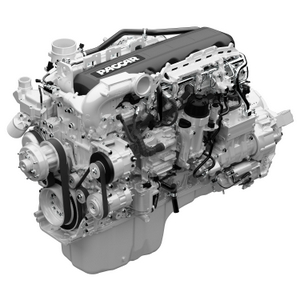 Brad Williamson, manager, engine and component marketing for Daimler Trucks North America, says that the performance and reliability of Detroit GHG14 engines has been outstanding. “We made very few design changes to meet the 2014 regulations,” he states. “The complete portfolio of Detroit model-year 2013 engines achieved GHG14 certification in December 2012, ahead of the mandate and was certified without needing to use vehicle speed limiters or automatic engine shutdown timers.”

Volvo Trucks announced that all model year 2014 Volvo engines offer fuel efficiency improvements as a result of optimized and enhanced engine systems. Low-friction cylinder improvements, including a redesigned piston and liner developed with smoother surfaces, and a clutched air compressor, which completely disengages the clutch from the engine, have been introduced in the 2014 engine models, notes Gӧran Nyberg, president of Volvo Trucks North American Sales & Marketing. 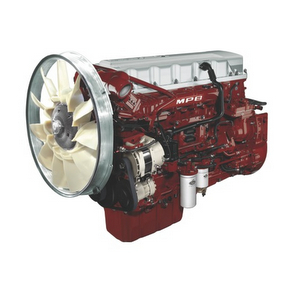 Also, a new seven-hole injector offers better atomization for more even distribution of fuel within the cylinder, maximizing fuel efficiency and a new crankcase ventilation system filters more oil from blowby gases before they leave the engine and at the same time improves engine backpressure.

Implementation of SCR into existing products is the key driver in meeting GHG14 regulations at Navistar, notes Elissa Maurer, manager of external communications. “In 2013,we will have completed the transition of our Class 8 products and we are currently moving forward with SCR on our medium duty engine line as well,” she says. “At the same time, we continually incorporate fuel efficiency improvements into our products.” 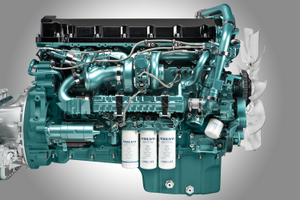 “There are separate standards for engines and vehicles,” he adds, “so we’re also focused on aerodynamics, low rolling resistance tires, vehicle speed limiters, idle shutdown systems and weight reduction. As a result of all of these things, fuel economy improvements are being achieved.”

“One change we will be implementing is further optimizing the combustion process in PACCAR MX engines for 2014,” says Trevor Lokie, product planning manager-powertrain at Peterbilt Motors. “This greater efficiency will result in an improvement in fuel economy. 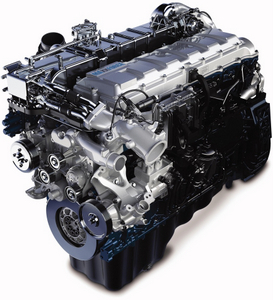 “While optimizing engine parameters for maximum productivity and the lowest fuel consumption,” Lokie continues, “it is also important for drivers to understand the changes in engine technology and the impact it will have on how they need to operate the truck. Driver inputs such as speed, shift points and anticipating traffic and terrain significantly affect fuel economy, so training is an important part of the overall mission to reduce fuel consumption.”

GHG14 regulations were adopted very quickly. That was partly possible, the manufacturers say, because during the rulemaking process EPA looked at technologies that could be utilized to reduce emissions. Today, the agency is already working on future emissions reduction rules, improving test procedures and determining the capabilities of emerging technologies for the next phase of its GHG rulemaking.

For the next round of standards in 2017 and beyond, the industry’s suppliers plan to continue to be actively engaged in developing systems for improved fuel efficiency and reduced greenhouse gas emissions. Like they have already done for 2014, they are sure to develop achievable, verifiable and beneficial solutions.