The changing climate: Urban area applications are poised for Chanje 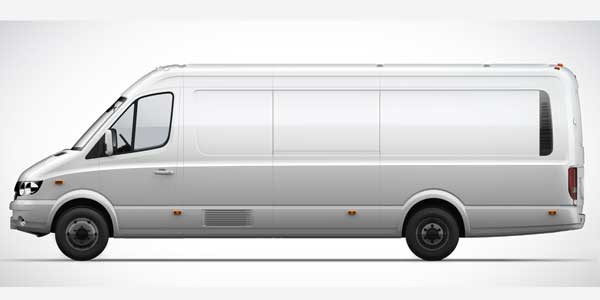 With global regulations emphasizing low or zero emissions within densely populated urban areas and the continued development of electric drive train technology, the current climate within the electrical vehicle space is crackling. So much so that the industry’s tried-and-true diesel engine manufacturer, Cummins, has thrown a host of time, money and, pardon the pun, energy at developing an electric drivetrain, and new players have entered the market; Chanje, a California-based commercial electric vehicle (EV) and energy solutions company, being the most notable.

The company is planning to introduce a commercial all-electric medium-duty truck available at mass scale in the U.S. market. In fact, Chanje already has volume orders to be delivered later this year. The trucks are currently being manufactured in Asia, with a U.S. assembly facility location soon to be announced. Fully charged, Chanje is targeting last mile urban delivery applications with truck hauling up to 6,000 lbs. or 580 cu. ft. of cargo.

“The truck’s 100-mile range is well-suited to serve a majority of the medium-duty urban delivery market,” said Austin Hausmann, Chanje’s chief engineer. “A bulk of those routes are less than 70 miles a day. Range tends to be a variable that is difficult to tie down, particularly in a commercial space, but we are comfortable with a 100-mile route within an urban city’s center.”

According to Hausmann, one of the biggest urban delivery advantages is that the routes are typically the same, day-in and day-out, and the trucks return to base at the end of the night. This allows a fleet to plan for charging needs. Chanje’s charging times is approximately eight to 10 hours, depending on the daily duty-cycle. Speaking of which, Hausmann detailed the impact duty-cycle has on the drive system.

“In a parcel delivery application,” he began, “you could have a route profile that doesn’t see more than 1,000 lbs. of payload on a daily basis. At the same time, it’s feasible to put three pallets of materials in this vehicle and take it 80 miles to its final destination. So, you’re looking at up to 6,000 lbs. of payload for a significant amount of time. With that range of applications, you can see range fluctuations, and then it really depends on the route: How many hills are there? Is it true urban environment; what does the highway profile look like? Most of these implications are minor, and we sit down with customers to take range anxieties off the table early.”

Though EVs are a new technology to the medium-duty space, the way you approach buying them mirrors your current truck purchasing process: It’s going to come down to your ROI and comfort with the electric drive technology. If you are looking into electric trucks, Hausmann recommends getting into the EV driver seat.

“Get in the vehicle and drive it and experience it,” he advised. “I think the majority of the operations haven’t had the experience of driving an all-electric vehicle in this space. It’s quiet. There are no emissions. You don’t smell like fumes at the end of the day. All the same reasons that you’re seeing increased adoption at the passenger car level make even more sense in the commercial space, because at the end of the day, they’re business owners and they’re trying to save money on their fleet operations.”

RELATED: For more on Chanje and how its partnership with Ryder will usher the new truck maker into the market, check out the medium-duty column by Seth Skydel here.