Once political appointees obtain the jobs they’ve campaigned for, they immediately begin campaigning to either keep the job they got appointed to or get promoted. They virtually never bother to improve the organization they head. For example, for more than 50 years, the U. S. Postal Service (USPS) has lost money. The USPS asks Congress for more money, no matter which party is in power, because they’re always broke due to mismanagement or lack of management.

Many sections of the government don’t have effective checks and balances, and most political patronage appointees have no idea how to run a business.

So, when the stuff hits the fan, politicians run to Congress crying for additional funds. A good business manager would collect data, analyze the situation, then take the necessary steps to turn the business into a sustainable operation; even if it meant firing people.

Government appointees have little fear of being held accountable, so they just push their own political agendas.

Perfect examples of this are the current problems truck fleet operators are having with CSA and HOS. Virtually none of these political appointees have ever so much as ridden in a big rig.

My favorite example of government malpractice is the EPA. The legal people in Washington dictate what the technical people in Ann Arbor will concentrate on, and they research accordingly. Since the late 1960s, EPA regulations were designed to minimize the formation of visible smog in the Los Angeles basin and Denver, with no concern for unintended consequences. As a result, our nation wasted billions of barrels of fuel.

I was involved when California Air Resources Board (CARB) decided they needed to reduce emissions in L.A. even further by regulating lawn mower and motorcycle exhaust emissions. They commissioned a study of current air quality and found that motorcycles contributed only 1% to total ambient emissions. So what did they do?

They regulated motorcycle emissions anyway. Harley-Davidson almost went under trying to meet the regulations, but the EPA didn’t flinch.

The best way for transportation to reduce GHG is to increase fuel economy. Anything done to reduce fuel usage is a plus for everyone involved.

Currently, the EPA wants to regulate ground-level ozone emissions. They are determined to write a new rule, no matter what the cost or what the data might say. As a scientist, I see this as a political power play, not an air quality issue.

Ozone levels have declined over the past decade, and many areas have never seen levels as high as the current 0.075 parts per billion (PPB) standard. Meeting a new ozone standard could cost as much as one trillion dollars to U.S. consumers.

The U.S. EPA and California’s CARB need some serious oversight to prevent them from further hampering the fragile U.S. economy. I’m particularly supportive of the American Transportation Research Institute’s (ATRI) efforts to collect and disseminate actual data about trucking to Capital Hill politicians.

On a positive note, I do support the EPA’s recent standards aimed at reducing greenhouse gas (GHG) emissions. As we all know, the best way for transportation to reduce GHG is to increase fuel economy. Anything done to reduce fuel usage is a plus for everyone involved.

The Union of Concerned Scientists requested a 40% reduction in CO2 emissions by 2025, using 2010 as the baseline. The first two rounds of standards (2014 and 2017) we’ll reduce GHG by less than 4% each (estimated 6 to 7% total). We still have a long way to go. Let’s support research and development efforts to reduce CO2 emissions in heavy-duty trucks. Fuel prices won’t stay low forever. 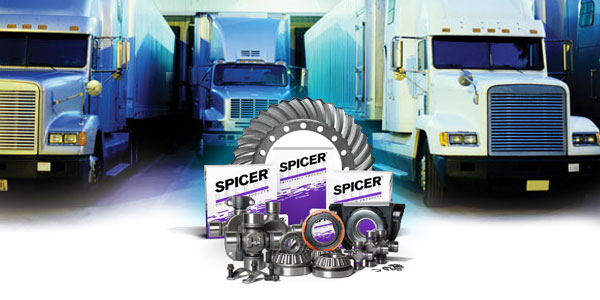 Your truck is out of warranty—now what?