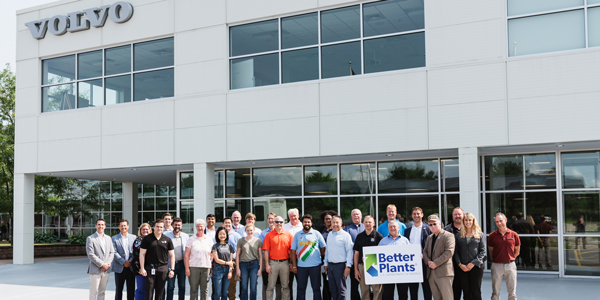 The July 9 tour highlighted the production facility, as well as the crankshaft grinding machines that helped reduce energy consumption at the plant.

The project was completed in 2014 as part of the ISO 50001 EnMS and SEP certification. The achieved savings from this project helped the facility achieve platinum level Superior Energy Performance certification.

The company reports that it met its first Better Buildings, Better Plants goal—a 25% reduction in energy consumption at U.S. facilities—five years ahead of schedule and set a new goal of 25% more in savings by 2024. In the first four years of the new challenge, the Volvo Group says that it is more than halfway to its target, reducing energy consumption by 17.5% compared with a 2014 baseline.