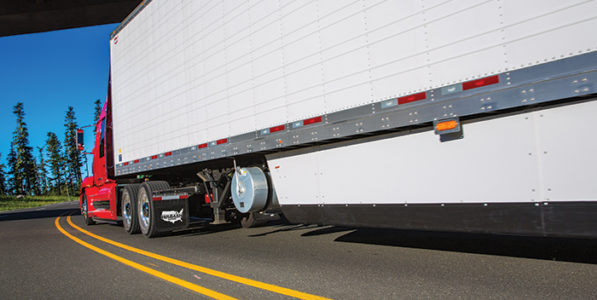 “The launch program for our Cold Chain Series composite reefer continues to move forward as planned,” said Brent Yeagy, president and chief operating officer of Wabash National. “Refrigerated carriers see the superior performance benefits in our new molded structural composite technology. Many carriers have been very interested in participating in the launch program so they can better understand the value of the performance benefits on their operations.”

“We’re excited to show the progress we’ve made since we introduced our prototype trailer in February,” added Robert Lane, director of business development for Wabash National’s commercial trailer products. “We’ve spent the past eight months in R&D undergoing further testing and qualifications and finalizing repair procedures. This reefer is unlike anything on the market today.”

Wabash National’s Cold Chain Series refrigerated van is made out of the company’s proprietary molded structural composite with thermal technology (MSCT), which improves thermal performance by up to 25% and is up to 20% lighter, while significantly improving puncture and damage resistance. In addition, the molded structural composite floor system promises higher floor ratings—up to 24,000 pounds.

Molded structural composites are used in a wide range of applications, including aerospace, automotive, marine and commercial construction. This is the first time the technology is being used in the trailer industry. Wabash National also utilizes this technology in its previously commercialized refrigerated truck body.

Production and field testing for the initial launch trailers will begin in the first quarter of 2017.

Advertisement
In this article:Wabash National Corp.

How to act on truck telematics data, not just analyze it

How to remotely coach your truck drivers with video telematics

Technology: How to act on truck telematics data, not just analyze it