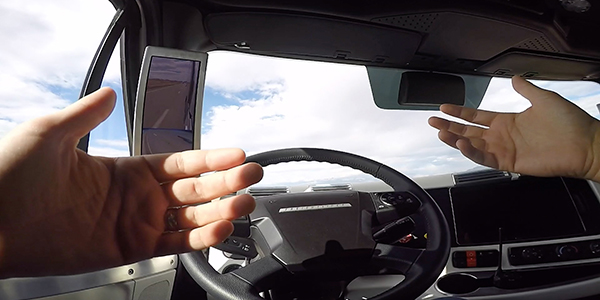 Welcome to 2017—the future is coming fast and furiously. In the trucking industry, automated truck technology has gone from sci-fi-esque, space age technology to an equipment reality. The next challenge is how to bring that technology to today’s highways. Last September, the U.S. Department of Transportation (DOT) published its “Federal Automated Vehicle Policy: Accelerating the Next Revolution in Roadway Safety.” The federal guidelines change the automated vehicle game by outlining:

Of course, the game changed again just as quickly. As you read this, Donald Trump has been sworn in as the 45th President of the United States. What does that mean for automated vehicle policy?

“We’ve now entered the age of nobody knows for sure,” said Suzanne Murtha, project director for Atkins, in an interview just days after the Nov. 8 election. Atkins is a design, engineering and project management company that has extensive experience in helping states prepare for the deployment of connected and automated vehicles. “If anyone tries to tell you they know what’s going on inside D.C., right now, they’re wrong.”

After sharing that caveat with a soft, uncertain laugh, Murtha put the politics aside and dove into the National Highway Traffic Safety Administration’s automated vehicle guidelines to highlight what she saw as the biggest takeaway.

“The guidelines clarify that NHTSA’s powers are not limited to automotive manufacturers,” Murtha said, pointing to technology companies that aren’t OEMs, but are developing the systems that enable automated technology. “They will enforce against anything that presents a potential danger to travel on the road. NHTSA’s first concern is roadway safety and they’re taking a proactive approach. They’ll hold accountable any entity involved that could pose a potential danger.”

Of course, NHTSA doesn’t actually define what a “danger” is within the guidelines. “This represents a challenge for technology companies,” Murtha said. “Already, I know of one company that has shut down because of this policy, and I know that NHTSA is under enormous pressure from safety-related organizations to make these regulations even tighter. Technology companies are coming out of the woodwork, and NHTSA’s regulations are essentially designed to be flexible and address these emerging organizations.

“The guidelines that NHTSA put out are a big step in the right direction, considering the pressure the NHTSA and DOT are under politically,” Murtha continued. “But many believe the policy doesn’t go far enough, and that’s the same message in regard to the cyber security aspect of technology integration.”

The influx of new technology, which integrates into the truck, has raised several red flags for OEMs and industry established technology providers alike. The need for standardization within trucking data security is strong—both in terms of what the truck transmits as well as what OEM systems new technology can interact with electronically within the truck.

RELATED: Check out this previous Editor’s Column for an in-depth look at truck data security.

When reached for comment, Bill Kahn, Peterbilt Motors Co.’s manager of advanced concepts, stated: “Peterbilt supports the need for a consistent, nationwide approach to automated vehicle regulation. The guidelines released by NHTSA are a step forward in this direction. Particularly for on-highway applications where trucks are traveling through multiple states, standardized regulation is necessary.”

The automated vehicle guidelines are also currently open for public comment, which led to a number of OEMs and technology suppliers sounding off. In a letter sent in response to the guidelines, Daimler Trucks North America’s Director of Product Compliance and Regulatory Affairs, Sean Waters, outlined four aspects of the guideline that Daimler hopes the NHTSA addresses.

The first is that SAE Level 2 systems should not be included in the Federal Automated Vehicle Policy. A quick refresher on what constitutes a Level 2 automated vehicle: It’s defined as automation of at least two primary control functions designed to work in unison to relieve the driver of control of those functions. An example of combined functions enabling a Level 2 system is adaptive cruise control in combination with lane centering.

Daimler’s point was that SAE Level 2 systems are already covered by current regulation as they will not operate without the attention of a driver. The OEM states that “the deployment of SAE L2 systems is paramount to gain public trust and acceptance of vehicle automation.”

Additionally, Daimler’s view is that test vehicles should not be included in the guidelines. “The testing of vehicles should not have the same requirements as vehicle deployment,” Waters wrote. “Manufacturers need flexibility to foster innovation. For test, the environment can be tightly controlled, as drivers are trained professionally and employed by the manufacturer. The manufacturer takes on the entire burden of liability for test vehicles. Once the testing phase is complete, the manufacturer would then be able to develop a more robust Safety Assessment Letter that would require less iteration and the data would be more meaningful since the system would not be continuously modified as it would be during testing.”

Another area of concern for Daimler is that automated trucks need to continue to be self-certified to keep the responsibility on the OEM if a recall is needed. Daimler claims that changing it would add cost and delay the release of new products into the market. The OEM also touts the need for consistent state regulations, and stresses that the NHTSA should ensure that states do not adapt the current guidelines into automated vehicle regulations.

Peloton Technology’s President and Chief Executive Officer, Joshua Switkes, and Co-Founder and Vice President of Eternal Affairs, Steve Boyd, also wrote a comment letter to highlight a major concern with the current guidelines. For background: Peloton Technology is a connected and automated vehicle technology company, whose investors include the Volvo Group, DENSO International America and UPS, and is a few months away from bringing its two-truck, SAE Level 1 platooning system to market. (More on that in a minute.) Switkes’s and Boyd’s big bullet point is to make sure that the heavy-duty trucking industry is fully represented throughout the automated vehicle regulatory process and not merely lumped into the huge dragnet that is “automated vehicles.”

“As previously acknowledged, current federal policy is intended to apply equally to all vehicle types. However, we are already seeing some state-level policies for automated driving system testing that apply to light-duty vehicles but exclude heavy-duty vehicles,” the two wrote. “It is important to acknowledge the different regulatory environment faced by heavy-duty trucks in considering whether or not it is appropriate to bifurcate state or federal automated driving technology policies. At a minimum, states should be encouraged to develop automated vehicle policy approaches that are not exclusive of certain vehicle types, whether this results in separate light and heavy duty policies, or a policy applicable to all vehicles in keeping with the federal approach.” 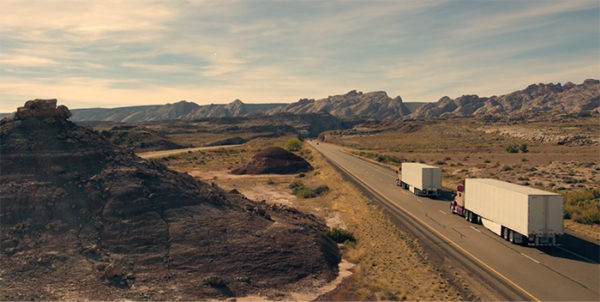 One of the biggest leaps forward for truck technology will come from the introduction of Peloton’s platooning system, which the company plans to bring to market this year.

“It’ll be a retrofit installation: If you buy or already own a truck with adaptive cruise control, then you can then retrofit the platooning system onto that truck,” Switkes explained. “The reason we can do this is that we don’t have to touch the brakes, we don’t have to touch the engine. We’re tying into the existing systems that are already there that the fleets already have on their trucks and basically adding electronics that control those existing systems.”

Those systems include the aforementioned adaptive cruise control, radar-based cruise control and modern braking systems that include collision mitigation systems such as Bendix Wingman and Meritor WABCO’s OnGuard. When Fleet Equipment asked Switkes how the NHTSA guidelines could potentially impact the introduction of its SAE Level 1 platooning system, Switkes was confident that the introduction will continue as planned.

“Those guidelines were primarily aimed at higher levels of automation than our platooning system,” he said. “With our platooning system that we’ll be shipping next year, the driver is steering in both trucks, including in the rear truck. The driver is fully in control of steering. Conventional cruise control is Level 1, adaptive cruise control is Level 1 and platooning is Level 1. That said, the guidelines are helpful to us because they start to set a nice set of guidelines even for lower levels of automation around how you show the world that your system is safe.”

The introduction of the platooning system will usher in a new era of vehicle-to-vehicle (V2V) communications.

“I always like to make sure people understand the power of that vehicle-to-vehicle communication,” Switkes stressed. “The most valuable thing we’re sending between the vehicles is braking information. When the front truck applies the brakes, we send that information immediately to the rear truck. Think about braking events now: The brakes are applied and there’s some delay—lag in the air brake system—between the application of the brakes and the start of the deceleration. Then the truck starts to decelerate. It takes some time for it to slow down enough that it’s noticeable to a human or to a radar sensor.

“With radio V2V communication, we don’t have to wait to recognize that lag or delay,” he continued. “When the brakes are applied in the lead truck, we immediately send that information directly to the rear truck. In most situations, the rear truck is actually applying the brakes before the front truck has started to slow down. That’s something that a human driver could not do. And a truck with just radar couldn’t do it either.”

Putting the politics of policy creation aside, the goal is clear: Enable automated vehicle systems to come to market in a safe and secure way. While the administration change in Washington, D.C., turns onto a road less traveled compared to the previous eight years, it’s clear that the trucking industry will continue to drive technology forward to improve the operational efficiency and safety of today’s and tomorrow’s trucks.

Writing the rules of the autonomous road 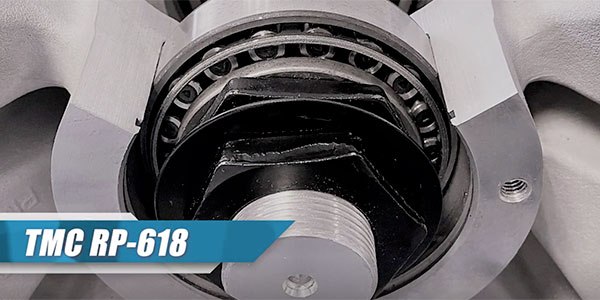