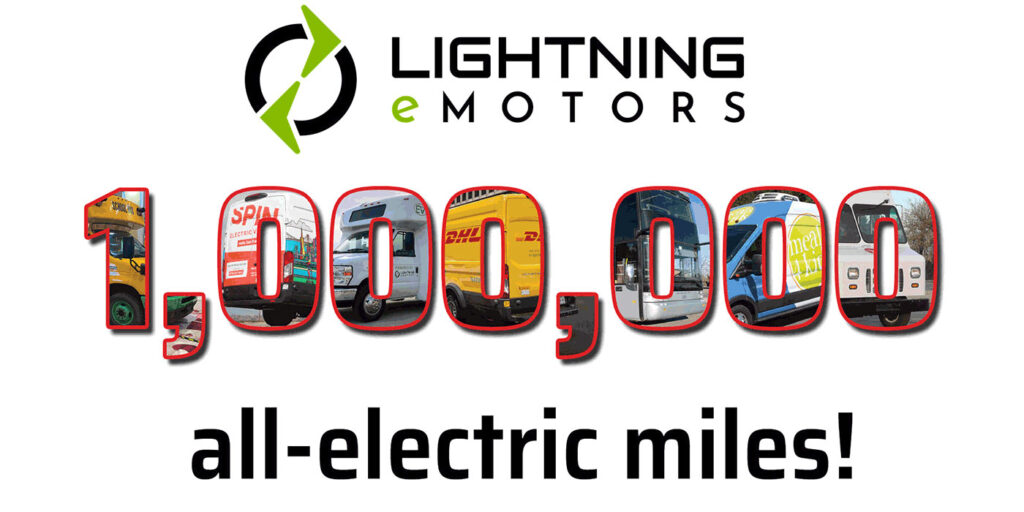 The one million all-electric miles were logged on roads and highways across the United States and Canada on nine different vehicle platforms ranging from Class 3 through Class 7, and six different vertical market applications such as ambulances, cargo vans, delivery trucks, school buses, shuttle buses and transit buses. Lightning eMotors is currently accumulating zero-emission miles at over 25,000 miles per month. As Lightning accelerates its delivery of additional zero-emission vehicles, that rate will continue to rise. The single Lightning vehicle with the most road time now has over 54,000 all-electric miles.

By removing one million internal combustion vehicle miles from the road, Lightning eMotors has prevented approximately 900 tons of CO2 from being emitted into the atmosphere.

“Lighting has been putting zero-emission commercial vehicles on the road for over four years,” said Nick Bettis, director of marketing and sales operations. “We see this acceleration in fleet miles accumulation as the ultimate customer validation.”

Real-time mileage data was collected via the Lightning eMotors Telematics and Analytics system that is integrated with all Lightning vehicles and powertrains.