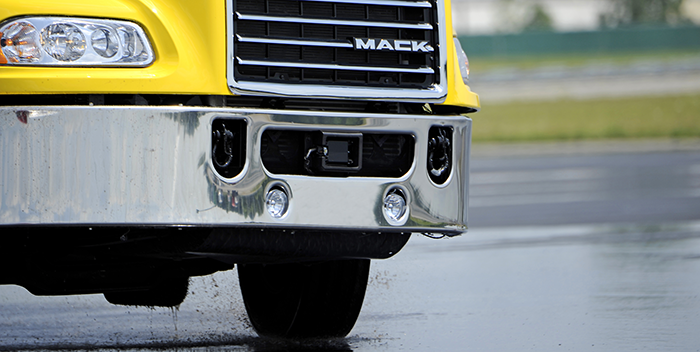 There’s no doubt that efforts to train truck drivers to operate more safely are paying off. At the same time, with a large percentage of safety-related events attributed to some degree of driver distraction, fleets continue to adopt collision mitigation systems that help focus driver attention on the road.

An earlier study conducted by the University of Michigan Transportation Research Institute (UMTRI) and published by National Highway Traffic Safety Administration (NHTSA) verifies the benefits of forward collision avoidance and mitigation technology on tractor-trailers. Using Meritor Wabco’s OnGuard Collision Mitigation System (CMS), UMTRI developed models to review and test a system currently operating in the field in addition to future technology. Based on this analysis, UMTRI also forecasted estimates of the safety benefits for future-generation systems. 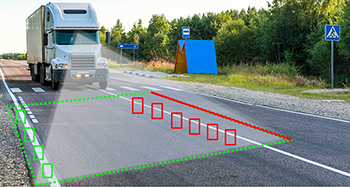 OnGuard uses forward-looking radar sensor technology to monitor the distance to a moving vehicle ahead. When the system detects that a potential collision is developing, it sends audible and visual warnings through an in-cab dash display so the driver is alerted to take appropriate corrective action.

The OnGuard system also responds by automatically reducing engine torque and applying the vehicle’s foundation brakes. Its adaptive cruise control (ACC) feature maintains the set speed while in cruise control mode when the lane ahead is clear, and will automatically adjust the vehicle’s speed to maintain a set following distance when a vehicle ahead is detected. Additionally, OnGuard warns of stationary objects, such as disabled cars, to alert drivers of potential obstructions, and provides detection of developing rear end collisions as well.

Meritor Wabco’s OnLane Lane Departure Warning System with SafeTraK technology by Takata is a camera-based warning system that helps avoid unintentional lane drifting. The system utilizes a camera mounted near the top center of the vehicle windshield to monitor and calculate the vehicle’s position within the lane.

When OnLane detects that a vehicle is crossing lane markings without the turn signal being activated, the system sounds an audible warning to alert the driver to take a corrective action. OnLane also provides a feature called driver alertness warning (DAW), which detects erratic or degraded driving based on lane weaving and provides a warning, making drivers aware of dangerous situations caused by fatigue or distraction.

Meritor Wabco has also announced a new OnLane option that provides the ability to record and save videos of critical safety events. Along with SmartDrive Systems, the company is offering ProView, a video-based analysis and personalized driving performance improvement program that features predictive analytics. Fleet managers can access the video through SmartDrive’s web-based application and drivers can access the video through a smartphone app.

In 2015, Bendix Commercial Vehicle Systems is getting set to launch the next generation of its active safety technologies by introducing stationary vehicle braking and other functions currently not available in North America.

Bendix ESP addresses roll and directional stability through sensors that recognize conditions that could lead to rollover and loss-of-control. Wingman Advanced uses a radar sensor mounted to the front of a vehicle to provide active cruise control with braking features, along with collision mitigation technology that delivers warnings and active interventions to help potentially avoid rear-end collisions.

AutoVue from Bendix links a wide view camera to an on-board ECU that uses image recognition software to track visible lane markings and detects when the vehicle begins to drift toward an unintended lane change. When this occurs and the turn signal is not activated, the unit automatically emits a distinctive “rumble strip” or other warning, alerting the driver to make a correction.

“When these systems are fully integrated, with multiple sensors confirming situational data, you get far more robust decision making in the system as a whole,” said TJ Thomas, director of marketing and customer solutions at the Bendix Controls group. “That means more effective alert prioritization and a substantial reduction of false alerts. And this sensor data fusion is also crucial to unlocking new safety capabilities like stationary vehicle braking.”

Stationary vehicle braking capability is seen by Bendix as a technological step forward from the stationary object alerts possible with existing systems.

Currently, the stationary object alert function gives the driver a warning only when a large metallic object is blocking the lane of travel. The stationary vehicle braking function delivers the same warning and can apply the brakes as well if the system recognizes the metallic object as a vehicle. To make this possible, Bendix has adapted technology powered by the Mobileye System-on-Chip EyeQ2 processor with object detection algorithms.

The new safety system from Bendix will also integrate with SafetyDirect, a web portal that provides fleet managers with videos of severe events. The system wirelessly transmits performance data and event-based information for analysis by safety persons, the company said.

“Collision mitigation system technology is the “X factor” in North American trucking and has a significant near-term impact on the commercial vehicle industry by reducing accidents,” said Jon Morrison, president and general manager, Meritor Wabco, at an industry panel on safety technology at Heavy Duty Dialogue 2014. “The trucking industry is leading the integration of vehicle safety technology. The payoffs include significant safety benefits for our nation’s fleets and the citizens on our highways.” 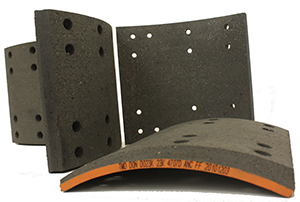 To keep brake maintenance costs as low as possible without jeopardizing safety, specifying the correct material is important. Installing the adequate material for the job will maximize the reward in miles run vs. maintenance dollars spent on the fleet’s trailers, say the friction experts at TMD Friction. Axle load, vocation and terrain are the three major questions to answer prior to spec’ing. Regional line haul in a flat terrain may require different lining than line haul in mountainous terrain. A logging trailer will require better friction than vans. The goal is to have tractor and trailer brakes wear out at the same time, if the units are married. This indicates good brake balance, with each brake sharing the workload. If units are not married, you will still want to have brakes well balanced. Long life materials are available as well. Although more expensive, if you can eliminate several brake replacements over the lifecycle of the trailer, there is savings in reduced labor and downtime. Selecting friction for a trailer should not be based on the cost only. Brakes are the most important safety feature of your truck-tractor-trailer. Choosing the right friction will ensure safety, improve driver comfort and even reduce costs per mile. Consult with a friction expert to determine the best material for your trailers. 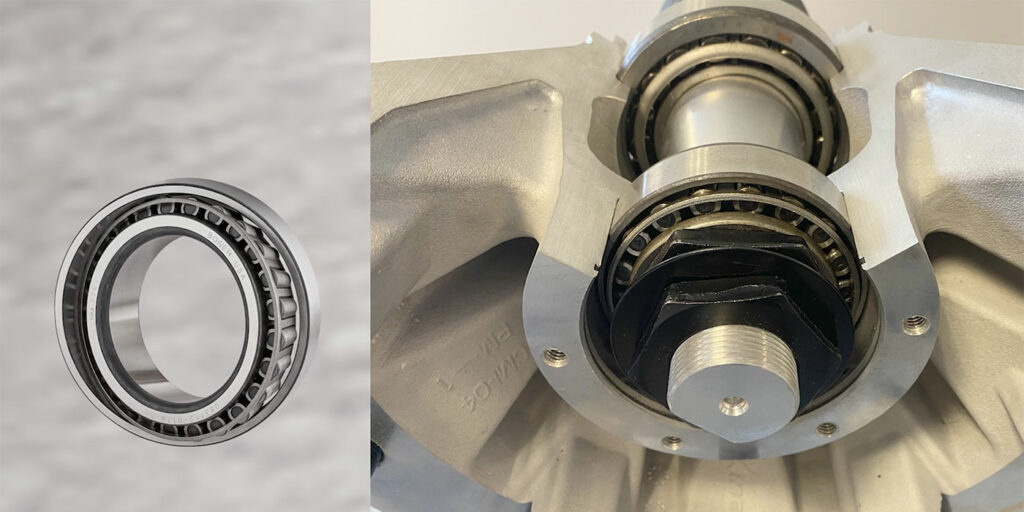 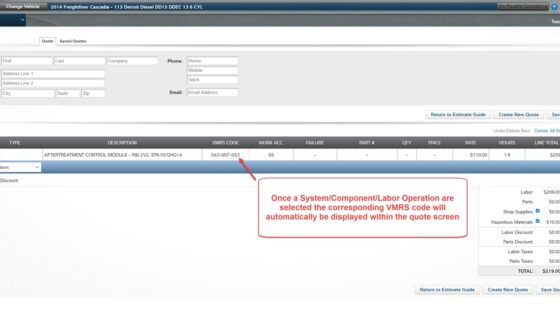