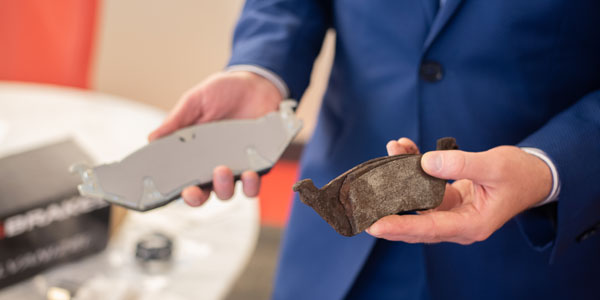 Adoption of advanced collision mitigation technology is increasing every year as more and more fleets see the ROI benefits of the technology. It makes sense—when you think about how much just one accident can cost a fleet, both in equipment and legal costs, it’s easy to see the ROI.

But the thing about advanced technology is that you can’t forget about your spec’ing strategy basics; even the most incredible technology can be undermined by ignoring the little things.

If you’re investing in an advanced safety system, for example, it’s important to remember that the system relies on having the right brake spec to operate optimally. If the brakes aren’t being kept in good shape, all that ROI from the safety system goes out the window.

Take brake pads, for example. Montu Khokhar, NUCAP’s chief executive officer, stresses how important it is that your trucks’ pads and friction are the best they can be.

“You’re spending so much money on advanced safety systems, and your weakest link is right here,” he says, holding up a disc brake pad. “This is your weakest link. You could have the best brake assist system, but if you have no friction or a part of your friction missing, it doesn’t matter what you have there, because this,”—he shakes the brake pad to punctuate his point—“is what’s actually doing the job.”

Rust is a major threat to brake pad life as it causes them to break apart and fail before the end of the brake’s useful life. And yes, we’re not talking about just a worn down pad with an increased stopping distance—we’re talking about one that’s outright broken, unexpectedly increasing stopping distances when you thought there should be plenty of friction on the pad. (The brake pad pictured above is an example.)

“At the end of the day, this brake pad has to do all the work,” Khokhar says. “We’re talking about pushing the pad against the rotor that’s turning and creating heat. That’s the end result of what we’re doing here, and if that the pad friction is broken, the system has to compensate for that gap.”

According to the Global Brake Safety Council (GBSC), numerous field studies of used brake pads found that brake pads failing due to rust has increased from .1% in the early 2000s to 19% now in the automotive world. As Khokhar puts it: “You don’t learn anything from a new brake pad. You learn everything from something coming off the vehicle.”

He warns that rust and corrosion can impact medium- and heavy-duty brake pad applications as well. 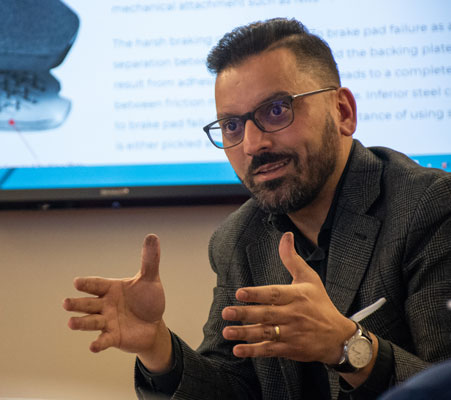 “It’s not just the snow and salt that’s killing the pad and getting the rust going,” Khokhar says. “When you have a painted part with no pre-coating on it, as soon as it chips, now you have exposed steel. As soon as you have rust, it starts breaking apart the bond between the backing plate and the friction.”