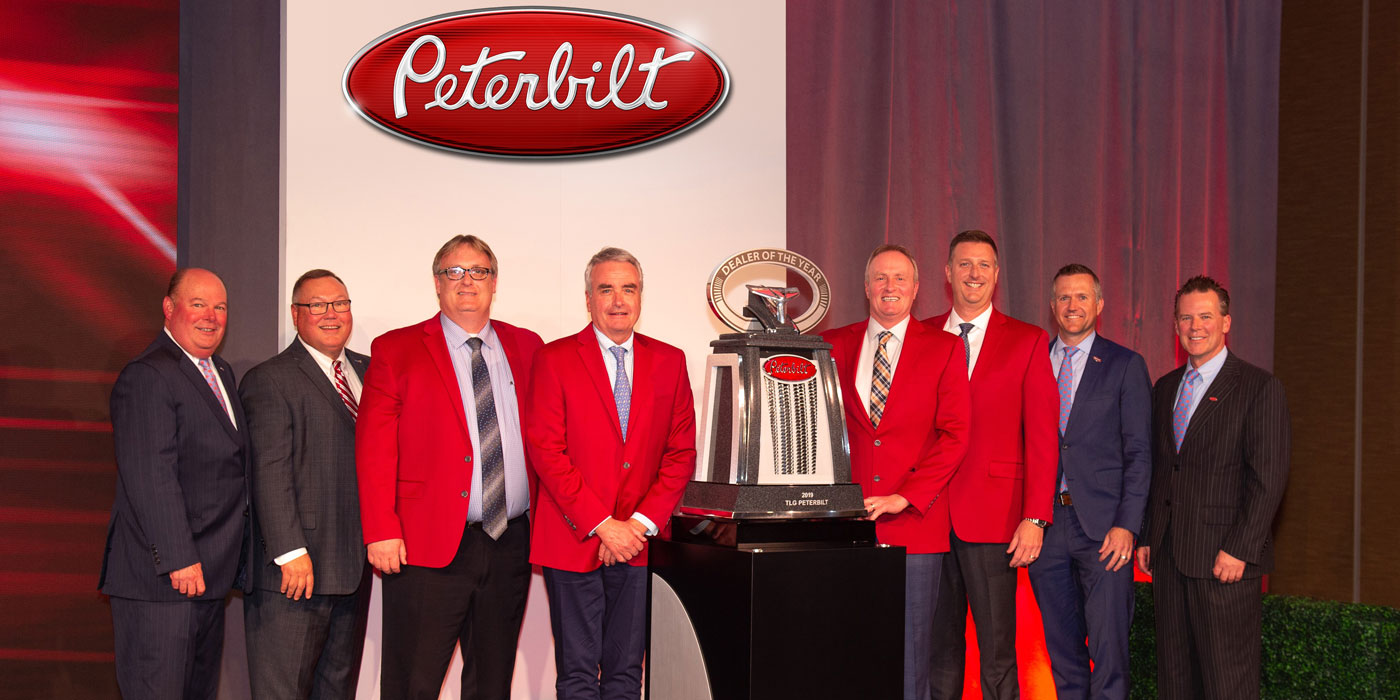 Peterbilt Motors Co. has named TLG Peterbilt as the 2019 North American Dealer of the Year.

According to Peterbilt, the Dealer of the Year Award is given to the dealer group that best represents Peterbilt’s commitment to excellence and the never-ending pursuit of driving uptime for its customers.

“Over the last three decades, TLG Peterbilt has made significant investments in their business. They’ve expanded their footprint, adding over 21 facilities, three of which were added in 2019 alone. Their continuous commitment to putting the customer first has paid off by making them one of the top-performing dealer groups across several key metrics,” said Jason Skoog, PACCAR vice president and Peterbilt general manager. “Their commitment to driving uptime for our customers clearly exemplifies their dedication to excellence and to representing the Peterbilt brand and products in a way we all take pride in.”

In addition to the 2019 Dealer of the Year, TLG Peterbilt took home a 2019 Best-in-Class award, which honors the dealer organizations that rank the highest across the North American dealer network. TLG Peterbilt also earned the Service Dealer Group of the Year award as well as five Platinum Oval awards, which are given to the elite Peterbilt dealership locations that have demonstrated outstanding performance during the previous year.

This is TLG Peterbilt’s sixth Dealer of the Year award, adding it to its awards in 2015, 2009, 2006, 2003 and 1998. TLG Peterbilt operates 22 dealership locations across eight states and finished 2019 as one of the top performing dealerships in parts and service, medium-duty sales, Class 8 sales and MX engine sales, Peterbilt says.

Heavy-duty: FTR’s May Shippers Conditions Index falls sharply in May but remains high