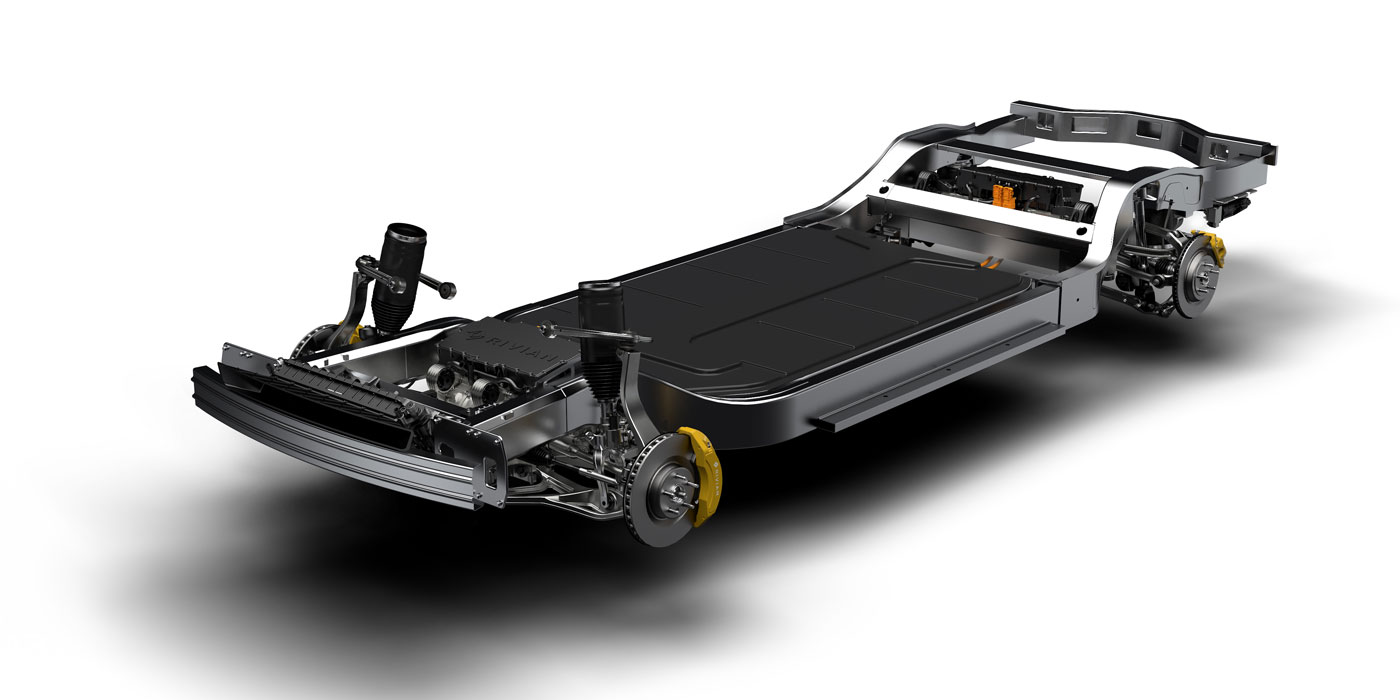 Autonomous trucks—despite being in the relatively early stages of development and a ways from widespread deployment—may be getting the lion’s share of the headlines, but a somewhat quieter revolution is taking place across the light- and medium-duty truck market; specifically, the ongoing roll out and use of electric vehicles for a range of delivery and vocational operations.

Among the latest manufacturers making news is Rivian, headquartered in Plymouth, Mich., which has made several significant announcements in the past year. Most notable among those is that Amazon is ordering 100,000 of its custom-built delivery vans for Prime deliveries, the largest order ever of electric delivery vehicles. Amazon plans to have the units delivering packages beginning in 2021, 10,000 of the electric vehicles on the road as early as 2022, and all 100,000 in service in the next 10 years.

The foundation of the Rivian models, including its R1T all-electric pickup and R1S all-electric SUV, is what the company calls its skateboard platform, The design packages the battery pack, drive units, and suspension, braking and thermal systems below the height of the wheels. Beyond the cargo space that creates, the company points out that the architecture delivers a low center of gravity that promotes agility and stability.

The initial Rivian models feature a quad-motor system that delivers 147kW with precise torque control to each wheel. Its unequal length double wishbone suspension in the front and multi-link suspension in the rear, the manufacturer notes, provide for dynamic roll control.

The company’s launch products deliver up to 400 miles of range and the Rivian battery module is designed for fast charging at rates up to 160kW. According to the manufacturer, that enables approximately 200 miles of range to be added in 30 minutes of charging time. In addition to DC fast-charging, an 11kW onboard charger facilitates rapid charging at a Level 2 charger location.

All Rivian vehicles will be produced at its manufacturing plant in Normal, Illinois. That facility and ongoing development of its technology will be funded in part by a $700 million investment by Amazon and an equity investment of $500 million from Ford Motor Co.

In addition, Ford and Rivian have agreed to work together to develop a new battery electric vehicle for Ford’s growing EV portfolio using Rivian’s skateboard platform.

“As we continue in our transformation of Ford with new forms of intelligent vehicles and propulsion, this partnership with Rivian brings a fresh approach to both,” said Jim Hackett, Ford president and chief executive officer.

“This strategic partnership marks another key milestone in our drive to accelerate the transition to sustainable mobility,” said RJ Scaringe, founder and chief executive officer of Rivian. “Ford has a long-standing commitment to sustainability, and we are excited to use our technology to get more electric vehicles on the road.

“We launched Rivian to redefine expectations through the application of technology and innovation,” said Scaringe. “We have spent years developing the technology to deliver the ideal vehicle for customers.”