Respect, investment and a focus on safety create a winning culture at Halvor Lines 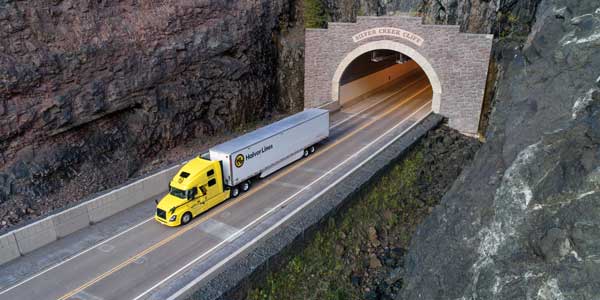 Headquartered in Superior, Wisc., Halvor Lines is often referred to as the “Superior Fleet,” a nickname it aims to live up to every day. “We’re always implementing new ways to make the lives of our drivers and customers better,” says Adam Lang, the fleet’s chief risk officer. “Our aim is nothing less than to transform the way people view a trucking company.”

Founded in 1968 and still owned and operated by founder Bill Vinje’s family, Halvor Lines is a truckload motor carrier offering dry van, refrigerated, flatbed, specialized and logistics services to all states within the continental U.S., Alaska and Canada. The company currently operates 438 tractors, including 87 owner-operator units, and nearly 1,300 trailers from terminals in Superior, and in Inver Grove Heights, Minn., and South Bend, Ind.

“We continue to grow by investing in our drivers and our equipment,” Lang says. “We understand that the best results come from the best drivers, so we make sure our entire operation revolves around their safety, health and satisfaction. Our success comes from integrating modern technology and late-model transportation equipment with a great workforce.”

At Halvor Lines, safety starts with driver training. The company has its own truck simulator where drivers typically test their skills in various scenarios. In October 2016, the company began using the Smith System to promote defensive driving practices and collision avoidance techniques.

“We provide the Smith System, including classroom and practical training, for drivers with some experience,” Lang relates. “We have found that those drivers are more likely to be complacent because they’re more comfortable behind the wheel. That complacency can lead to rear end or sideswipe crashes caused by distraction and/or fatigue. New drivers, on the other hand, tend to be more cautious and careful because they are nervous, which also keeps them focused. Those drivers tend to have accidents during backing or slow maneuvers.” 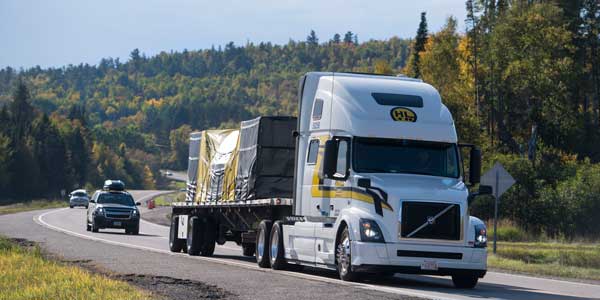 During new driver orientation and for continuing education, Halvor Lines has also been fine-tuning its driver training with CarriersEdge. “Our training has evolved,” Lang says. “We were running up to five hours of safety and training videos during orientation, but drivers didn’t absorb the content. With the way CarriersEdge presents training modules, our drivers are engaged and they retain the information.

“Our safety team works with our drivers individually, and if they sense a need for training in one area, or sharpening a driver’s skill in another, they choose from CarriersEdge’s list of training modules,” Lang continues. “Drivers learn better when they can choose their own learning environment, so they like that they can use their laptop or tablet to take refresher courses through the CarriersEdge portal when it’s most convenient for them.”

Online learning from CarriersEdge is also more efficient and less costly for Halvor Lines, Lang notes, because having drivers come into a terminal for training slowed down productivity. The platform is also used to upload company material and to monitor driver progress.

“We have low CSA scores thanks to our culture of safety,” Lang says. “One of our consistently most impressive scores is in the Maintenance BASIC, which also includes Cargo Securement.

“We use Vigillo for daily updates and for organized data on our compliance,” Lang adds. “Their CSA scorecards present the information in a way we can use to educate our drivers and our management and maintenance teams on what the scores mean, and more importantly about how they can consistently improve our performance.”
Safety is also reflected in the latest specs for new equipment at Halvor Lines. Disc brakes have been standard on all tractors for the past five years, and newer Volvo models are equipped with the OEM’s VEST (Volvo Enhanced Stability Technology) solution, which incorporates ABS, traction control and collision avoidance systems.

The comforts of home 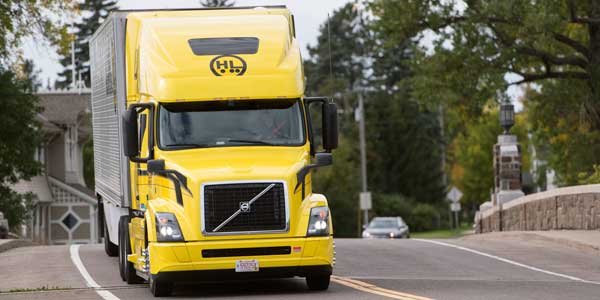 Halvor Lines’ dedication to its drivers is also reflected in its approach to driver comfort. In the fall of 2015, Halvor Lines also began installing EpicVue in-cab satellite TV systems in all of its over-the-road units. “It’s about providing drivers the comforts of home, which boosts productivity,” Lang says. “We’re also providing premium cabs and larger sleepers, Eberspaecher auxiliary bunk heaters, refrigerators and microwaves, and power inverters.

“It’s all part of our mission to help our drivers work in a healthy environment,” he adds. “We’ve also hired health and wellness professionals to educate drivers on healthy living and eating habits.”

While drivers are a top priority at Halvor Lines, fuel efficiency is also a major consideration. “Like most fleets, fuel is our largest cost,” says Jeremy St. Pierre, Halvor’s director of maintenance. “All of the new trucks we buy have SmartWay aerodynamic packages, fuel efficient engines, low rolling resistance tires and automated manual transmissions, which also help reduce fatigue. We’ve also tested trailer aerodynamic products and are using side skirts, which offer the best return on investment in fuel savings.”

The 351 company tractors in the Halvor Lines fleet include 240 Volvo VN models, 80 Kenworth T680s, and some Freightliner Cascadias and Mack models. The current average age of the fleet is 2.5 years, and the company’s trade cycle goal calls for replacing units after four years or 500,000 miles of service.

“We’ve used a mix of trucks for many years based on a comparison of price and operating costs,” St. Pierre explains. “Every year we look at the total cost of ownership for our existing fleet and for new units. We also have to consider growth forecasts, which can change the number of new vehicles we’re adding. In late 2016 and early 2017, for example, we purchased about 220 Volvos in four or five months.”

The 1,284 trailers at Halvor Lines include Utility, Wabash, Stoughton and Hyundai dry vans, Utility reefers with Carrier refrigeration units, Vanguard deck vans, and Utility flatbeds, deck vans and drop decks. Also in use are a new group of Reitnouer MaxMiser flatbeds with the Tarp Stop tarp system from Aero Industries.

Supporting the fleet at Halvor Lines are three full service shops and mobile service units staffed by 25 technicians. The carrier is in the process of building a more robust breakdown and road service team.

Lang relates that the results of those efforts can be seen in Halvor Lines’ driver turnover rate of just 38.5%, its 98% on-time record, and in numerous awards­—including being named Carrier of the Year twice by United States Gypsum based on its claims frequency, on-time delivery performance and CSA scores. Other recognitions include a first place National Fleet Safety Award from the TCA Safety and Security Division, a first-place Wisconsin Trucking Association safety award, and being named for five consecutive years to the list of “Best Fleets to Drive For” from TCA. The list, which is produced by CarriersEdge in partnership with the Truckload Carriers Association, recognizes for-hire carriers for providing exemplary work environments for their drivers.

“We’re constantly investing in new equipment and programs and striving for improvement in everything we do,” Lang says. “We attribute much of our success to building a strong company culture and having great respect for our employees and contractors.”