What you need to know about brake friction 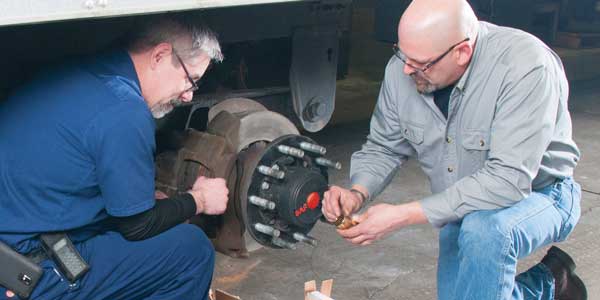 If you are spec’ing brakes, I’m sure I don’t need to tell you that lately, the brake market is increasingly split into two categories: the tried-and-true drum brakes, and the up-and-coming air disc brakes (ADBs). Although most heavy-duty vehicles on the road still use traditional drum brakes, which cost quite a bit less than disc brakes, ADBs are increasingly being specified due to the improved performance they provide.

“The most significant advantage of ADBs is better stopping power, reducing stopping distance by 10% compared with drum brakes,” said Jon Morrison, WABCO’s president for the Americas. “Because of their design, ADBs are exposed to outside air, which works to constantly cool the rotor, greatly reducing their tendency to overheat and nearly eliminating brake fade. Other ADB advantages are the extension of service intervals up to two times versus drum brakes and the ability to exchange the brake pads of four ADB wheel ends in the time that is needed to exchange the linings of one drum wheel end.”

Brake friction often changes when making a switch from one type of brakes to the other, and it’s important for fleet managers to know exactly what these changes will mean.

“The growing adoption of air disc brakes has prompted friction suppliers to ensure that their customers are properly trained and informed of the benefits of disc brakes, such as increased performance, life and ease of change,” said David Inman, field technician / technical sales for TMD Friction.

Greg Dvorchak, engineering supervisor for Hendrickson Trailer Commercial Vehicle Systems, weighed in on the changes from an engineering perspective, “Air disc brakes in the commercial vehicle market are semi-metallic, meaning they contain more than 50% ferrous (iron). The majority of today’s commercial vehicle drum brakes are non-asbestos organic [NAOs]. These formulas contain very little if any ferrous compounds. The increase in use of air disc brakes has forced friction material companies to develop materials that are different from field-established drum brake materials.”

One upcoming change that brake and friction suppliers are monitoring closely is the upcoming implementation of the Better Brakes Law, which has been enacted in Washington and in California (where it is named the Brake Friction Material Law). The law mandates that vehicle brake pads manufactured after 2021 must contain less than 5% copper, and by 2025, must contain less than 0.5% copper.

Joe Kay, director of brake engineering with Meritor, Inc., said that this law is one of the biggest challenges that brake companies such as his are preparing for.

“Copper is one of the elements used to manage thermal energy,” he began. “Since disc brakes operate at higher temperatures, we want to make sure the interface temperatures don’t get too high, or damage to the pad can occur through thermal destruction. Copper also contributes to stabilizing the friction Mμ. This is important as the brake is used at various speeds, temperatures and application pressures.

“We want to make sure the next-generation materials will provide as good or better benefits to the users,” he continued. “It typically takes four years to develop and release a brake friction because of extensive testing involved. There is laboratory testing, FMVSS vehicle testing, fleet testing in numerous vocations and then OEM test requirements to be met.

There are also multiple goals to hit before releasing a friction, he went on. “Performance is the primary objective,” he said, “but we also need to make sure NVH is good, wear kindness on the rotor is acceptable, cost is where the market accepts it, etc.”

From an aftermarket perspective, there are some additional changes that the growing prevalence of disc brakes has forced. 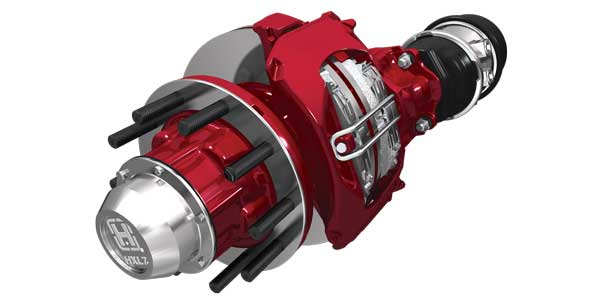 There are two important differences between the makeup of disc and drum brakes that result in different friction needs for your fleet. To understand these differences and what they mean, it’s time to talk a little science.

The first major difference between disc and drum pads from a friction standpoint is heat. Disc brakes operate, and can withstand, much higher temperatures than their drum counterparts. Drum brakes will typically operate between ambient and 300°F in service (depending on the vocation), while disc brakes in the same application would operate between ambient and 600°F, Meritor’s Kay noted.

Why is this? Application pressures are more than four times higher on disc brake pads as compared to drum brake shoes, explained Roger Jansen, product manager of trailer suspension systems (Americas) with SAF-Holland Inc. “This means that disc brake friction material has to be designed to perform at these high temperatures,” he said.

“Both drum and air disc brakes stop the vehicle by creating friction, which also generates heat,” WABCO’s Morrison explained. “Once the brake components become saturated with heat, it reduces their ability to halt a vehicle. As the name implies, drum brakes are housed inside a drum, which in high-braking conditions can result in too much heat build-up within the drum.

“Air disc brakes also rely on friction, but instead of housing the major components within a metal drum, disc brakes use calipers and pads to create friction on rotors to stop the vehicle,” he continued. “The rotor used in disc brakes is exposed to outside air, which works to constantly cool the rotor. Because ADBs are more efficient at displacing heat than drum brakes, they have significantly less tendency to overheat or fade.”

The second major difference between the two is that surface area of disc pads is roughly one-half to one-third of equivalent drum brakes—but, Hendrickson’s Dvorchak noted, the energy required to stop the vehicle is the same.

“This means disc pad friction material must be formulated to withstand two to three times the energy per square inch,” he added. “It also means that brake temperatures will spike hotter on an air disc brake than on an equivalent drum brake.”

This, he continued, means that disc brake frictions need to be designed to handle higher temperatures, and need higher strength materials used to hold them together during braking and thermal cycling. 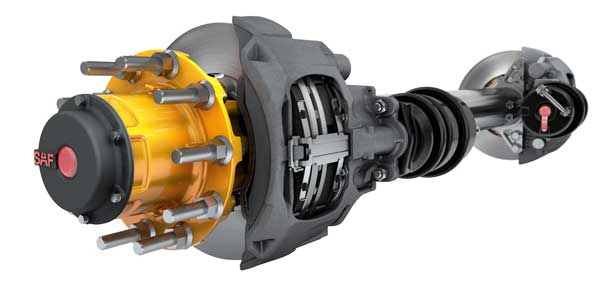 Many fleets trying to save a few dollars may decide to mix friction brands or quality between the tractor and trailer brakes; that is, to use one type of friction on the tractor and another type on the trailer, or vice versa. We polled brake experts to see whether this practice is advisable. The answer, in short: a resounding “no.”

“Friction material is a safety-related product and should be properly spec’d for the application for which it will be used,” pointed out Haldex’s Dunkleberger. “This practice applies for both drum brake and disc braking systems.”

Here are five of the reasons given for avoiding mixing and matching: 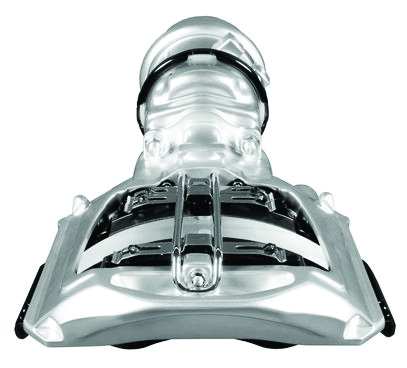 So how does a fleet know when it’s time to replace brake friction? When the friction is running low, the driver will often hear a high-pitched screeching sound and feel that the brakes are not as responsive as they should be or that the truck pulls to one side when the brakes are applied. Of course, routine inspections and maintenance should detect friction wear before the driver ever notices that the pads need replacing. WABCO’s Morrison recommended that fleets visually inspect or measure the brake pad thickness with wheels on every six months and do the same with the wheels off every 12 months.

To that end, most lining and pads will have visual indicators that will provide guidance as to when the friction needs replacing.

“For a brake lining, the minimum lining thickness is ¼ in., and air disc pads should be replaced when the friction wears down to 3 mm above the backing plate,” TMD’s Inman said. “Fleets should stick with the rated axle load when choosing lining. Installing 23K lining on a 20K axle is not improving wear or brake balance. Line haul 23K axle should be a different material than 23K refuse hauler.”