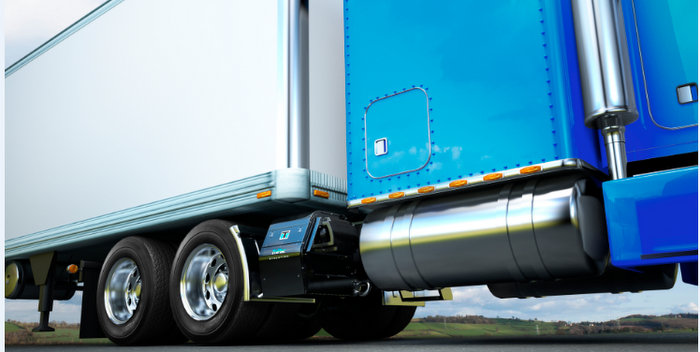 As truck equipment advances to meet high-efficiency expectations, increased regulations demand more attention from fleet managers who already have their hands full meeting schedules and keeping trucks running. Idle regulations, for example, can be one of the most challenging regulations to keep up with, as they vary from city to city and state to state. On top of that, some regulations are based on emissions, like California Air Resources Board (CARB), while others are based on idling and the noise generated.

“We’ve seen a significant increase in the number of state and local anti-idling laws over the past 10 years,” said David Kiefer, director of marketing and product management, Carrier Transicold, truck/trailer/rail Americas. “Although most idling regulations restrict idling to three or five minutes, allowances range from 0 to 20 minutes in places that restrict idling. Penalties can be significant, so familiarity with local regulations is important.”

Now add in the astronomical fuel cost due to excessive idling—discretionary idling for a typical fleet sleeper truck can consume as much as 3,000 gallons of diesel per year. It’s clear that outfitting your trucks with an idle-reduction solution can help minimize idle time, increase fuel efficiency and ensure your fleet meets idle regulations regardless of where they are.

Calling in the heavy auxiliary 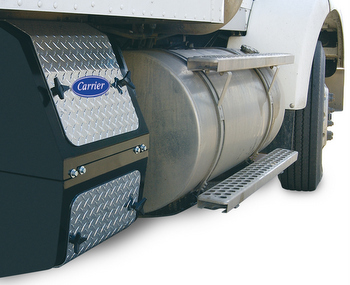 The energy demands for sleepers is increasing with every new wave of power-hungry devices and equipment. Auxiliary power units (APU) are an effective way to supply power to a cab while minimizing idle timing and reducing fuel usage. Ranging from diesel engine designs to hybrids to battery-powered units, an APU is an onboard solution that contains small generators and climate control components that are mounted to the truck and provide heating, cooling and 110v power to drivers.

Diesel units contain a small engine that draws fuel from the truck’s fuel tank and runs as needed, providing a virtually endless power supply for in-cab appliances. Battery-powered APUs are charged while the truck is in operation, often in as little as five to six hours, and serve as a power source while the truck engine is turned off.

“Diesel APUs have an infinite amount of power available, while battery-based solutions are cost effective and have a finite amount of power available,” explained Steve DeLarosby, product manager at Thermo King, which offers the TriPac Evolution APU—a less than 25-HP APU that was designed to meet Tier IV Environmental Protection Agency (EPA) final regulation requirements and has received CARB certification for the diesel particulate filter. “Both are beneficial, depending on the fleet and owner-operator’s business model. Comparing any battery-based APU to a diesel APU is difficult as the hours of service needed from drivers vary, as does the size of the battery.”

The market has several diesel-powered solutions to choose from. The aforementioned TriPac integrates into the tractor to provide increased fuel savings and overall ROI benefits. Whether purchasing a new tractor or installing it on an older model, you need to make sure you have a designated space for the APU to be installed—that means communicating with the OEM or your dealer. On the OEM front, they can run coolant lines to the engine if the selected APU has the ability to warm the engine, like the TriPac Evolution.

The Carrier APU provides heating and cooling completely independent of the truck heating system. It also sports the ability to heat the truck engine for cold weather starts. A Deltek hybrid diesel-electric architecture uses a clean-burning two-cylinder, 13.9-HP diesel engine to drive a 6 kW electric generator, which generates enough current to run cabin household accessories. Additionally, an optional shore power connection located outside the sleeper cabin can enable the unit to switch over to 110/120-volt household power at truck stops and rest areas.

“The Shorepower Truck Electrification Project (STEP) provides environmental benefits that come from not running the truck engine or even an APU engine. At around $1 per hour for electricity, it may also provide a cost savings in situations where drivers need to park for short rest breaks or overnight stops,” Carrier’s Kiefer said. “For refrigerated haulers, some STEP locations can help eliminate idling of refrigeration unit engines as well. Fleets looking to take advantage of these locations should consider refrigeration units that are equipped with electric standby capability. Carrier Transicold dealers offer a 67-ft. extension cable to make it easy for truckers to take advantage of STEP facilities with 460V plug-ins for hybrid refrigeration units, such as those from Carrier Transicold’s Vector platform.”

Joe Yoder, director of sales and marketing for Cantwell Power Solutions, one of the nation’s largest dealers for the Dynasys APU, a diesel-powered unit with a Yanmar, two-cylinder engine that provides back-up alternator support, air conditioning, heating, 110V outlets in the sleeper, and power for a plug-in block heater, explained that the Dynasys system is considered a “stand alone” unit that does not tie into the truck’s coolant lines.

“Being independent of the truck’s coolant lines has numerous advantages. The biggest is that the APU can operate while the truck’s engine is running,” he said. “So, if the truck’s alternator fails, the Dynasys will detect the voltage drop in the batteries and turn itself on automatically, and keep them charged so the truck keeps rolling and on schedule. It also means your drivers have back-up A/C and heat to stay comfortable and safe.

“The Dynasys only connects to a fuel tank and the batteries. The Cabin Control Unit is also powered by the truck’s batteries,” he continued. “This lets the APU turn on the A/C, heater and block heater automatically whenever the cabin or outside temperature reaches a driver-selected start point. This ensures the engine is always warm and ready to go, batteries are fully charged, and the driver never wakes up shivering or in a pool of sweat.”

APUs that tie into the coolant lines do this to warm the truck’s engine during cold weather. Newer-style APUs generate 110V electricity via a generator and have the power to heat the engine with the block heater. The integrated cooling method is effective and was the only way to warm an engine before they started coming with a built-in block heater. Unfortunately, integrating the coolant lines means that if the truck or APU springs a leak, both units go down.

As far as maintenance is concerned, diesel APUs typically require oil and filter changes, belt replacement and other periodic service. While usage can vary from fleet to fleet, diesel APUs typically have a 13 to 14 month ROI, assuming that diesel prices are around $4 per gallon and drivers take normal rest stops.

Electric units have their own advantages: They are quieter and simpler, with fewer moving parts, and don’t rely on diesel fuel for power. Maintenance is also simplified. For these APUs, a simple filter change is the only preventative maintenance, aside from the need to change batteries at some point. When implementing an electric solution, fleet managers will want to be sure that they can meet electrical demand.

“A liability with an electric unit is the length of time it provides A/C. Most systems claim 10 hours, but that’s the maximum under ideal circumstances,” Yoder explained. “This time limit also means an electric APU cannot get through a 34-hour re-start without requiring that the truck’s engine be used to charge the batteries. At least once or twice during a re-start, the truck’s engines will be running for up to six hours to recharge the batteries. This puts the driver at risk of violating no-idle restrictions.”

Bill Gordon, vice president of Global Truck for Bergstrom, manufacturer of the battery-operated No-Idle Thermal Environment (NITE) systems—the NITE Phoenix, NITE Plus and NITE Day Cab units—pointed to options to supplement the power demand. As a battery-powered system, the NITE solution can reduce the average truck’s fuel usage by as much as 3,790 gallons a year and save the owner more than $15,353 per truck, per year in reduced fuel costs and maintenance, based on diesel prices of $4 per gallon, six-cylinder engine, 1,000 idling RPM, eight idling hours per day, 300 days per year.

“If they need extended run time on our battery system, there are shore power, eNow solar battery charging and Vanner auto start-stop system options that will increase the run time significantly,” he said. “The return on investment varies by application and how you run the numbers. We have a payback calculator on our website, www.nitesystem.com, that looks at fuel consumption payback only. The reduction in oil changes, extension of the diesel particulate filter life due to reduced idling and other factors also need to be considered.”

Robert Hopton, chief executive officer of Idle Free Systems, an all-electric APU solution, explained how the Idle Free system does not rely on the truck’s starter batteries. The system sports an independent battery bank consisting of four AGM batteries that captures energy produced by the engine’s alternator and stores it. When the truck’s engine is off, it converts the stored energy into 120V electricity using a pure sine wave inverter; Shorepower, which is standard on every Idle Free system, that provides unlimited runtime when plugged into all-weather electrical outlets; and its unique Reefer Link, that allows the APU to be powered by the reefer.

Determining the right solution will largely rest on the needs of the individual fleet. Both diesel-powered and electric APUs are reliable, cost-effective alternatives to idling and both offer viable options for fleets—but much is based on fleet discretion.

Fleets want the assurance of technical support no matter where the unit goes, explained Kiefer. “For fleets that travel long distances, it’s best to choose manufacturers that provide nationwide service support,” he said. “If an APU needs service while on the road, you don’t want your drivers to find themselves in a situation where there are no service centers for miles.”