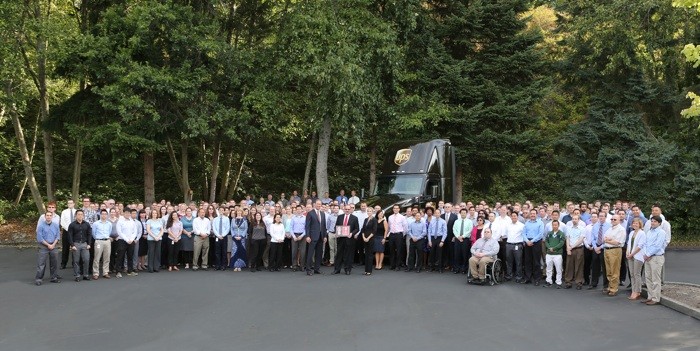 UPS received the milestone 50,000th PACCAR MX series engine installed in a Kenworth truck during a special ceremony. The PACCAR MX-13 engine comes with a new Kenworth T680 Day Cab that will serve UPS operations in the Seattle area.

“Our Kenworth T680s with the PACCAR MX engine are performing well in UPS operations throughout the United States,” said Bill Brentar, UPS director of maintenance and engineering. “It’s certainly a nice honor to receive this milestone 50,000th PACCAR engine in our new Kenworth T680. We appreciate our productive collaboration with Kenworth and MHC Kenworth – Atlanta, and look forward to our continued mutual success.”

In total, PACCAR has produced 100,000 PACCAR MX engines at its Columbus, Miss., engine plant for the North American market since it was opened in 2010.

Advertisement
In this article:Kenworth, PACCAR, UPS

Vnomics partners with Platform Science, offers True Fuel to fleets
Connect with us