The cost of truck tire underinflation 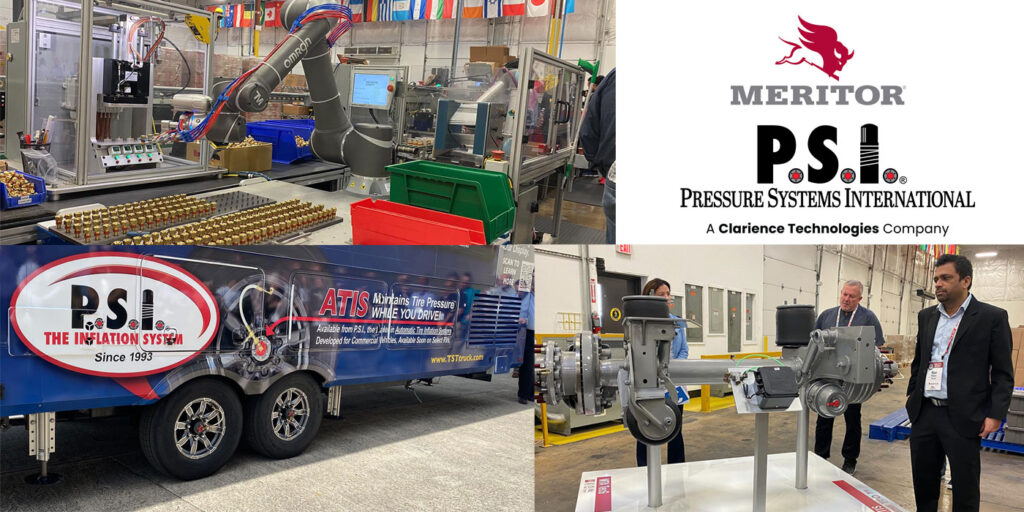 The price of gas steadily climbs along with consumer expectations in the growing market. Now, more than ever, fleet operators are depending on their trucks to get the job done right and in a timely manner. That cannot be done if your trailers are rolling on underinflated tires. Tire pressure plays an important role in keeping your trucks on a roll and ensuring the proper inflation of all 18 tires, while a timely and strenuous task, is essential in order to avoid being sidelined.

There isn’t a shortage of reasons as to why a fleet operator should regularly inspect their trailers’ tire pressure. Blowouts, missed deliveries, downtime, overheating wheel-ends and roadside repair costs, just to name a few, are all consequences that can be avoided through correct tire psi.

The industry has been touting the issue of underinflation for decades yet it is still the main cause of tire problems among U.S trucks. It is an issue being combated by Pressure Systems International (P.S.I.) through the development and production of automatic tire inflation system (ATIS) technologies, a solution that actively fills tires if they drop below a set PSI while the driver operates the vehicle.

While visiting the facility with current production distribution partner, Meritor, I got to learn more about the strategic acquisitions, partnerships and product development happening within the walls of P.S.I.

The company had a long-standing relationship with Meritor since 1998 to produce Meritor’s automatic tire inflation system (MTIS). Following the 2019 announcement of 1.8 million systems sold, the partners continue expanding their reach and nearing the milestone of 2 million out in the field.

This year brought a change of ownership to P.S.I. In July, Clarience Technologies announced the acquisition of P.S.I., a once independently owned company. P.S.I., which evolved from Truck-Lite into a trailer technology company, now extends its automatic inflation technology offerings to a broader market.

Even though they are under new ownership, P.S.I. stayed close to the Meritor family through the ongoing production partnership to deliver the Meritor Tire Inflation System (MTIS).

“As part of Clarience Technologies, we can continue to bring future innovations to transportation in the years to come,” said Tim Musgrave, president and CEO, P.S.I., during the press event. The acquisition allows Clarience to expand its technology-focused portfolio to tire maintenance technologies seeing wide-spread adoption in the industry.

Clarience Technologies also entered into a data partnership with Meritor in March to integrate Meritor component data into the Road Ready telematics system. Through the integration of wheel-end, braking and tire system data sets from Meritor, customers will have a more in-depth look at the state of their tires and wheel-end operations.

While P.S.I. is now under its portfolio, Clarience Technologies has additionally had a data integration partnership with P.S.I. since 2021 to integrate P.S.I’s air-tank pressure, tire pressure and wheel-end temperature data to the Road Ready telematics dashboard. This previousdata availability integration continues under the new ownership.

While touring the inside of the facility, Musgrave explained that the employees on the assembly line building the systems everyday are the ones who position the company for success and expansion. Expertise in what they do radiated through their careful attention to detail while assembling the units and explaining the process.

Presentation stops were placed throughout the plant to allow observers to check out the production line. The employees, computers and robotic systems worked in unison to not only construct ATIS systems but also ensure desirable performance through rigorous product testing and a multitude of quality assurance checks throughout the components journey.

To get a better idea of how this all fit together to form the technologically enhanced puzzle, Ravi Khaire, product manager of air ride suspension for Class 8 trailers, Meritor, walked us through the display of Meritor’s ATIS system, dubbed the Meritor Tire Inflation System (MTIS), and MTA-Tech6, their lightest trailer air suspension system, to show how the two systems independently work to optimize performance.

Watching all of the pieces fall into place to create the entire product was beneficial to gain a deeper understanding of the technology’s intricacies and purposeful design.

On average, MTIS implementation on trailer tires can extend tire life by 10% and increase fuel economy by an average of 1.4% according to a study by the Federal Motor Carrier Safety Administration (FMCSA).

Today, P.S.I.’s MTIS accounts for over 70% of tire inflation technology utilized on the top 200 for-hire and private fleets. MTIS is available as a retrofit option for existing trailers and a spec for new ones.

Pressurized air first makes its way through the air supply line to a filter that removes any lingering impurities. The pressurized air then flows into the control box where it is regulated to the preset psi determined by the fleet manager. Regulated air flows from the box through a hollow axle tube to the rotary union. As needed, the air is transmitted through the hose and into the tires. Drawing from the trailer’s existing air supply, MTIS mitigates the results of low pressure or steady leaks.

Just like any other component attached to a vehicle, keeping an eye on temperature remains a vital part of safe operations. That’s why MTIS units come standard with a temperature sensor that keeps track of wheel-end temperature. If set off, the system will immediately notify the driver of overheating in the wheelend to ensure preventative measures can be taken to avoid further damage to the trailer and contents.

More support around the wheel

ATIS technology is just one of the product offerings presented by P.S.I. The company offers a specialty tire pressure monitoring system (TPMS) called TireView. This system is designed to reduce inspection violations and other tire-related costs. Detecting both slow and fast air leaks, TireView alerts the driver of an issue and can also be set to a fleet’s specifications regarding temperature and pressure parameters.

ThermALERT, the wheel-end heat sensor mentioned above, is also a product of P.S.I which now comes standard on all ATIS units.

According to P.S.I., there is also a digital version of the ThermALERT, which utilizes dedicated wheel-end sensors, transmitting real-time temperature through its TireView LIVE platform. This allows fleets to analyze temperatures, equipment performance and get proactive with wheel-end maintenance.

Improper tire inflation increases the risk of potentially costly, and not to mention dangerous, tire-related consequences, but as long as we keep seeing industry collaborations such as these, issues that originate from underinflation could soon be a thing of the past.