Crawl under a Great Dane trailer to take a look at an eHub with ConMet's VP, GM Marc Trahand 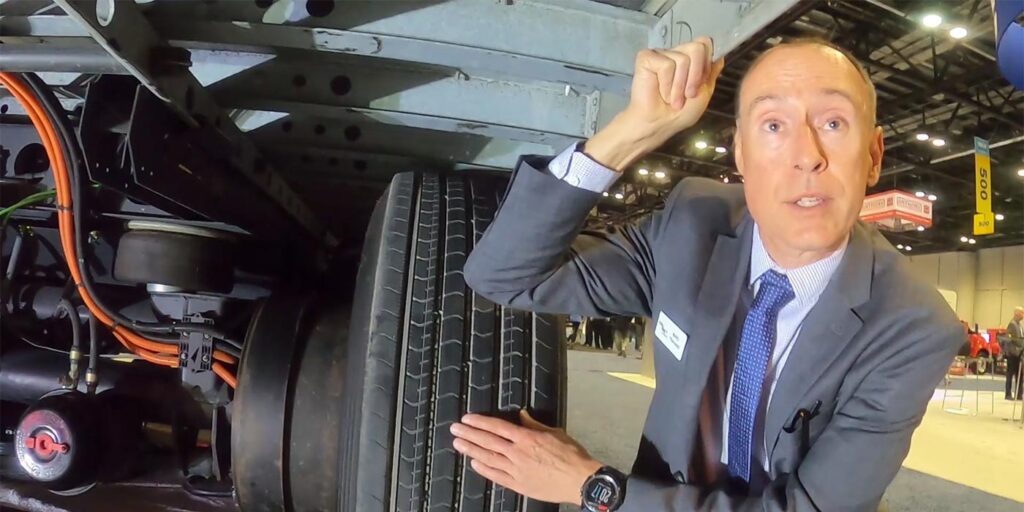 There’s only one way to get a good look at a trailer suspension eHub that generates electric power and sends it to an electric trailer refrigeration unit (TRU): You have to crawl under it. That’s where I knew we’d end up when I caught up with Marc Trahand, vice president and general manager of ConMet eMobility, at his booth during TMC 2022, and he asked if I wanted to go take a look at the PreSet Plus eHub, a system that pairs an in-wheel electric motor with a ConMet PreSet Plus hub assembly and is engineered to capture kinetic energy and convert it to electricity. The system was integrated into the technology-laden Great Dane trailer in the trailer manufacturer’s booth.

ConMet’s eHub system was the first product announcement to usher in an electrified trailer/TRU combo, but it’s a segment that’s poised for growth. For ConMet’s part, the supplier announced several partnerships that will help bring the eHub to market, including a commercial partnership with Carrier Transicold. But it’s one thing to talk about how a new product works and another thing to see it. So join Trahand as he walks us around the Great Dane trailer, actually turns on the Carrier Vector electric TRU and crawls under the trailer to take us on a tour of the eHub.