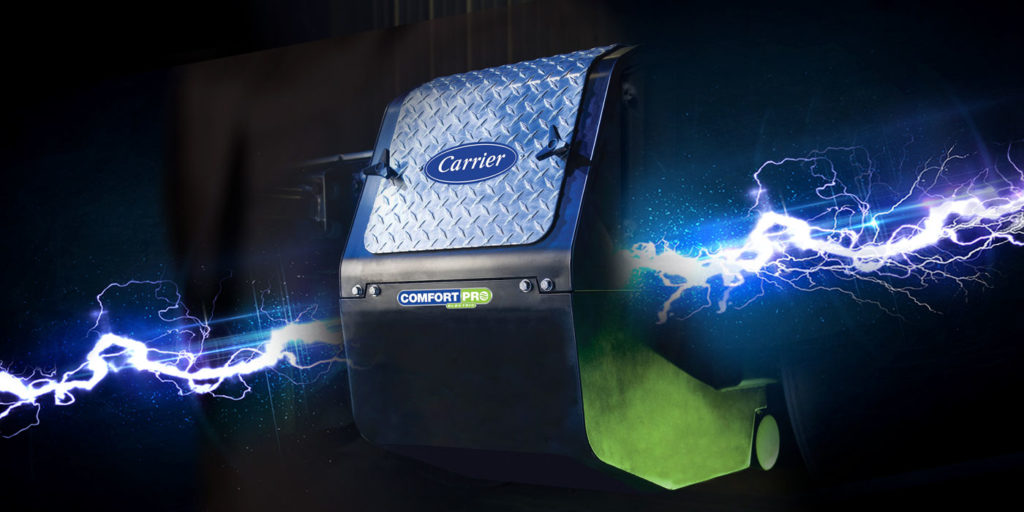 The world has changed. The pandemic has seen to that. Your challenge continues to be ensuring that your truck drivers and equipment operators are safe and comfortable. That means your drivers could spend longer hours sitting in your parked trucks.

“Even in our current situation, commerce continues to move; trucks and drivers are on the roads, oftentimes in triple-digit temperatures,” said Greg Bremhorst, sales manager at Phillips & Temro Industries (PTI). “High ambient temperatures are a main cause of truckers’ sleepless rest periods, which means keeping them cool and safe is a top priority when they’re hauling in high temperature areas.”

“Many drivers will even push for a specific brand or type of APU,” said Jim Flaherty, senior product manager of APU at Thermo King. “Previously, we would have said that fleets were able to keep drivers longer when they had an APU. Now that their use has gone mainstream and most drivers are aware of their benefits, we will typically hear that fleets will struggle to recruit many drivers if they don’t offer an APU.”

While diesel APUs have been a mainstay of long-haul truck applications, electric APUs are often selected by regional haulers with a need for overnight air conditioning. Or, in our current market, longer-than-expected truck dwell times when you don’t want to burn diesel to keep the truck cool.

“Simpler in design and operation, electric APUs are also selected for their low-maintenance aspects,” said Ryan Rubly, product manager of alternative power for Carrier Transicold, truck/trailer/rail, Americas. “Additionally, while a basic electric unit is designed primarily as an air conditioning system, some, such as the ComfortPro electric APU, can be enhanced with additional capabilities such as cab heating, truck engine preheating, an inverter for hotel loads and shore power connectivity.”

There are plenty of electric APU options and solutions to choose from. Here’s where you start.

Electric APUs are primarily concerned with the HVAC operations, ensuring that the proper cab temperature is maintained when the engine is off. They are powered by additional battery packs that are installed in the truck and are charged by the alternator when the truck is rolling. Cooling capabilities are front and center when talking about APU performance. One frequent question from drivers: How will the APU compare to the truck’s diesel-driven HVAC system?

“Phillips & Temro developed the Idle Free Series 5000 utilizing the latest, proven compressor technology that, when combined with a wall-mounted evaporator, delivers more than 300 CFM of airflow and can maintain an average cabin temperature of 68 degrees Fahrenheit in an ambient temperature over 100 degrees,” Bremhorst said.

What about the run time?

“A common misconception of electric APUs is that they need to run forever and never restart the tractor to get more available power,” Thermo King’s Flaherty said, noting that this is not true. “Runtime is the biggest question drivers and fleets have for electric APUs.”

Flaherty noted that its TriPac Envidia will provide 10 or more hours of runtime, even in the sun during the day when it’s 95 degrees outside, to drivers to help get them through their full rest period.

“During particularly hot days or long rest periods like a 34-hour reset, the tractor may need to be started for about an hour to recharge the batteries,” Flaherty said. “Despite the possibility of an occasional tractor restart, fleets are still seeing their overall tractor idle percentage below 15% or even less.”
Power management systems can help stay on top of usable battery power and not drain the banks too low in the event that the electric APU is taxed by hotel loads.

“Charging and power management are key to getting the most life and performance out of the maintenance-free Absorbent Glass Mat (AGM) batteries used in most battery-powered APUs,” Carrier Transicold’s Rubly said. He also noted that Carrier Transicold’s ComfortPro electric APU uses technology that manages power usage to minimize battery drain when running the air conditioning system compressor, allowing for up to 11 hours of runtime noted in product literature. “Additionally, some fleets are taking greater advantage of solar panels to help maintain APU battery charge when the rig is parked during daylight hours.”

“The Idle Free Series 5000 has the ability to monitor both battery banks so that hotel loads can be utilized off the batteries versus idling. Our system will auto-start the truck in case of either battery bank getting low on charge.”

Of course, your runtime mileage will vary depending on the temperatures, applications and hotel load demands you’re making of your APU.

Outside of the aforementioned creature comfort benefits, electric APUs are much quieter than their diesel counterparts and a world away from idling the truck.

“This helps drivers, and those parked near them, get a better night’s rest,” Thermo King’s Flaherty noted. “TriPac Envidia operates at a near-silent level both outside and inside the cab.”

For fleet managers, there’s also less maintenance to worry about.

Granted, diesel APUs provide much more power and flexibility with hotel load demands. (For an idea of how much more power, here’s a fun fact from Rubly: “the ComfortPro diesel APU from Carrier Transicold provides 5.2 kW of clean AC power—the same quality electricity as the power delivered to most homes in the U.S. by an electric utility.”)

Finally, there’s the environmental impact. Most electric APUs are CARB compliant. And if California is any indication of future trends, lower emissions are going to be a drum that will be pounded continually.